When Kabul fell to the Taliban on August 15, following the precipitous withdrawal of U.S. troops, “Afghan women and girls” (a ubiquitous phrase over these past 20 years) were once again thrown into the center of the international conversation. Foremost on people’s minds was whether the Taliban would allow women to continue going to school and work. But there has also been a great deal of handwringing about whether the U.S. occupation of Afghanistan, which began in 2001 and mobilized the language of “saving women,” had really benefited women at all. If so, which women? And at what cost? Who had won and who had lost from the U.S. presence? Was the United States now abandoning Afghan women by leaving? And most importantly, what would become of them?

​As a historian whose work touches on the first “public” school for girls in Kabul, established exactly 100 years ago, I have been asked several times in recent months to weigh in on how the past might speak to the present and future. These questions underscore a mistaken belief that understanding the status of Afghan women then and now could make the United States’ War on Terror or its so-called “peace deal” make sense.

It will not. The past does speak to the present, but not in the ways that people expect or find satisfying. It can tell us little about what will happen, but it can challenge us to think a bit differently about the frames we use to consider the present, particularly when it comes to Islam and debates over Afghan women’s education.

The past does speak to the present, but not in the ways that people expect or find satisfying. It can tell us little about what will happen, but it can challenge us to think a bit differently about the frames we use to consider the present.

In 1921 the first “public” school for girls opened in Kabul. Maktab-i Masturat, as it was called, was a primary school established by Queen Suraya Tarzi, the wife of the reformist Amir Aman Allah Khan (r. 1919–1929) and daughter of one of Afghanistan’s most important early twentieth-century intellectuals, Mahmud Tarzi.

Throughout the 1920s, the school was a prime target of controversy, as (mostly) men debated whether women should be educated in the school or at home. After Aman Allah was overthrown in 1929, among the first policies in the ensuing period was the shuttering of the school. The story is often told as one of secular modernity, as embodied by women’s education, stymied by conservative, religious, or “tribal” backlash.

However, looking beyond the debates over education at the time or how the history has been narrated, to the substance of the first girl’s school curriculum illustrates a fascinating case study, not in secular reform, but in women’s Islamic education. The women who taught at this school and the girls who studied there did so within an explicitly Islamic framework.

The substance of the first girl’s school curriculum illustrates a fascinating case study, not in secular reform, but in women’s Islamic education.

One genre of books that were used in this first school were diniyat, religious studies textbooks. In the 1920s, religious studies texts for girls mirrored those used by Afghan boys, which reflected larger transformations in religious education across South Asia. They were written in a vernacular Persian and relied heavily on the question-and-answer format.

One of these texts, available at the Afghanistan Digital Archive, is titled A Book of Religion for the Fifth Year, Especially for the Women’s Schools. Like the corresponding Afghan schoolbooks for boys, it began by taking up matters of belief (iman) and theological questions. This was followed by a section explaining ritual actions—from zakat to hajj to fasting. However, these ritual actions were explicitly discussed in terms of how they pertained to women, complying with the Hanafi juristic emphasis on matters of praxis. For example, the schoolbook states that pregnant or nursing women who miss a fast during Ramadan are not required to both pay the fidyah (religious donation for a missed fast) and make up missed days of fasting.

The books also contain passages outlining the dominant Hanafi position on women's rights in marriage, like the below, that made women forcefully aware of their rights within an Islamic framework:

It is not permitted for a guardian to force a girl into marriage with someone who does not please her. If the guardian asks her, “Do I have your permission to give you in marriage to him?” and she is silent, that is permission... you must speak with your tongue!

Women were being taught that, according to their religion and within its strictures, they were agents with rights and voices.

When it came to the home economics textbooks used at this school, unlike what we see in many contemporaneous examples from the Iranian, Arab, and Turkish contexts, Afghan women were not learning from translations or adaptations of the European domestic sciences. Rather, they were taught the work of Muhammadi Begum, a Sunni Muslim scholar from northern India, who edited the Islamic weekly for women, Tehzib-e Niswan. It was her book on household management, translated into Persian, that Afghan schoolgirls read. Even the newspaper records I have seen from the time emphatically highlight the intersection of women’s schooling and piety.

Suraya Tarzi, in her speeches and writings, also emphasized women’s education as both grounded in and intimately connected to knowledge of Islam. She quoted the prophetic hadith that “to seek knowledge is the religious duty of all Muslim men and women” and drew on examples from the early days of Islam to argue that in Islam, “education is considered equally important for women.”

What does any of this mean for today? I think it pushes us to ask different questions about the education of women and girls, questions that do not focus on doctrinal debates or what Islam has to say. Rather, if there is one grand continuity or parallel between the past and present it is that, as in the 1920s, debates about women’s education are embedded in another set of constraints and considerations, about contesting visions of patriarchal authority and state control. Religion, like women, was caught up in a broader competition between state and family, over who had the right to determine women’s status.

As we speculate about the future of Afghan women, I would offer one other lesson from my work on the past: It’s imperative we look beyond these existing debates and locate women themselves as complex and diverse actors.

Similarly, women’s education during the era of the U.S. occupation in Afghanistan, as has been amply discussed over the past 20 years, in part, reflects a top-down vision of “liberating” some women to justify a neocolonial intervention. The flipside, women being kept from schools by the Taliban, is its own form of boundary-marking and authority-seeking, one riddled with contradictions. According to recent reporting from Afghanistan, in some regions like Balkh, schools have managed to negotiate access to secondary education for women, even as the Taliban administration in Kabul has been delaying an overarching policy that would allow all women to return to secondary schools, citing not religious precepts but vague allusions to security.

As we speculate about the future of Afghan women, I would offer one other lesson from my work on the past: It’s imperative we look beyond these existing debates and locate women themselves as complex and diverse actors. The women I study from the 1920s were largely from elite families connected to the state, but this exceptionalism does not mean their stories tell us nothing. After the women’s schools were closed, many of them would continue to work in education and organize on behalf of women across the country and transregionally. Even when state policies are reversed, their impacts can endure in unexpected ways. 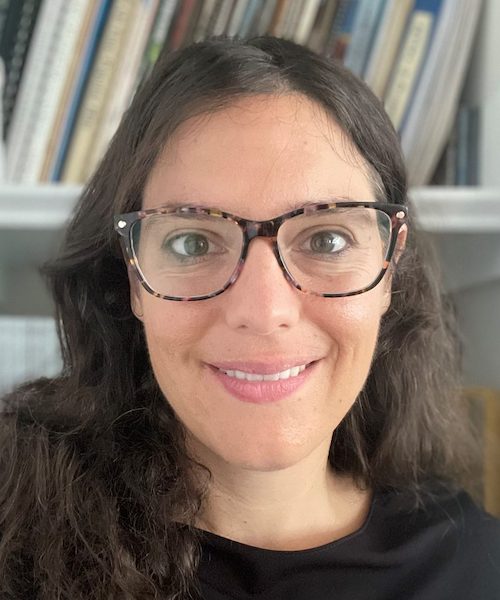 Marya Hannun is a historian of Afghanistan in/and the Middle East and is currently the Qatar Post-Doctoral Fellow with the Center for Contemporary Arab Studies at Georgetown University. Hannun holds a Ph.D. in Arabic and Islamic studies from Georgetown, and her dissertation explored the role of women, transregional networks, and Islamic reform in early twentieth-century Afghan state-formation.