The Taliban vs. Global Islam: Politics, Power, and the Public in Afghanistan

Since the Taliban’s takeover of Kabul on August 15, both the weary citizens of Afghanistan and the international community have been taken on a dizzying and derisive ride. The question of whether the Taliban have or have not changed is of primary concern. Various Taliban leaders and spokesmen have averred that the Taliban have changed, that they are inclined toward an “inclusive” government guaranteeing rights for women and working in partnership with the global community. With every passing day, however, new details emerge that seriously contradict the Taliban’s statements and their promises made in the 2020 Doha Agreement brokered by the United States. The Taliban’s tone has also publicly changed. The language of inclusivity and reform has shifted to brazen accusations of disbelief, corruption, and Westoxification against anyone who disagrees with them. Most recently, the Taliban’s interior minister, Sirajuddin Haqqani, hosted the families of suicide bombers responsible for the murder and maiming of thousands of Afghan civilians. The Taliban later noted that killing civilians was not a contradiction of sharia law. Concurrently, thousands of people, mainly Hazaras, are being forced off of their lands.

The language of inclusivity and reform has shifted to brazen accusations of disbelief, corruption, and Westoxification against anyone who disagrees with them.

The land now home to the battered country of Afghanistan has engaged with Islam since the eighth century. The majority of the country identifies as Muslim—varying levels of adherence to canonical practice, as well as interpretations, exist. A proclivity toward mystical interpretations and thinkers is a constant theme in popular and pious practice. For the average citizen of Afghanistan, the question is not whether I am Muslim or not, but rather what is the Islam of the Taliban?

Historically, the relationship between tribal chiefs, various religious scholars (ulama), and the central government in Kabul has been tenuous and marked by convenient re-interpretations of Islam and its role in political, social, and religious decision-making.

What is markedly different with the Taliban and similar groups is both a lack of popular support (something that traditional ulama were sensitive to) and a willingness to deploy indiscriminate violence for political gains. Both aspects break from the intellectual tradition of Islam and stem from a reactionary and radical confrontation with the modern world—marked by both a lack of knowledge of the modern, but also an insistence that it is evil and anti-Islamic in nature. One simply needs to look to the words of Taliban leaders and foot soldiers to conclude that this genealogy of animus informs their worldview, often so parochial that they are completely aloof to their own presence as part of a collective whole. This disconnection from the global discourse of humanity and lack of a unified population are visible features of the Taliban and their approach to rule, as seen when a Taliban leader struggled to locate Afghanistan on a globe and as exemplified by their aversion to the Farsi language.

In addition to the paucity of widespread support within the country, the Taliban and their approach to rule has one key element: complete capitulation. To achieve this aim, the Taliban refuse discourse and deploy violence. Thus, the space for contestation, consultation, and compromise among the multiplicity of publics and positions, both political and religious, is absent. This absence is a salient feature of what has been observed and realized since 1996, when the Taliban first came to power.

The space for contestation, consultation, and compromise among the multiplicity of publics and positions, both political and religious, is absent.

The Taliban, when faced with a position that varies from their approach, employ the weapon of takfir (excommunication) against that position and its adherents. This, in turn, marks such people as valid targets for unrelenting violence, as evident in the terror attacks and trauma inflicted upon the various strata of society. The Taliban are also unwilling to consider issues such as political engagement by the global community, women’s rights, respect for civil society, freedom of the press, inclusive governance, and the condemnation of terrorism. The thought and outlook of the Taliban are marked by the departure from a rich intellectual tradition; from spiritual symphonies in poetry, music, art, and culture; and from a sensitivity to changes in society and the world. Their outlook and indoctrination centers on the belief in Muslim society’s internal deterioration and susceptibility to external decimation. Thus, a violent struggle is the only path to survival. This proclivity to deploying violence is shared between groups such as the Taliban and the Islamic State – Khorasan Province (ISKP). Irony died when the Taliban denounced the ISKP suicide bombing at Kabul airport. These groups are two sides of the same bullet pointed at the people and stability of Afghanistan.

Although such groups insist on their Islam-centric way of life, they behave in contradiction to Islamic law and prioritize extreme tribal culture over expressed tenants of Islamic law or sharia. Their stances on female education, freedom, work, indiscriminate violence, and governance without the public’s will are a few such examples. It’s important to keep in mind the traditional expressions and vibrancy of both Sunni and Shi’i scholarship in Afghanistan. Both traditions approached the sharia not as a rigid mechanism that absolutizes past interpretations as infallible, but as subject to re-reading and re-forming. A willingness to intellectually engage the tradition is a key component of the vibrancy of the sharia. Looking to centers of Islamic scholarship highlights how the Taliban are at odds with mainstream sharia interpretation: Recently, the head of al-Azhar, Dr. Ahmed el-Tayeb, tweeted in Pashto (a first) against the Taliban’s views of women, and in the 1990s, a delegation from al-Azhar commented that the Taliban do not understand Islam.

Irrespective of ethnic or economic standing, the struggle in Afghanistan is not about the presence of Islam—Afghans connect to Islam as an integral part of being and belonging. In fact, a key expression of anti-Taliban sentiment was reclaiming the chant of Allahu Akbar (God is the greatest). Mosques were also a common site of Taliban violence and suicide attacks, but citizens keep returning to these sites, often in greater numbers than before. Rather, Afghanistan’s struggle is with a militancy that has hijacked religion, that lacks organic backing and relevance, and that cannot remain without foreign backing and the employment of terror. This can only change if the Taliban renounce terrorism, reform, and respect the people of the land, not their I-land.

Irrespective of ethnic or economic standing, the struggle in Afghanistan is not about the presence of Islam—Afghans connect to Islam as an integral part of being and belonging.

A similar ascendance to power doesn’t exist in the region, and the destructive ramifications of recognizing and normalizing relations will have lasting damage and will embolden other militant groups. Scholars in Afghanistan need to approach the Islamic intellectual and spiritual tradition with an independent and incisive methodology. Channels of conversation and global discourse should open across the land. This cannot happen if society and scholarship is closed off and stagnant (see Quran 2:156).

Long before this unsafe ride stops, the people and the country will have experienced tremendously damaging whiplash. The redevelopment of the country, which is on the brink of starvation and economic collapse, will undoubtedly see the continued presence of Islam and its political role. Already, we see this with the leader of the National Resistance Front, Ahmad Massoud, making explicit reference to the event of Karbala, a religiously and politically decisive event, by stating “haihaat min al-dhella” (Never to humiliation). What remains to be seen is the precise role of Islam in politics under the Taliban. 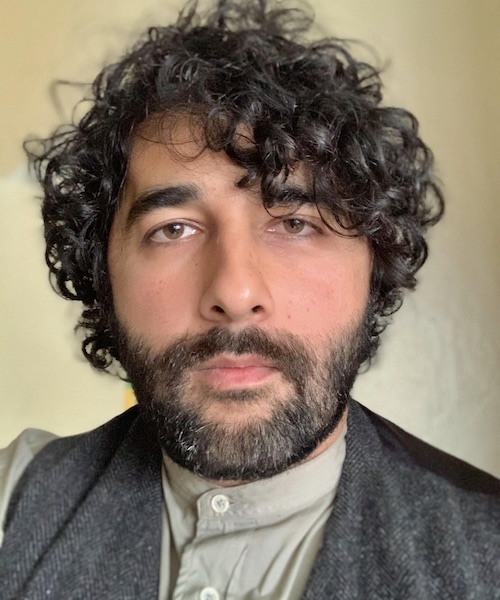 Ahmad Rashid Salim (احمد راشد سليم) is a doctoral fellow at the University of California, Berkeley. His research interests include Persian mystical literature and its epistemologies of Islam. Furthermore, he studies the history, culture, and literature of modern Afghanistan. He is the author of the best-selling book, Islam Explained, published by Rockridge Press.