The Ephemeral Emirate? Dilemmas of a Taliban State

Can the Taliban govern? They managed to conquer most of the country and expel the Americans. But how they will manage the affairs of some 40 million Afghan citizens? These questions are all the more pressing because Afghan society faces multiple crises. Winter is coming. Over 95% of Afghans risk plummeting below the poverty line. Malnutrition stalks millions of children. Amid drought, the contraction of foreign aid, and the spread of COVID-19, bank assets that once belonged to the Afghan state are frozen. Desperate lines have formed at bakeries. Mothers have confronted horrific choices. Sell one child to feed the family? Or risk starvation for all?

This crisis would be daunting for any government. Yet the Taliban confront the additional challenge of shifting from oppositional to ruling politics. Their leadership excelled at forging a powerful insurgency. The movement fought a U.S.-led military coalition to a standstill. Utilizing suicide bombings, assassinations, and a vast web of intimidation, it undermined and paralyzed Afghan state and civil society forces who stood in the way of its return to power.

This crisis would be daunting for any government. Yet the Taliban confront the additional challenge of shifting from oppositional to ruling politics.

In recruiting fighters to challenge the Afghan government and its U.S.-led backers, the movement promised legions of young martyrs the rewards of paradise. Inveighing against the malign influence of infidel invaders and occupiers, the Taliban pledged to liberate Afghanistan from those, its spokesmen claimed, who sought to corrupt Islam and the independence of the Afghan nation. Their triumphant entry into the capital Kabul on August 15 and the confused exit of their foes appear to have surprised the Taliban and the international community alike. Yet, to the Taliban, the moment confirmed their prediction, repeated over nearly two decades, that the righteousness of their sacred cause made victory inevitable. Suffering, sacrifice, and a steadfast commitment to God’s law, they claimed, had predestined their return to power.

Having seized power, the Taliban maintain that the clerics now in charge have all the answers. By their account, adherence to Islamic law, as interpreted by their scholars, will restore justice and righteousness. Corruption will be vanquished. And the long-suffering Afghan people will at last benefit from peace and stability. To drive this point home, last week the Taliban leader Sirajuddin Haqqani hosted an event to celebrate the families who supplied martyrs to the movement. Significantly, the venue was the Intercontinental Hotel in Kabul—the target of multiple Taliban attacks. Lionized in prayer, the martyrs’ families also received vows of cash and land.

Taliban commemoration of suicide bombers signaled recognition that terrorizing Afghan society was critical to their political gains. Their claim now is that the destructive force of jihad, so successful in banishing foreigners and their local allies, can be turned to a new project. They promise a thriving state, led by a pious emir and battle-hardened scholars. Their vision of Islamic law, they insist, will bring a divinely favored prosperity to all Afghans. Yet Western journalists have already encountered Taliban foot soldiers who have complained of boredom and disappointment. Many missed their chance to become martyrs. Some hope the opportunity still awaits, in Afghanistan or perhaps in Pakistan or elsewhere.

Their claim now is that the destructive force of jihad, so successful in banishing foreigners and their local allies, can be turned to a new project.

Two months after their rise to power, it remains unclear whether the Taliban can evolve to become more than an insurgency. Their legacy of failure at resurrecting and sustaining a state apparatus between 1996 and 2001 is only one indicator of their capacity. In judging Taliban conduct so far, three developments stand out. Together they offer a guide to the country’s future.

First, Taliban ideology insists on the subordination of women and their exclusion from public life, including education and most forms of employment. It is a regime of gender apartheid, which they justify in the name of security and a religiously framed insistence on innate female inferiority.

Second, they seek to monopolize religious life in a country that since 2001 had grown remarkably pluralistic. Glorifying jihad and obsessively seeking out “vice” among the citizenry, they have institutionalized their grim vision of a fundamentally immoral society in their signature expression of official piety and punishment, their Ministry for the Promotion of Virtue and the Prevention of Vice.

Third, despite their disavowals, the Taliban see Afghan society through an ethnic lens. Power is to be exercised exclusively by ideologically allied Pashtun men.

Despite their disavowals, the Taliban see Afghan society through an ethnic lens. Power is to be exercised exclusively by ideologically allied Pashtun men.

A closer look at the fate of Hazaras since mid-August offers a sobering balance sheet. Representing an avantgarde of journalists, human rights activists, and intellectuals, Hazara men and women have faced enormous pressure to flee the country. Recalling massacres at the hands of the Taliban in the 1990s, their fears are raw. Moreover, the Taliban have already taken actions to expel Hazaras from their ancestral lands, transferring them to loyalist allies. This is a form of ethnic cleansing. At the same time, Shi’i Hazaras have suffered devastating attacks at mosques in Kunduz and Kandahar. The vaunted Taliban pledge to bring security has not been extended to these—or many other—communities.

The militant group Islamic State – Khorasan Province (ISKP), which took responsibility for the Shi’i mosque bombings and other attacks, the assault on the Kabul airport on August 26 among them, is only one challenge for the Taliban and their central claim of bringing security to the country. Paradoxically, the persistence of ISKP may be crucial to the survival of the Taliban “emirate.”

For the Taliban and for states seeking diplomatic and financial advantage by working with them, ISKP has presented both a threat and a useful opportunity. ISKP’s rivalry with the Taliban has set the stage for an almost surreal alliance, now framed as “counter-terrorism”: regional and more distant powers, including Russia and the United States, are courting the Taliban for coordination against the Islamic State, laying the foundation for what increasingly appears to be a plan for diplomatic recognition. The Pakistani government, long a backer of the movement, has stepped up its support for the Taliban, whose officials recently made the rare admission of receiving intelligence assistance from Islamabad.

Largely uninterested in education, public health, or welfare services, the Taliban are invested in consolidating their power as a cohesive movement and implementing their punitive vision of Islamic law.

Undertaken in the name of security and the strategic advantage of states such as Pakistan, this international support is likely to be the lifeblood of the emirate. Largely uninterested in education, public health, or welfare services, the Taliban are invested in consolidating their power as a cohesive movement and implementing their punitive vision of Islamic law. Much of the work of governance will fall to international aid groups, especially as economic and health conditions worsen, and more Afghans become refugees. The ethical dilemmas facing the global community are thus immense. While the emirate may yet attract radicals from afar seeking a utopia forged in jihad and the policing of vice, its indifference to the worldly challenges facing this society is making the country unlivable for millions of men, women, and children. 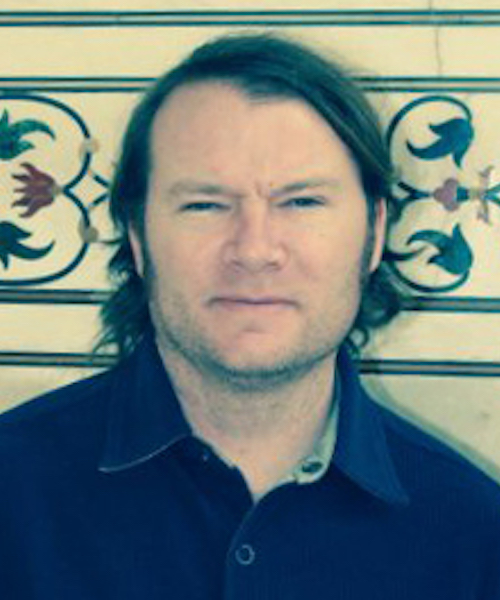 Robert D. Crews is professor of history at Stanford University, where his teaching and research focus on Afghanistan, Central and South Asia, Russia, Islam, and global history. Crews is the author of Afghan Modern: The History of a Global Nation (2015) and For Prophet and Tsar: Islam and Empire in Russia and Central Asia (2006), as well as editor-in-chief of the journal Afghanistan.