Islam, Afghanistan, and the Fraught History of State-Making

Coverage of the collapse of the Kabul government and the Taliban takeover has elicited discussions around what the future of Afghanistan might look like and the role Islam will play in that future. Attempts to divine the intent and actions of the Taliban through a close reading of the sharia uncover interpretations of Islamic law not often found in classical sources. A more probing line of inquiry is: What role does Islam play in the state? Each Afghan government has asked this question, putting Islam in service of the nation-state.

The early history of Islam in Afghanistan is rich and diverse. Islam was introduced gradually into the region, often coexisting alongside the local religions of Zoroastrianism and Buddhism. Medieval conquests by dynasties like the Ghaznavids were exceptions rather than the norm. Islam spread through the region slowly and through the exchange of merchants, itinerant scholars, and devotional circles of Sufi teachers.

Situated at the crossroads of several empires from the Safavids to the Mughals, the landscape of Afghanistan produced a vibrant and multicultural region with relatively high degrees of religious coexistence. Stretching back to the medieval period, centers near Herat included Jewish cemeteries as testimonies to a living community in Afghanistan. The premodern multicultural and multi-religious fabric is at odds with the era of nation-building.

Situated at the crossroads of several empires from the Safavids to the Mughals, the landscape of Afghanistan produced a vibrant and multicultural region with relatively high degrees of religious coexistence.

In the nineteenth century, Afghan emirs attempted to forge a modern European-style nation-state out of old imperial structures. Drawing heavily on the idea of a “motherland” with a centralized state, language, and religion, these modern nation-builders saw Islam not as part of a fabric of religions living alongside one another, but as an instrument of the state.

Emir Abdur Rahman, infamously known as the “Iron Emir,” openly used the language of jihad to crush local rebellions and resistance to his rule. Hazaras in particular faced the brunt of his violence. Inheriting his kingdom, he was keenly aware of his precarious position, caught between the Russian and British Empires, and sought to centralize his power throughout the autonomous regions of Afghanistan. The emir viewed Islam as instrumental to this consolidation. As Amin Tarzi writes, describing the rule of Abdur Rahman, “For the first time in the history of the Afghan state, the Shari’a became the supreme law of the land, and state-appointed courts replaced all other, local means of settling disputes.” The instrumentality of Islam to state-building would mark a new era in the history of Islam in the region.

In the nineteenth century, Afghan emirs attempted to forge a modern European-style nation-state out of old imperial structures.

Islam in service of the state would bring to bear the full apparatus of state violence against its citizens. In 1891, Abdur Rahman would declare a jihad against Hazara tribes who had resisted his attempts to strip them of their autonomy. Religious scholars and judges would declare fatwas endorsing his call and would provide the juridical justification for the violent campaign of suppression and persecution. British journals from the time would note that tens of thousands of Hazaras were sold into slavery in what amounts to acts of ethnic cleansing and genocide.

Yet the strategy of Abdur Rahman would continue to echo throughout the history of Afghanistan. Reformers and modernists would invoke Islam in service of their various national projects, while Islamist factions would interweave their interpretations of Islam into their state-making aspirations. Across the spectrum, Islam would be put in service of state-making.

Post-U.S. invasion of Afghanistan in 2001, the newly formed Islamic Republic of Afghanistan would once more navigate the relationship between Islam and the state. The formal constitution in 2004 would declare Islam as the official religion of the state, and Article 3 would claim, “No law shall contravene the tenets and provisions of the holy religion of Islam in Afghanistan.” Yet the Taliban would also claim their state grounded in Islam.

Post-U.S. invasion of Afghanistan in 2001, the newly formed Islamic Republic of Afghanistan would once more navigate the relationship between Islam and the state.

It is tempting to see the tension between clashing visions of Islam as the motivating factor in the present politics of Afghanistan, but analysis of the longer trajectory reveals the tension revolves around the way Islam is deployed in the specific context of nation-building.

To be clear, violence existed in the premodern era as well, and autocratic and oppressive regimes are not solely a province of the modern period. Yet it is the modern nation-state, with its unique capacity for violently enforced centralization, which will transform religion into another tool of governing.

Like Abdur Rahman, the Taliban do not merely seek to fulfill a vague notion of religious obligation, but rather they explicitly deploy Islam as a mechanism to consolidate power. Their methods are in stark contrast with the premodern relationship of Islam to the region—Islam as a discourse is multifaceted and capacious, all of which is flattened in the modern nation-state into the exercise of power.

For Abdur Rahman, Islam provided the discourse of jihad to persecute and oppress autonomous regions and tribes in order to subsume them into his all-encompassing legal state. For the Taliban, it fulfills a nearly identical function. We do not need to look far to see clear examples.

Like Abdur Rahman, the Taliban do not merely seek to fulfill a vague notion of religious obligation, but rather they explicitly deploy Islam as a mechanism to consolidate power.

The restriction of young women from school stands out. The sequestering and banning of women from education and schooling is found nowhere within the vast body of Islamic jurisprudence, and yet the Taliban have made it a central cornerstone of their policy. The control of women’s bodies is an exercise in state power, the enforcing of a political and social hegemony that has little to do with religious devotion or practice.

Just last week, the Taliban held a large commemoration ceremony honoring the suicide bombers of the past two decades. These individuals, who often targeted schools, hospitals, and civilian centers, were lauded as heroes of the state. Their utility in carrying out the actions of a would-be government is not even a subtle subtext. Even though every major school of Islamic jurisprudence has condemned suicide bombings, for the Taliban this is not a matter of theology, but of Islam in service of their imagined state.

Afghanistan’s future is uncertain and likely riddled with pain and further suffering, but one continuity remains: much of that suffering will come at the hands of those who mangle, twist, and deploy religion for the purposes of state-making. 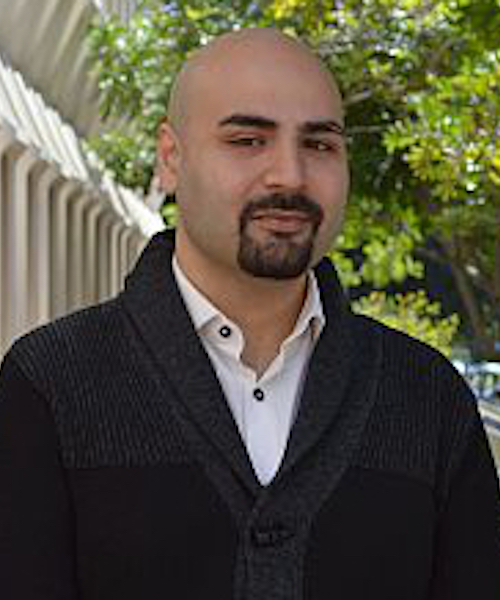 Ali A. Olomi is assistant professor of history at Penn State Abington and an affiliated scholar with the Rutgers Center for Security, Race and Rights. He works on medieval Islamic thought and modern Muslim politics, examining the way Muslims construct the idea of the “Islamic world.” Olomi holds a Ph.D. from the University of California Irvine.