The Afghan Taliban are famously coy about their constitutional vision. But, already, several hints have emerged. Like constitutional drafters everywhere, the Taliban are likely to borrow from two key sources—the past and other states—although, in doing so, they will adopt a pick-and-mix approach that creates something entirely new. In short, the Taliban will borrow from others, but they will not be constrained by what they borrow.

The Taliban are likely to borrow from two key sources—the past and other states—although, in doing so, they will adopt a pick-and-mix approach that creates something entirely new.

Returning to a pattern first articulated in 1996, the Taliban have already declared their intention to draw from, while, at the same time, “Islamizing,” the Afghan constitution introduced by the country’s last king, Zahir Shah, in 1964. Their Islamizing plans are likely to draw from internationally recognized Islamic models in several nearby states: Pakistan, Iran, Saudi Arabia, and so on. Even Qatar, seeking to reconcile the Taliban with an appreciation for women’s rights, explicitly pitched its own Islamic model as one that permits high-level education for girls. It is not yet clear how a Taliban constitution might take shape, but juxtaposing Taliban statements with models drawn from the past and neighboring states can offer several clues.

A Pakistan Proxy? No

The Afghan Taliban are often described as a Pakistan proxy, but so far there is no indication that they might draw on the complex example set by Pakistan’s Islamic Republic: on the one hand, an elected party-based parliament with an independent judiciary and a weak head of state alongside explicit, enumerated, and enforceable fundamental rights; on the other, an explicit commitment that no law will contravene the injunctions of Islam (the state religion) alongside a pattern in which the interpretation of Islam remains set apart from any particular school (madhab) of Islamic legal thought (fiqh). In Pakistan, the formal legal meaning of Islam emerges from the deliberations of an elected parliament followed by a review of existing statutes by a broadly independent judiciary, with “Islamic” matters being addressed by Pakistan’s Federal Shariat Court (Article 203C). Within that court, however, Muslim clerics (ulema) always hold a minority (203C-3A).

The Afghan Taliban are often described as a Pakistan proxy, but so far there is no indication that they might draw on the complex example set by Pakistan’s Islamic Republic.

As a clerical movement, the Taliban have already rejected several elements of Pakistan’s constitutional model—especially, its attachment to a parliamentary form of government with a weak head of state that combines fundamental rights with Islamic injunctions set apart from any particular school of fiqh. Pulling away from this model, the Taliban seem to prefer a strong head of state—an all-powerful leader-of-the-faithful (emir-ul-momineen)—supported by an appointed (not elected) advisory council (shura) working under just one school of Sunni Muslim legal thought, namely the Hanafi school, without any explicit enumeration of international or fundamental rights.

The Afghan constitution of 1964—already cited as a key point of departure for the Taliban—did not combine an appreciation for Islamic “establishment” with sectarian and doctrinal “non-establishment.” Instead, it highlighted just one school of Sunni thought—the Hanafi school (Article 2)—allowing Afghan judges to privilege that school whenever both the constitution and existing statutes were silent (Articles 69, 102). Indeed, when so-called “peace talks” with the former Afghan government led by President Ashraf Ghani began in Doha in September 2020, the Taliban explicitly insisted that any disagreement should be addressed within the terms of Hanafi jurisprudence alone.

An Iranian Model? No

Departing from Pakistan, the Taliban’s state-based approach to Islam and Islamic law has more in common with the post-revolutionary constitution of Iran. That constitution privileges just one school of Shi’i fiqh—namely, the Ja’fari school—identifying that school as the official religion of Iran (Article 12) while, at the same time, specifying that no law will be permitted to contravene the core elements (usul) or injunctions (ahkam) of Ja’fari Shi’i Muslim fiqh (Article 72). Moreover, the meaning of those injunctions is not determined by a court in which clerics hold a minority; instead, it rests with clerics directly appointed by Iran’s clerical supreme leader on Iran’s constitutionally enshrined Guardian Council (Articles 4, 91, and 96). This is a model the Taliban are more likely to favor: a strong head of state with unfettered power to appoint those who interpret just one school of fiqh.

Iran’s constitutional hierarchy privileging a strong head of state and the Ja’fari school of Shi’i fiqh, however, should not be understood in isolation. In particular, Iran’s emphasis on the Ja’fari school is paired with an explicit constitutional acknowledgement of “official status” for several other schools of fiqh, including the Sunni Hanafi school (Article 12). At the same time, Iran’s constitution formally recognizes Christian, Jewish, and Zoroastrian religious minorities, allowing each “to act according to [its] own canon in matters of personal affairs” (Article 13). The same is true in Brunei, where the official religion is defined as Islam “according to the Shafeite sect of Ahlis Sunnah Waljamaah,” that is, the Shafi’i school of Sunni fiqh (Part I, Article 2-1), even as “all other religions may be practiced in peace and harmony” (Part II, Article 3-1). In 1964, even Afghanistan’s constitution acknowledged that non-Muslims would be free to perform their religious rituals (Article 2); and, in 2004, Afghanistan’s default preference for the Hanafi school (Article 130) was paired with explicit recognition for Shi’i personal law (Article 131).

There is no constitution in the world with anything like the strictly exclusionary Hanafi-only approach the Taliban seem to prefer.

It is extremely unusual to combine broadly “Islamic” with more particular “fiqh-based” forms of constitutional religious establishment. But, even where this occurs—for example in Iran, Brunei, and Afghanistan after 1964—this combination has not been expressed in strictly exclusionary terms. There is no constitution in the world with anything like the strictly exclusionary Hanafi-only approach the Taliban seem to prefer.

The Taliban are associated with the so-called “Deobandi” tradition of Hanafi Sunni Islam, which emerged during the late-nineteenth century in the town of Deoband, India. But again, even as the Taliban borrow from the Deobandi tradition, they simultaneously depart from it, particularly when it comes to their ideas about the link between religious and executive forms of power. In Deoband, clerics stress advisory forms of religious power, leaving executive forms of power (involving coercive patterns of enforcement) to those associated with the state. In fact, Deobandi clerics see advisory forms of power as “authoritative,” criticizing coercive forms of non-clerical state power as inclined toward “authoritarianism.”

Even as the Taliban borrow from the Deobandi tradition, they simultaneously depart from it, particularly when it comes to their ideas about the link between religious and executive forms of power.

In Afghanistan, however, the Taliban have turned this Deobandi tradition upside down, seeking to combine clerical and state-based forms of power while, at the same time, rejecting models based in other parts of the Muslim world where religious and electoral or monarchical forms of power often work together.

Explicitly rejecting the notion of an Islamic republic (as in Pakistan, Iran, or Afghanistan after 2004), the Taliban have generally downplayed the value of electoral politics rooted in universal adult suffrage. Yet, pulling away from any number of Muslim-majority states in which clerical and monarchical forms of power work hand-in-hand—for example, Saudi Arabia—the Taliban are also keen to replace the monarchical order of Afghanistan under King Zahir Shah (1964) with a clerical order led by their own emir Mullah Haibatullah Akhundzada. Situated somewhere in between Iran and Saudi Arabia, the Taliban seem keen to construct a new relationship between clerical and coercive power: as in Iran, an all-powerful clerical leader with quasi-monarchical powers but, as in Saudi Arabia, few of the constraints associated with politically relevant elections.

Rejecting both electoral and monarchical power, the Taliban have indicated that their all-powerful clerical emir will be supported by an advisory council (shura) he appoints. This advisory council will not resemble the strictly advisory Council of Islamic Ideology appointed by Pakistan’s president (Article 228): that council, with a mix of clerics and non-clerics (as well as at least one woman) is required to reflect different schools of thought. In Afghanistan, the Taliban’s advisory council is more likely to resemble the all-male Ja’fari clerical half of Iran’s well-known Guardian Council. That half is directly appointed by Iran’s supreme leader, whereas the other half, composed of non-clerical jurists, is appointed by Iran’s elected parliament on the basis of a list drawn up by Iran’s chief justice. (Iran’s chief justice is also appointed by the country’s supreme leader.) Clearly, under the Taliban, any process involving an elected parliament will be impossible. Instead, the Taliban’s emir is more likely to appoint his own advisors directly.

Rejecting both electoral and monarchical power, the Taliban have indicated that their all-powerful clerical emir will be supported by an advisory council (shura) he appoints.

Again, the Taliban are likely to borrow constitutional elements from the Afghan past as well as other Muslim states. But, in doing so, their constitutional thinking will not mirror that of Afghanistan (1964), Pakistan (1973), Iran (1979), or Saudi Arabia (1992). Borrowing selectively, they are more likely to institutionalize a strictly advisory council under a quasi-monarchical clerical emir with far-reaching powers to articulate his own understanding of Hanafi-only Sunni fiqh. This constitutional vision is historically unique. It is, in fact, largely at odds with prevailing notions of religious diversity, political accountability, and “Islamic” constitutionalism across the Muslim world.

A version of this article was also published in the Melbourne Asia Review. 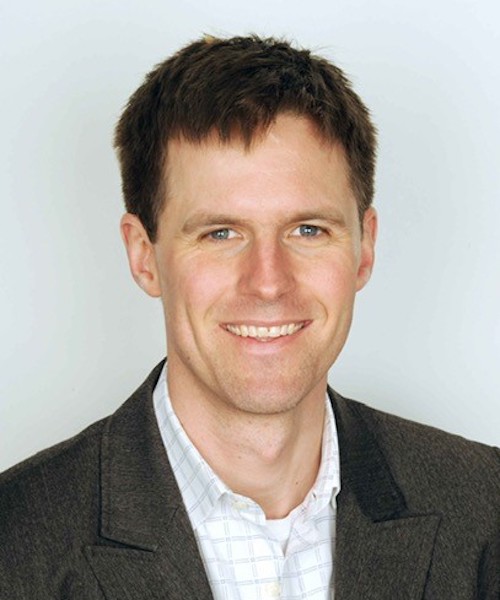 Matthew J. Nelson is associate professor in the Asia Institute at the University of Melbourne. His research focuses on the comparative and international politics of South Asia, with an emphasis on non-elite politics, comparative political thought, the politics of Islamic institutions, and democracy. He is author of In the Shadow of Shari‘ah: Islam, Islamic Law, and Democracy in Pakistan (2011).