Religion, Culture, and U.S. Development in Afghanistan: A View from the Field

It’s hard to look at this photo of myself with religious leaders from various Afghan provinces in 2009 and not have a range of emotions.

At the end of the U.S. military presence in Afghanistan in August 2021, Secretary of State Anthony Blinken said it is time for the country to reflect on the longest war in U.S. history. And we have recently heard more attempts at reflection around the twentieth anniversary of 9/11, a catalyst for the wars that came afterward.

I would argue that this reflection—and along with it, a critical self-analysis by the U.S. government, contractors, and partners—was neglected or sidelined over the past 20 years, as countless Afghan lives were affected.

The photograph was taken when I was in Afghanistan meeting with religious leaders to learn about their role in the country’s development indicators—their effect on or engagement in issues of education, environment, governance, and conflict resolution.

My recently created position as senior advisor for culture and development for USAID and my background in anthropology, with a focus on identity and grassroots development, led me to develop a global approach to engaging with religious institutions and leaders for positive outcomes.

The underlying assumptions made by most agencies was—and, I argue, still is—that these folks are impediments to progress.

The underlying assumptions made by most agencies was—and, I argue, still is—that these folks are impediments to progress. In fact, I spoke with ministry-level Afghans who berated me for even trying to engage with turbaned and bearded men who could not see beyond their upturned noses for the greater good of women, young people, or the country.

But my work was about finding out who wasn’t at the formal tables for creating development goals and strategies. Again and again, it was these individuals who were being pegged as stalwarts of backwardness, but who were nonetheless an essential part of the everyday lives of people in villages and cities. Or, in the cases when religious leaders were engaged, it was as messengers of already crafted policies or programs.

How Religious and Traditional Leaders Are Seen

Anecdotal observation and then internal research pointed to how many people were choosing to go to their local imams and Quran teachers over police and federal courts for community concerns. The religious leaders were more attentive to community members, while the police needed to be bribed and sweet-talked into doing anything. The court system’s bureaucratic maze was hard to navigate, and the judges were biased against certain ethnic groups.

Anecdotal observation and then internal research pointed to how many people were choosing to go to their local imams and Quran teachers over police and federal courts for community concerns.

This internal research also suggested there was systematic segregation of the sacred and secular on all levels in Afghanistan and across the borders into South and Central Asia. Students attending (mostly free) madrasas were not exposed to learning about the rule of law, citizenship, or community development. Students outside the madrasa system did not have an understanding that those studying religion would have any role to play outside of being religious leaders.

And this segregation continues up through the university level. Within a campus, schools of sharia and federal law see students come through without interacting with one another. So, a university-educated mullah serving in the sharia courts may not get education in rule of law, democratic systems, or even federal legislation. Likewise, the lawyers, advocates, and judges coming from traditional law programs have little to no exposure to religious laws or related legal contexts.

What Religious Leaders Say They Need

In the course of my work, I’d ask these mullahs what they did every day, and invariably their tasks would translate into development speak. When I asked what they needed to continue to do their work, it was clear that capacity, materials, resources, and skill-building were all essential needs. “I need more pencils to be able to keep up with writing down all the concerns my community has,” said one.

Repeatedly, I heard something along the lines of “My father and grandfathers before me served the people, but things have changed. I want to understand both the Quran and the psychology of how to help domestic abusers and abused.”

In the course of my work, I’d ask these mullahs what they did every day, and invariably their tasks would translate into development speak.

But when I would bring this up to our partners—some of them women’s rights advocates—they would be dismissive of what I would see as windows of opportunities for meaningful engagement. “We don’t know what they’ll do in the room with other trainees. They’ll be offensive, and they might be abusive to them.”

Acknowledging this concern, I gave scenarios of how it would be useful and maybe most effective if these mullahs and madrasa heads had exposure to and interaction with non-religious leaders in an authentic and unfiltered manner. We’d seen how there was an uptick in referrals between court systems and religious/traditional systems or between imams and health care clinics when this interaction happened in other countries, such as Bangladesh.

Most of the religious leaders I met had never talked to outsiders, much less U.S. government representatives, and even much less women in authority. But I was called dukhtar (daughter) by some of these men, who I called grandfather or uncle because they looked just like my relatives in my birthplace of Kashmir. But they also took me to task by asking why I was working with the Americans instead of working to free Kashmir, and we would have spirited conversations about the religious obligation for Muslims to make better the land they lived on.

It does matter that we start with what is working, rather than with what we perceive as problems based on our outside, imposed perspective.

And yes, reflecting on what matters is essential to our foreign policy, diplomacy, and development. I saw the two-sided index cards in the pockets of military service men, some of them barely in their 20s, who pulled these out to know who the good guys were based on the color of their turbans.

I heard from the same young soldiers that they, of course, knew about shuras and jirgas, they held them “all the time.” What they described, however, was calling a meeting of village elders to tell them that a road would be built or that someone was coming to inspect a project. This belittled the actual long-held processes of consultation and consensus-building within Afghan leadership structures.

The elders would tell me what this meant for them, how it affected their role as leaders, and how it demonstrated what kind of culture the Americans valued: one of disrespect and arrogance because the U.S. soldiers carried guns and wore dark sunglasses.

Getting It Right or Wrong

Not everyone was tone-deaf to the cultural context, and some in the Provincial Reconstruction Teams did what they instinctively knew was right. Some in uniform (Department of Defense) made efforts to put away their side arms and bullet-proof vests when they sat on the floor next to imams in their mosque courtyards. Some in Birkenstock sandals (USAID) asked the hard questions, like why a multi-million-dollar road was not being used (it connected two villages in conflict). Some in suits (Department of State) hosted listening sessions where they took copious notes about why there was mistrust of the U.S. government presence.

But many told me that they were afraid this approach would be considering “going native”—that we would lose our U.S. government values and objectives by giving in to what the “beneficiaries” wanted. The fear of practicing cultural relativity often complicated getting to know what Afghan norms and traditions meant to the people who valued them. It also hindered appreciation of the roles religious leaders play in meaningfully shifting norms (although, importantly, not all mullahs or religious leaders are trusted or above corruption).

It was and is complicated. Deep understanding of cultural context and putting this knowledge into practice cannot be done in a one-pager.

It was and is complicated. Deep understanding of cultural context and putting this knowledge into practice cannot be done in a one-pager. Acknowledging the complexity would make whatever work we engage in more useful in the end. Embedding reflection within the process is much more valuable than using reflection as a talking point after the fact. Bringing humility to the process is also hard but necessary if actual engagement and partnership is the goal.

But I do have hope that we can make these reflective practices inherent in the work. There are enough people who know this is the right way to engage and move forward, we just need to get them at the tables where strategies and plans are created. 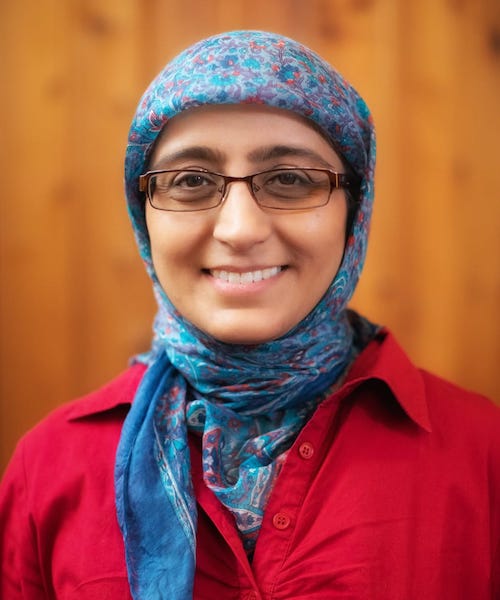 Afeefa Syeed is a cultural anthropologist who served as senior advisor at the U.S. Agency for International Development (USAID). She is currently a research associate with the Cambridge Institute on Religion and Global Affairs, senior fellow at the Institute for Global Engagement, and advisory council member at the Center for Women, Faith and Leadership. Her work includes religion and development, gender inclusion, countering extremism, and integrating cultural context into development and diplomacy.