In November 2013, Francis issued the first apostolic exhortation of his papacy, Evangelii Gaudium (The Joy of the Gospel), calling Catholics to engage in a “new evangelization” that focuses on social inclusion of the poor and peace and public dialogue. Buried halfway through the 51,000-word document is the phrase, “realities are more important than ideas.” The expression reappears in Laudato Si in chapter three, “The Human Roots of the Ecological Crisis,” which appears to be a direct response to Lynn White, Jr’s famous 1967 essay, “The Historical Roots of Our Ecologic Crisis” that blamed Christian anthropocentrism for the current environmental crisis. Different from White, however, Francis focuses in the encyclical on the types of social structures and systems that he perceives as most responsible for Earth’s degradation. Such a focus on practice and the notion that norms and ideas are often best understood as emerging from actual lived experiences represents an approach that has been neglected in the study of religion and ecology [1]. Following this practice-oriented trajectory, I would like to highlight some of the ways in which religious groups are actually enacting Francis’ notion of integral ecology, or what I will call “applied integral ecology.” Given the focus of my research, I focus on religious groups that are engaged in land restoration and agricultural work.

Different from White, however, Francis focuses in the encyclical on the types of social structures and systems that he perceives as most responsible for Earth’s degradation.

Consider first the Benedictine sisters at the Holy Wisdom Monastery in Madison, Wisconsin. Holy Wisdom Monastery has been working restoratively with its surrounding natural lands since the community set down roots on a hill overlooking Lake Mendota in 1953. The monastery’s original 40 acres consisted of farmland cleared and plowed in the early 1900s. Today, Holy Wisdom Monastery includes 130 acres with a 10,000-year-old glacial lake, wooded nature trails, restored prairie, gardens, and orchards [2].

The Benedictine restorationists refer to land restoration as an activity that flows from their sense of sacramental spirituality and practice. Restoration activities, according to the nuns, can awaken individuals to the non-human beings in their midst, as well as to the divine presence within creation. The sisters, along with volunteers from the broader community, work to remove invasive species and collect and plant seeds in the monastery’s restored prairie. Holy Wisdom Monastery is also a living laboratory for area students and environmentalists, who benefit from the bountiful prairie and the monastery’s knowledgeable environmental co-workers. Teachers gain valuable hands-on environmental training to supplement their classroom education, while students of all grade levels frequently come to the monastery to learn about natural lands [3]. “The Benedictine community animates this place,” Sister Mary David told me. “Restoration work is a form of community building and inviting people in” [4].

The Benedictine restorationists refer to land restoration as an activity that flows from their sense of sacramental spirituality and practice.

Next consider Mother Carr’s Organic Farm in Lynwood, Illinois. West and south of Gary, Indiana by approximately fifteen miles, Mother Carr’s is an outreach ministry of Vernon Park Church of God, a 1,200-member African American congregation that was founded in the mid-1950s on Chicago’s South Side. The farm is named after a committed congregant from that era, Mother Julia Carr, who planted a small WWII victory garden to supplement food supplies during the war and later started an inner-city garden for the community.

The current farm was started several years ago by church member and now full-time farm manager, Anthony Williamson, who had a vision for reviving Mother Carr’s community gardening legacy when the congregation purchased 70 acres of former agricultural land to construct its new building. Mother Carr’s farm sits on approximately two of those 70 acres, a football field length behind the new church building. It boasts as one of the only African American church-owned CSAs in the Chicago area, and it is probably the only one with a bee operation for pollination and honey production [5]. “The purpose of the farm is to move all people closer to God by showing his compassion,” states Williamson. “We send more than 10 percent of our harvest to local food kitchens. We’re able to give stipends to some workers and minister them back into society. It allows us to minister to people and talk to people about God and how he works in a physical form. Instead of just seeing us go to church, they see us in action” [6].

The church’s pastor, Reverend Jerald January, emphasizes how Mother Carr’s allows the church community to follow God and minister to those in need: “The farm provides food the way the Lord intended—natural. However, it has proven God’s intent in not only nutrition but also purpose for those men and women who find fulfillment in working the soil. There are numerous opportunities to tell curious folks about the plan God gave us to grow food and provide it at an affordable cost. In addition, we’re able to give away a portion to homeless shelters and soup kitchens, giving glory to God” [7].

The church’s pastor, Reverend Jerald January, emphasizes how Mother Carr’s allows the church community to follow God and minister to those in need.

The farm’s CSA provides church and community members a whole or half share of vegetables for 300 or 150 dollars a season. “It’s helping people, who couldn’t afford to eat quality, eat quality food,” says Williamson [8]. Shareholders also receive honey from the beehives at the farm, which doubles as a monarch butterfly sanctuary. This, believes Williamson, “will help us to become an even healthier community and create better men and women of God” [9].

Each autumn, Coastal Roots Farm holds a community-wide food festival called “Sukkot on the Ranch,” which celebrates the Jewish harvest festival, Sukkot, the 40-year period when the Israelites wandered in the desert living in temporary built structures or “booths,” the Hebrew meaning of the festival’s name. A daylong event, Sukkot on the Ranch includes a wide range of intergenerational activities from puppet shows to DIY fermentation and Jewish food justice workshops. The workshop “Pickling Rabbi” instructed participants in the process of making from scratch sauerkraut and pickles from the farm’s cabbage and cucumbers. In a session titled “No SNAP Judgment,” the Jewish Family Service San Diego Hand Up Teen Leadership program led a cooking workshop using recipes from the SNAP cookbook for individuals living on $4 a day. Another session, “You Still da Balm,” taught participants how to make lotion and distill essential oils. “Shmeetup.com” explored fresh ways of thinking about the shmita year—the year of letting the land go fallow specified in the biblical text of Leviticus—in the twenty-first century. “Jewish Food Justice 101” told the story of the “tomato rabbis” who were involved with the Immokalee farmworkers movement [11].

Many more examples of “applied integral ecology” could be cited globally—and beyond those found within Christian and Jewish traditions. One of the strengths of Laudato Si and its notion of integral ecology is its openness to a plurality of spiritual interpretations in the pursuit of climate justice. I would call on students of religion and ecology to continue to work to uncover and reveal the myriad ways such spiritual interpretations are variously being enacted on the ground. 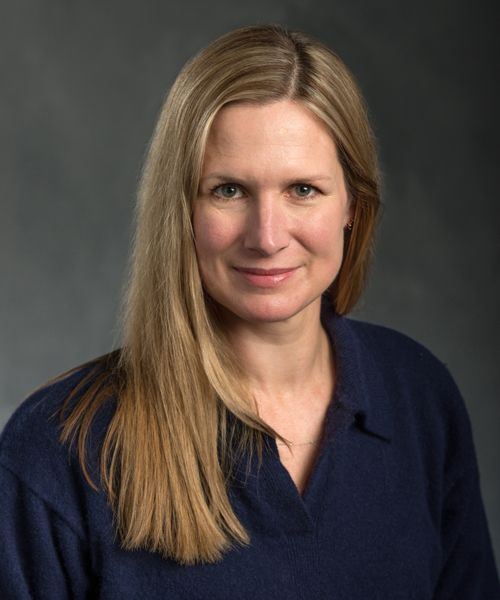 Gretel Van Wieren is associate professor of religious studies at Michigan State University, where her courses focus on religion, ethics, and the environment. Her books include Listening at Lookout Creek: Nature in Spiritual Practice (2019); Food, Farming and Religion: Emerging Ethical Perspectives (2018); and Restored to Earth: Christianity, Environmental Ethics, and Ecological Restoration (2013). She received a Ph.D. in religious studies from Yale.