If We Don’t Take Human Extinction Seriously, How Integral Are We?

Integral—adjective: essential to completeness; formed as a unit with another part; from medieval Latin integralis “forming a whole”

Ecology—(originally oecology) “branch of science dealing with the relationship of living things to their environments;” from German zoologist Ernst Haeckel, Ӧkologie, from Greek oikos “house, dwelling place” + -logia “study of”

I appreciate the opportunity to reflect and opine on the 5-year anniversary of Pope Francis’ welcome and needed encyclical, Laudato Si. I hope what I have to offer approaches the level of respect afforded the work of Pope Francis in calling attention to the very real and very sobering impacts of human-induced climate change, of human-driven loss of biodiversity, and of the structural environmental racism that define the lived experience for billions of my fellow human kin the world over.

I write from the perspective of someone trained in the academic study of religion and nature, approaching these entwined subjects from a naturalistic understanding for both. Key to this is that we are products of evolution—meaning so is the phenomenon and category of religion. We are therefore derivative products of combusting stars and, on our planet, the trophic pyramid, bound by basic laws of thermodynamics. In short, I am not an apologist for any religious tradition or perspective, as I do not approach what I study from a faith perspective but do so rather from a deeply agnostic perspective informed by a Western evolutionary (non-anthropic) epistemology. I instead investigate and analyze religious social data as these relate to how humans understand and conceive of and thus treat the natural, more-than-human world within which we have always been embedded; and how the natural world influences and informs the always ongoing social construction of religion.

The pope’s encyclical is therefore data for both processes: (1) it is a prime example of how a religious leader, guided through the teachings of his Catholic faith and tradition, understands the natural (for him, divinely created) world and thus the human place within it; and (2) his views on the natural world are clearly guided and thus socially constructed by emerging climate science and biological sciences related to conservation and species extinctions. The changing natural world—getting hotter and drier and with more severe climate-changed weather events, with decreasing biodiversity—was the background within which he wrote Laudato Si, where this changing natural world informed his Catholic views of the same. To this we must add the pope’s liberation theology background informed by a welcome and, from my perspective, needed Marxist critique of the excess ills of neoliberal capitalism. Ills both social and ecological, as rightfully delineated throughout the encyclical.

My response, then, comes from the above context. The encyclical is well meaning but optimistically naïve, as it appears unable to speak to deeper layers of what an evolutionary perspective of life (and death) suggests. Let me quickly explain:

To date I am ambivalent that religiously grounded moral exhortations that most followers will not read or follow, especially in a U.S. context, will sustain any sort of faith coalition that will mobilize enough humans to take climate change seriously. Sadly, I do not see this changing in the time we have left to radically redesign everything to keep us from going over the 2-degree Celsius warming we know we can’t eclipse. If moral statements do influence religious followers, then we needed such letters and exhortations from people in all religions, at massive scale and from top-down leadership, back in the 1970s when there was still time to create policies and economic incentives to move away from fossil fuels and live within the earth’s carrying capacity. 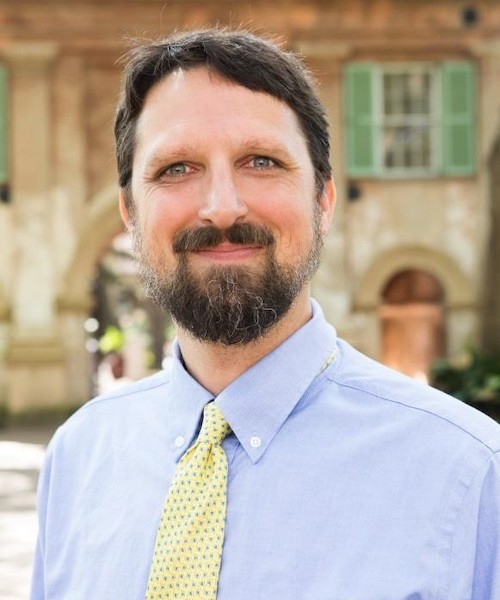 Dr. Todd LeVasseur is visiting assistant professor in the School of Humanities and Social Sciences at the College of Charleston. His research interests include sustainability, religion and nature, and sustainable agriculture. LeVasseur is author of Religious Agrarianism and the Return of Place: From Values to Practice in Sustainable Agriculture (2017) and co-editor of Religion and Ecological Crisis: The “Lynn White Thesis” at Fifty (2016, with Anna Peterson), among other publications.