Pope Francis’ encyclical Laudato Si is arguably the most profound religious environmental treatise ever authored and by taking a formal position for Catholicism has broadened the tent of who might be considered an environmentalist. It has illuminated a moral path of taking environmental action and is a major advancement in casting off the perceived cloak of indifference towards the environment by the world’s religions. Laudato Si is, of course, not the first faith-based environmental initiative, and by no means the one with the most measurable impact, but unlike other initiatives before and since, it is a document that catalyzed a movement.

By virtue of its moral authority, the encyclical cannot be ignored by Catholic communities. This accomplishes something that is missing from most other forms of faith-based environmentalism; it requires lay Catholics, regardless of their political leanings or individual beliefs about climate change, to engage with the issues. Yet, while revolutionary the encyclical has not singlehandedly convinced the world’s 1.3 billion Catholics to take environmental action, and there remains strong conservative resistance to climate action. One shortfall of Laudato Si is that it relies almost exclusively on moral language to frame the climate crisis which is generally unconvincing to conservatives. If environmentalism is to succeed, the tent needs to be further broadened and appropriate language found to invite new people in.

If environmentalism is to succeed, the tent needs to be further broadened and appropriate language found to invite new people in.

Laudato Si is a morally compelling document that pulls at the heartstrings of humanity, beseeching us towards a more compassionate existence. Since its inception five years ago, it has inspired books, conferences, colloquiums, numerous articles, and influenced the agenda of organizations. It has been celebrated by secular and faith-based intellectuals alike. It talks about the moral dimensions of climate change, human impact on the environment, and most significantly, through the notion of integral ecology, human impact on the environment that affects other humans.

Integral ecology is a recognition that both the social and environmental dimensions of the ecological crisis are intertwined. As Pope Francis so eloquently framed it, it is to be able “to hear both the cry of the earth and the cry of the poor.” For Pope Francis, it is impossible to disentangle the immeasurable impact consumerism has on the earth’s systems with the impact it has on other people. The notion of integral ecology closely aligns the encyclical with the environmental justice movement, which for decades has emphasized that the brunt of the impact of environmental degradation is suffered by the world’s poor, racialized, and marginalized peoples.

Katharine Hayhoe, an evangelical climate scientist, provides an example of how to make significant inroads in more conservative Christian communities. Hayhoe is a proponent of talking to people at the level of their individual values, finding common ground, and using that as a platform for advancing the conversation towards care for the earth. The underlying theory is that even though there may be suspicion with using terms like climate change and environment, at the most basic level there is a common reverence for life. So, if the framing of the conversation is at the core of divisiveness over environmental issues, what tend to be the values that politically and socially conservative people gravitate towards?

Matthew Feinberg and Robb Willer’s groundbreaking study on the differences between liberal and conservative attitudes towards the environment found that while conservatives gravitate away from moral framing of environmental issues, using the value of purity reduces or even eliminates differences between liberals and conservatives. This finding is consistent with the value of cleanliness found in highly conservative ultra-Orthodox Jewish communities. Most recently, when asked about his stance on climate change during the presidential debates, Donald Trump responded that he wants “the cleanest crystal clear water, the cleanest air.” Purity and cleanliness are the values that resonate among conservatively minded constituents. While there is little doubt that these values connote as having a malicious side related to racist ideologies, no person who wants to care for creation will shun the notion that clean air and water are not desirable let alone essential.

Purity and cleanliness are the values that resonate among conservatively minded constituents.

The encyclical, though, does not make use of these terms. The only reference to cleanliness is in chapter six: “In the family we first learn how to show love and respect for life; we are taught the proper use of things, order and cleanliness, respect for the local ecosystem and care for all creatures.” Pope Francis uses this term not in its own right, but as a step in one’s ecological education. Instead, the thrust of the encyclical is towards words like environment, creation, earth, poor, and God. Climate change, a concept that negatively triggers so many is mentioned a dozen times, while purity is not mentioned even once.

So, perhaps it is of little surprise that conservative Catholics have not felt connected to the pope’s vision of an integral ecology, as the encyclical does not pander to the values that speak to them most.

In the spirit of Hayhoe’s finding common ground, we should operationalize the values of purity and cleanliness into broad environmental ethics to expand the community of people morally engaged with environmentalism. If we give these values their due consideration, what does a world with clean air and water require? It means divesting from fossil fuels, abandoning disposables, and curbing pollution so that our life-systems are not compromised, goals broadly parallel and requiring similar efforts to reducing climate change. It means a world where consumerism is replaced with more meaningful ways of interacting with both humans and non-humans. And if these are truly the values being espoused, then the people already impacted by existing pollution—the poor, the racialized, the marginalized—must be liberated from their circumstances. If this is indeed the case and the end game is the same, then perhaps the tent needs to broadened so that all feel welcome. 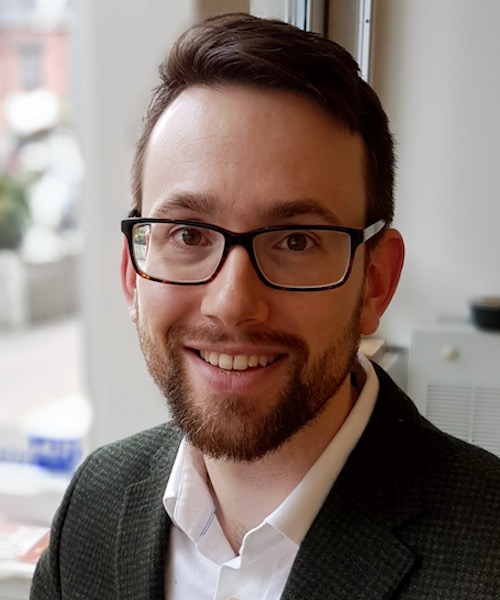