The Order of Nature? Integral Ecology and Natural Law

“The book of nature is one and indivisible,” wrote Benedict XVI in 2009. Indeed, Catholic theology’s natural law tradition has long held that there are discernible objective structures and patterns to nature, and that these contain normative directionality with regard to human behavior. “Integral ecology” is an alluring term, but it is essential that it be understood within the epistemic and regulative framework of natural law thinking.

In fact, the term “integral ecology” seems to have entered the Catholic lexicon in a 2009 document on natural law from the International Theological Commission, a body of the Church charged with investigating and propounding on theological topics. It noted that “an integral ecology must promote what is specifically human, all the while valuing the world of nature in its specific physical and biological integrity.”

In the relatively short chapter four of Laudato Si, Pope Francis describes five component parts of integral ecology: “environmental, economic, and social ecology,” “cultural ecology,” and the “ecology of daily life,” as well as the “common good” and “justice between generations.” He recognizes that humans are part of ecosystems, and that politics and economics impact environments. Much theological and ethical reflection has (rightly) focused on this holistic approach, recognizing the many dimensions of human ecology while emphasizing the importance of justice and the common good as regulative principles.

But what is often missing in conversations about integral ecology is the silent premise on which Catholic notions of “ecology” are built—namely, a set of presumptions about natural order that, in keeping with natural law tradition, are not merely descriptive but morally prescriptive. This becomes most visible in the “ecology of daily life” section of chapter four, and it gets to a key question: What is the relationship between human ecologies and natural ecologies? As Francis writes, “human ecology also implies another profound reality: the relationship between human life and the moral law, which is inscribed in our nature and is necessary for the creation of a more just environment” (no. 155). From the perspective of political ecology, it is true enough that political and economic orders influence the well-being of ecosystems and communities. The problem arises when we ask how far down this moral order goes, not just in the realm of political economy and civil society, but into the realm of individual human sexuality and gender.

But what is often missing in conversations about integral ecology is the silent premise on which Catholic notions of “ecology” are built.

Maura Ryan pointed out in 2010 that the taut sinews Benedict XVI wants to tie—between “human ecology” in terms of sex and gender and “natural ecology” in terms of environmental outcomes—are not logically warranted, and she argues that this reinscribes long-standing gender hierarchies. Yet in Laudato Si, Francis continues to insist that “valuing one’s own body in its femininity or masculinity,” and thus honoring binary sexual difference (and, presumably, heteronormativity) is crucial in sustaining integral ecologies.

When we read Laudato Si for class, many of my students really love chapter four. Many are heartened by the pope’s turn to environmental science and political economic analysis. They have grown up in a world where they understand viscerally that economies and civic systems shape environments and human lives. They are no strangers to structural analysis; they want coherent moral voices that can speak to the interwoven realities of social and environmental suffering.

When we come to the section on the “ecology of daily life,” it is always interesting to hear how conversations unfold. This section addresses topics like extreme poverty and housing crises, urban design and inclusion. But it concludes with one paragraph, which evokes individual bodily and sexual difference without sufficient explication:

"It is enough to recognize that our body itself establishes us in a direct relationship with the environment and with other living beings. The acceptance of our bodies as God’s gift is vital for welcoming and accepting the entire world as a gift from the Father and our common home, whereas thinking that we enjoy absolute power over our own bodies turns, often subtly, into thinking that we enjoy absolute power over creation. Learning to accept our body, to care for it and to respect its fullest meaning, is an essential element of any genuine human ecology. Also, valuing one’s own body in its femininity and masculinity is necessary… it is not a healthy attitude which would seek ‘to cancel out sexual difference because it no longer knows how to confront it’" (no. 155).

My students are often mixed in their analysis of this passage. Is Pope Francis saying that we should be body-and-gender affirming? Or is he saying that what should be affirmed is an essentialized reproductive notion of gender and sexuality, one consonant with the long history of Catholic magisterial theological and ethical teaching? Even in an age when the Pope has called for the legitimation of civil unions for gay couples, the teaching on human and natural ecology is still essentialist, still heteronormative, and—in this case—woefully under-theorized in its relation to other forms of ecology.

[T]he teaching on human and natural ecology is still essentialist, still heteronormative, and—in this case—woefully under-theorized in its relation to other forms of ecology.​

Adroit natural law commentators such as Cristina Traina have long underscored the importance of interrogating the assumptions built into the idea of “the natural,” and Celia Deane-Drummond has examined the use of science in Laudato Si. What I am arguing is that with regard to integral ecology, any metaphysical or ethical content ascribed to “nature” must be interrogated in light of epistemological understandings in the field of ecology (that ecosystems are open and emergent, not closed and balanced as was once imagined), and in light of social scientific knowledge about sex and gender. In fact, our notions of “integral ecology” will remain incomplete until we address the underlying structures of natural law theorizing that dictate how we read “the book of nature.” 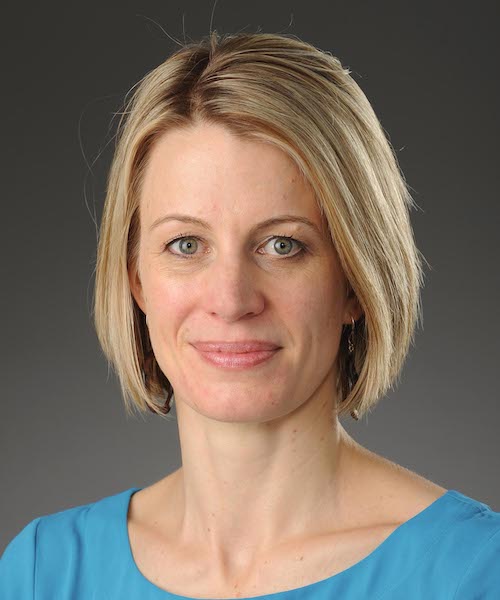 Christiana Zenner is associate professor of theology, science, and ethics in the Department of Theology at Fordham University. Her research on fresh water ethics intersects with ecological theory, religious ecologies, developments in the earth sciences, and the ecological turn in Catholic social teaching. She is author of Just Water: Theology, Ethics, and Global Fresh Water Crises and co-editor of two volumes on sustainability and bioethics.