From Fatwas to Ecumenism: Environmentalism in Southeast Asia

“A sense of deep communion with the rest of nature cannot be real if our hearts lack tenderness, compassion and concern for our fellow human beings,” writes Pope Francis in his encyclical Laudato Si, merging environmental and social justice. Integral ecology does not just represent a complex of more-than-human relationships but also interconnected injustices. His implicit rebuke for environmental movements that have isolated their cause from social issues is a renewed call for religious-based environmentalisms to assert itself as a holistic moral force.

The notion of religion as a bulwark against modernity’s excesses would resonate in the Muslim world, where Islamic ecological thought has positioned itself as part of an emerging alternative metaphysics [1]. I work on the environmental history of maritime Southeast Asia, a Muslim-majority region which is facing rapid deforestation for monocrop profit-making, unsustainable resource extraction through mining and fishing, as well as urban pollution. On the ground, a religious moral positioning requires alliances between a majority congregation and marginalized minorities, particularly the rural Indigenous who live in the frontiers of environmental displacement and often retain old forest faiths. Each environmental challenge is simultaneously an economic dilemma between growth and sustainability, requiring deft management. Confronting these issues, Muslim environmentalism shares the Christian approach of foregrounding human stewardship, accountability, and responsibility for co-creation. As noted by anthropologist Anna Gade, “precarity, kin and community, ethics of consequence apparent in the natural world, and anticipation of the apocalypse and even what comes after are standard themes” in Muslim environmentalist thought [2].

Since Muslim environmental movement began articulating itself in the early 1970s, this approach has led to significant strides. Many Muslim environmental initiatives in Southeast Asia were initially top-down and urban-centered. For example, early efforts by Muslim leaders in Malaysia and Indonesia to confront these issues took the shape of fatwas (non-binding legal opinions) that condemned a myriad of actions that had resulted in ecological disasters such forest fires that regularly blanketed the region with a thick choking haze and wildlife poaching that severely impacted many endangered species [3]. Moral authority, however, lacks an enforcement mechanism. The reach of such fatwas was constrained, and they appeared to have had little effect on substantive action in the field or on policymaking by the state. Moreover, at a local level, each community faced diverse environmental challenges and development trajectories, limiting the efficacy of blanket religious leadership.

Embedding “Green Islam” into local religious networks proved relatively more effective, albeit with much room for improvement. Successes include the emergence of suburban green pesantrens (religious boarding schools) that merge eco-theological education with sustainable food-growing projects and Bumi Langit, an urban permaculture farm run by a Muslim convert in the city of Yogyakarta which offers “a living space where we can witness and learn about the importance of mutual living between man and nature.” In Malaysia, the World Wildlife Fund collaborated with the Institute of Islamic Understanding Malaysia to produce a handbook entitled “Islam, Wildlife Conservation and You,” which was utilized by local communities in Trengganu to run workshops on marine turtle conservation and galvanize Muslim support for this cause. Nonetheless, these efforts might miss the ultimate target as the theater of ecological threats lay outside urban centers where local rural communities conflicted with the capitalistic enterprise over land rights for decades.

At the frontier of forest loss in Sumatra, Malaysian Borneo, Kalimantan, and Papua, it was Indigenous groups fighting for customary land rights that had preceded Muslim organizations in allying with environmental movements to protect the forest canopy. Indonesia’s largest environmental activist group Wahana Lingkungan Hidup Indonesia (Indonesia Forum for the Environment) was instrumental in the setting up of a pan-Indonesian Alliance for the Indigenous Peoples in the late 1990s [4]. Embroiled in bitter tussles with a repressive state that favored a development agenda engineered by large agri-businesses and industrial-scale mineral extraction, Indigenous groups—embracing a multiplicity of faiths—historically had little support from major Muslim organizations. Part of the reason was a perceived civilization gap between these groups and the Muslim majority in urban and suburban areas. In what is now Malaysia, the embrace of Islam had indexed an outlook oriented towards global trade since the early modern period dubbed as an Age of Commerce, and divergence between Malay-Muslims and syncretic-leaning Orang Asli accelerated in the twentieth-century race towards modernity. In Indonesia, the post-colonial state designated Indigenous groups as masyarakat terasing, a term which can be translated as “isolated communities,” imputing on them alienation from the mainstream until it was moderated into the more neutral masyarakat adat in 1999. The state recognized only six official religions and excluded syncretic animistic beliefs, which were among an estimated 245 unofficial religions in Indonesia [5].

Within this context, conflicts over land rights frequently became intertwined with evangelical pressure to convert. This can be illustrated by among others, the cases of the Orang Rimba in Indonesia and Orang Asli in Malaysia [6]. Hostility towards syncretic forest faiths casts doubt on whether forest peoples could be effective stewards of their adat (customary) land. In Malaysia, a group of Orang Asli fought a long legal battle to reclaim customary lands that the state had appropriated to build a highway. In a case that stretched from 1996 to a final ruling in 2010, among the arguments raised in court was that they were not Malay-Muslim enough to claim the land under a Malay Reservations Act. They were awarded monetary compensation, but their forced eviction stood [7]. Indonesia’s Orang Rimba, a group which still largely adhered to animistic beliefs that the divine manifests in flora and fauna of the forests, simultaneously faced pressure to convert to Islam and land encroachments by rubber, oil palm, and pulp plantations on their customary lands in Jambi. Stepping back from an evangelist outlook, detaching Islam from an oppressive legal apparatus that frequently failed to protect customary land rights and expanding the mantle of responsible stewardship to local communities invested in ecological well-being but may or may not embrace the same faith are crucial steps that needs to be taken by Muslim environmentalists.

Within this context, conflicts over land rights frequently became intertwined with evangelical pressure to convert.

There are promising signs of change. Recent religious statements of concern for the environment have begun to take on a more inclusive interfaith character. This year, in a unified stance against the imposition of an “omnibus bill” that relaxed labor and environmental regulations of big businesses, a group of Muslim clerics, Christian pastors, and representatives from the Syncretic Beliefs Council in Indonesia publicly rejected the law. They cited, among others, concerns that the new law would open new swaths of forest lands for exploitation by distant investors and harm the livelihoods of Indigenous peoples as well as low-wage labor. Such alliances are tentative steps towards an environmental ecumenism that may be the best way forward to contest repressive state-making and unsustainable capitalism in pursuit of a just more-than-human world. 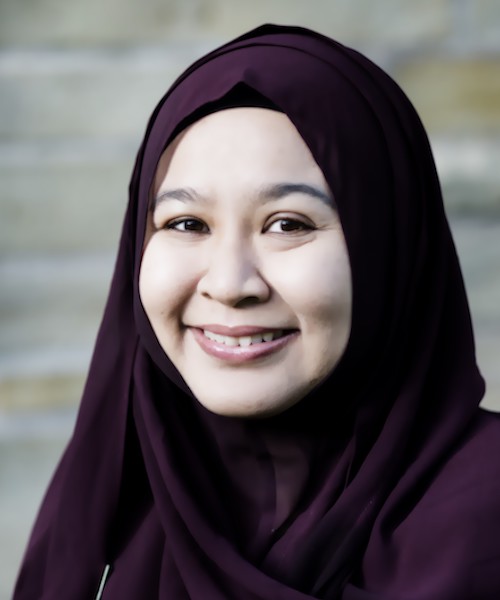 Faizah Zakaria is assistant professor of history at Nanyang Technological University. Her research and teaching interests are in the fields of religious and environmental histories of modern Southeast Asia, with focus on conversions, sustainability, and environmental justice. Her forthcoming book, Spiritual Anthropocene: Religious Conversions in Maritime Southeast Asian Uplands, is under contract with University of Washington Press. She received a Ph.D. in history from Yale in 2018.