Life in Everyday Death: The Rohingyas in Bangladesh and Myanmar

A 12-year-old boy in ragged clothing shoulders a child, his younger sister of 3 years, as they walk mile after mile, escaping their home, because their father was shot dead on the spot and their mother was raped in front of them and killed thereafter. They are fleeing with many others who have similar experiences. Some of them lost their parents, or brothers and sisters while others saw their entire families burn alive. Two pregnant women walk for miles with inexplicable hardship, but try their best to keep their babies inside alive.

The group finally enters Bangladesh after walking one day and seven hours, crossing lands and hills, and riding by boat. Like this group, more than half a million Rohingyas have fled persecution in Myanmar to Bangladesh since the military crackdown started on August 25, 2017. Following an alleged attack on 30 police camps and one military base by the radical Arakan Rohingya Salvation Army (ARSA), Myanmar security forces indiscriminately fired on Rohingya civilians, burnt their houses down, raped girls and women, and killed hundreds of Rohingyas mercilessly. The intensity of atrocity was so extreme that the global community, including the United Nations, the European Union, human rights groups like International Organization of Migration (IOM), Amnesty International, and the Human Rights Watch, came forward to stand beside Rohingyas and condemn Myanmar for its deadly violence, severe brutality, and crimes against humanity. The United Nations Human Rights Council termed it as a “textbook example of ethnic cleansing” and major international media outlets like the New York Times, ABC News, and CNN have called it genocide. Many agencies working in the borderland of Bangladesh and Myanmar to support Rohingyas, particularly wounded ones, old people, children, and pregnant women, have said that this is one of the most devastating humanitarian catastrophes in the history of refugee crises. Myanmar’s de facto leader, and also a Nobel laureate in peace, Aung San Suu Ki, has also been accused by the international community of supporting the genocide committed by the Myanmar security forces.

The reason the Rohingyas, often called “the most persecuted people in the world,” have been repressed and afflicted for decades is because of their identity as an ethno-linguistic and religious minority within the state structure of Myanmar. Additionally, a growing anti-Muslim Buddhist sentiment instigated by Ashin Wirathu, a Buddhist monk named by TIME “Burmese Bin-Laden,” has contributed to the current critical condition unsuitable for Rohingya Muslims’ peaceful living in Rakhine state.

The citizenship of Rohingya people was taken away by the Myanmar Citizenship Law of 1982, which conferred citizenship to 135 nationals, excluding Rohingyas, even though they have been residents of Arakan, what is now called Rakhine state, since the eighth century. Following the independence of Burma, now Myanmar, in 1948, the Rohingyas were close to gaining state recognition, but after General Ne Win took power in 1962, the military regime started and this hope was lost. During this period of time, the Rohingyas underwent a brutal experience of human rights violations, atrocities, and a severe degree of oppression in their everyday experiences. Their lives were restricted, freedom of movement was cut off, education was halted, and even marriage became subject to military approval. Following the Citizenship Law of 1982, the Rohingyas started living in an “open jail” as they were confined to their villages.

In 1978, a severe military crackdown took place in Arakan state that triggered a massive influx of 200,000 Rohingyas to Bangladesh. The second influx occurred in 1991 when around 250,000 Rohingyas took refuge in Bangladesh. Following an effective international pressure, under an agreement between Bangladesh and Myanmar, almost all in 1978 and some 236,000 Rohingyas in 1992 were repatriated, but a large number of them returned to Bangladesh because the situation of the Rakhine state remained unchanged.

Many reports and Rohingyas’ narratives have confirmed that thousands of Rohingya youths were killed in Rakhine state by the security forces. Now, the majority of Rohingyas live in Bangladesh (1,100,000 [combined with previously living 500,000 and newly arrived 600,000]), 800,000 live in Myanmar, and the remaining 700,000 live in other countries (India, Pakistan, Indonesia, Malaysia, Thailand, Saudi Arabia, and the United Arab Emirates). Due to their miserable lives and inhuman state of livings, the Rohingyas have become an ideal example of how people lead their lives in the presence of “everyday death.” Many attempts are being made to resolve the Rohingya crisis, but nobody knows when, and how, Rohingya people will gain a peaceful life with due human dignity. 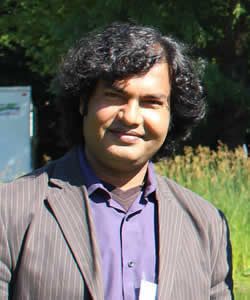 Nasir Uddin is a cultural anthropologist and a professor of anthropology at the University of Chittagong in Bangladesh. His research interests include statelessness and refugee studies; indigeneity and identity politics; the state in everyday life; the politics of marginality and vulnerability; migration and urbanization; and borderlands and border politics, particularly those of Bangladesh and Myanmar, the Chittagong Hill Tracts, and South Asia. His publications include Life in Peace and Conflict: Indigeneity and State in the Chittagong Hill Tracts (2017) and Indigeneity on the Move: Varying Manifestation of a Contested Concept (2017).