A person is only a person through other persons. — African ubuntu
Each of us is fully a person when we are part of a people. — Pope Francis

One of the most moving scenes during the post-apartheid South African Truth and Reconciliation Commission was when Archbishop Desmond Tutu, who was chairing the commission, collapsed upon hearing the shocking confession of a white police officer. This police officer had killed a Black man, Simphiwe, with rat poison, then burned his body on a bonfire, while the officer and his colleagues roasted their lunch.

Many years later while reflecting on this atrocity, Archbishop Tutu said, “I was completely shocked about how low we had descended in our disregard for human life. We had come so low that someone would be burning the body of another human being while he himself roasted his lunch by the side at the same time.”

Most of the problems facing the world today are getting more complex because of a collapsing global ethical framework, resulting from the loss of a sense of our common humanity in a common home. For instance, COP26 was unable to reach a collective decision on some measurable targets to meet the existential crisis of climate change. The world has failed in addressing the painful devastation of COVID-19 on the world’s poor because of vaccine politics and global health inequity. Many people are being oppressed and sinking into destitution because of unjust social policies. There are so many people who are considered disposable because of their place of birth, race, religion, socioeconomic status, nationality, sexuality, and gender.

Most of the problems facing the world today are getting more complex because of a collapsing global ethical framework, resulting from the loss of a sense of our common humanity in a common home.

Tutu’s call for ubuntu is what comes to my mind as an African when I read Fratelli Tutti, Pope Francis’ call for global fraternity built on the culture of encounter. Ubuntu is an African ethics of community affirming that a person is only a person through other persons. Ubuntu begins with a recognition that we are all related through a bond of love and community. Ubuntu is a spirituality of encounter that moves everyone to see our connectivity in the life and future of each other. It is only in encountering each other and in affirming the subjectivity of each other with respect and reverence that we can create the conditions for human and cosmic flourishing.

As an ubuntu model for building the global community, Pope Francis applies the culture of encounter as a way of seeing the other, as well as a way of being with the other in the world: “Each of us is fully a person when we are part of a people” (FT, 182). This is a paradigm shift that invites people to move away from a single narrative of culture and identity (FT, 12) and toward a more expansive embrace of the connections between all things—humans, God, and nature (FT, 34, 66, 50). The culture of encounter is a social ethics that is capable of shattering the walls constructed by narrow structures, systems, and institutional practices that have built social hierarchies between peoples, cultures, and religions (FT, 195). The culture of encounter inspires a new ethical vision and momentum that is capable of moving people to transcend themselves and their enslavement to race, nation, and other forms of identity in order to enter into the ever-expansive encounter with otherness and a deeper dialogue with the other (FT, 111).

As an ubuntu model for building the global community, Pope Francis applies the culture of encounter as a way of seeing the other, as well as a way of being with the other in the world.

In embracing this way of seeing and being-in-the-world, people can discover the beauty of otherness, entering into a new world and a new Gospel in every new moment of encounter. This movement of the heart, head, and will motivates people to search for new solutions and approaches to repairing the world. People can, for instance, seek new ways to reweave the bonds of love that have been broken by violence, ideological battles, structural violence, injustice, and destructive economies that often discard the poor and vulnerable (FT, 18–20).

The culture of encounter is very Trinitarian. Just as in the Trinity, with the three persons participating in an intimate social friendship, the culture of encounter calls each of us into this intimate and reverential encounter with the world of nature and with the lives of all of us (FT, 85). This call offers humanity the possibility of a cosmic dance in which everyone is participating in everyone’s joys and sorrows. In this way, we become, as Pope Francis said in his inaugural homily, the guardians of one another and of nature.

When the pope writes that “everything is, as it were, a caress of God,” he highlights the key to the theological aesthetics of the culture of encounter (Laudato Si, 84). This is particularly evident in his insistence that people need to be in touch with concrete reality as the beginning of a deeper encounter with God (Evangelii Gaudium, 167). We need to meet each other at the deepest level (FT, 216); we need to come into direct contact with the context and history of people; we need to have our boots on the ground where the poor are suffering.

When the pope writes that ‘everything is, as it were, a caress of God,’ he highlights the key to the theological aesthetics of the culture of encounter.

This principle of intersubjectivity begins from within the hearts of all persons as an inner grace and interior logic of love. From this interior desire arises a movement in which the human person seeks connection with the other in what the African ancestors captured as ubuntu—that is, the wisdom that recognizing the other makes me human; that in affirming the humanity of the other, I affirm my own humanity.

Pope Francis often uses phrases like “gaze upon,” “openness of heart,” “spiritual encounter,” “the art of listening,” “contemplation with wonder,” and the “gaze of Christ” in inviting people to this culture of encounter, so that they can appreciate the different forms of beauty in their lives, in the lives of others, and in the world of nature. The culture of encounter opens up a sense of mystery which moves people to appreciate beauty even in the suffering of life. Through encounter with nature and our fellow human beings from every part of the world, one can grasp a deeper level of truth in the sublimity of being and the beauty of all things.

Sadly, the modern world often objectifies the other, rather than seeking out encounter. This is because, as Pope Francis bemoans, modern society “seeks to domesticate the mystery” of God, nature, and people (Gaudete et Exsultate, 40). In this kind of culture, there is a loss of beauty and an instrumentalization of the other; people are no longer encountering the other as a gift, but everything is seen through a transactional exchange of products, as if humanity is simply a collection of faceless consumers in systems of profit, power, and domination.

The key to social engagement today is the ability to see clearly the painful reality of those who suffer. This seeing is a diagnostic moment: a culture of encounter.

In Fratelli Tutti, Pope Francis uses the parable of the Good Samaritan as a model of a pragmatic ubuntu solidarity and fraternity, showing how the culture of encounter can rehumanize humanity. The Good Samaritan is presented as one who gave his time to the wounded man. He stopped, he approached and encountered the fallen traveler, and he cared for him. When confronted with a man who was suffering and injured, he saw in this man a family member “deserving of his time and attention” (FT, 63). This basic decision of the Good Samaritan to encounter the brokenness and wounds of this fallen man is presented by Pope Francis as the only condition for rebuilding our wounded world (FT, 67).

The key to social engagement today is the ability to see clearly the painful reality of those who suffer. This seeing is a diagnostic moment: a culture of encounter. It is a seeing that is always moving from contact with the other, to reflection on what we see, to action on the judgement we make. I am convinced that the culture of encounter is a good framework for global and local dialogue on how to think of a better world built on a new understanding of ethics for promoting and preserving our common life together in our common home. 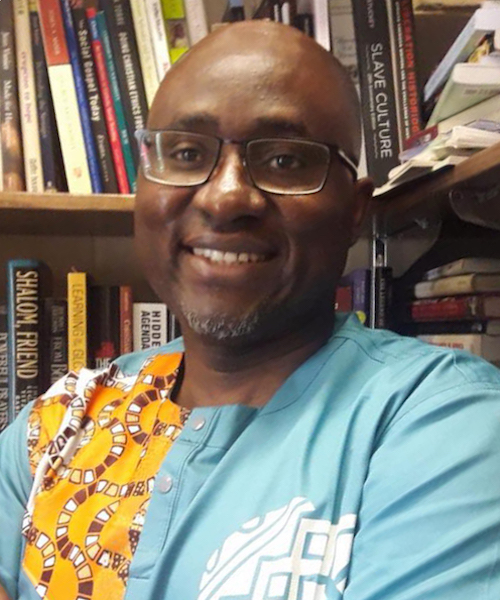 Rev. Stan Chu Ilo is a research professor of world Christianity and African studies at the Center for World Catholicism and Intercultural Theology, DePaul University, Chicago. He is author of A Poor and Merciful Church: The Illuminative Ecclesiology of Pope Francis (2018) and Someone Beautiful to God: Finding the Light of Faith in a Wounded World (2020) and editor of the forthcoming Handbook of African Catholicism (2022).