We all watched with a mixture of astonishment and horror as 20 years of effort and investment in Afghanistan went up in smoke in a matter of days. The colossal foreign policy failure, hardly the only one in the last decades, raises questions about our ability to engage other peoples and cultures effectively. Many in and beyond the halls of government naively concluded that the Afghans were simply unable to appreciate all we had tried to do for them.

We Americans have a lot to offer others, but we assume often unconsciously that because we have the power, we have the solution. After all, our only reason to enter into relation with other nations and their peoples is to bestow our know-how on them, right? By this line of thinking, the poor Afghans were simply too primitive to know what was best for them. To be sure, U.S. officials are tasked with a narrow set of policy goals. Nevertheless, it has become manifestly clear that the current approach is not only ineffective. It actually does us harm.

We as a nation still operate by the metrics of the Cold War. We think that it’s power that will save us. There is reason to use power in alliance with other nations against global crime, for example, but power cannot be what determines our manner of relating with other peoples in general. The days of the Cold War are over. We’re in a new moment. We need a new metrics.

If it is inaccurate to think of our good apart from that of others, what spirit should guide us in the way we relate with fellow humans? Fratelli Tutti emphasizes charity.

Fratelli Tutti, the most recent papal letter, offers vital insight in that regard. It calls for globalism to be infused with a new spirit, one that does not accept the myth that it is power that decides things. Today’s crises—from forced migration to climate change—make it all too clear that what affects one people affects all. Our well-being is tied up with all peoples within and beyond our borders. If it is inaccurate to think of our good apart from that of others, what spirit should guide us in the way we relate with fellow humans? Fratelli Tutti emphasizes charity. Its call to charity is not simply a call to give to the needy. By charity is meant a certain orientation of the soul whereby we view others not in terms of power but in terms of the common good and thus the common destiny that binds us to them and indeed to all peoples. Such orientation of the soul, I tell my students, is to look at people not with the physical eye but through the inner eye of the heart.

Fratelli Tutti makes sense today when the grand illusion of a dividing line between the good of one nation and that of others has been wholly exposed. However, the wisdom of the encyclical is ancient. It builds on a heritage of papal letters that speak not to Church-specific matters but to the moral order of society. Indeed, it shows traces of the thought of Thomas Aquinas (d. 1274), who spoke of the common good in three interrelated ways.

Fratelli Tutti makes sense today when the grand illusion of a dividing line between the good of one nation and that of others has been wholly exposed.

First, despite deficiencies, humans are ordered to goodness and therefore to God as the source of goodness, and that by virtue of our human nature. In other words, irrespective of particular allegiances, we are “a single family dwelling in a common house” (FT, 17). Second, we flourish not as individuals but only in relation to others. In other words, humans cannot “fully know themselves apart from an encounter with other persons” (FT, 87). Thus, the idea that our humanity is realized through a set of state-enforced contracts that ensure our liberty from others is false. Our humanity requires more than individual freedom. More profoundly, it is expressed through what might be called a pre-contractual ethics whereby we relate to others not only to meet our physical needs but also to grow morally, that is, in justice and charity toward fellow creatures. It is this moral character, not the logic of the nation-state nor that of the global economy, that makes us human. Third, we can’t burden some members of society unequally in the name of the common good. In other words, the common good is not a hierarchy, some necessarily superior to others, but a way of being in communion, making it correct to imagine society not as a place of group contestation but as “a beautiful polyhedral reality in which everyone has a place” (FT, 190).

If Fratelli Tutti draws on the ancient principles that inform the Church’s common good vision of society, it applies them to new situations, for example, the globalized nature of cross-cultural and cross-religious encounter. The letter pays special attention to Islam. Terrorism in the name of Islam has made it easy to view Muslim society as a global problem and even cause for fear. Significantly, this papal letter suggests that wisdom is to be found in Muslim society, wisdom that has a contribution to make in solving society’s problems. Imagine if we had taken such a view in our approach to Afghanistan rather than seeking to remake it in our own image. Fratelli Tutti is not calling us to deny our cultural gifts but to see that other peoples have theirs to offer.

If Fratelli Tutti draws on the ancient principles that inform the Church’s common good vision of society, it applies them to new situations, for example, the globalized nature of cross-cultural and cross-religious encounter.

It is on this note that I bring my reflections full circle. We’re in a new era globally, but we’ve not recalibrated the metrics that determine our way of relating to other peoples. The results are disastrous. Fratelli Tutti can help us repurpose our politics on the world stage. The question is one not only for state officials. We are all endowed with a pre-contractual ethics that orients us to the realities outlined in Fratelli Tutti, but we need educational programs that account for those realities (which are attuned to the fullness of our humanity) and not only for power calculations (which are not). Georgetown University is a leader in global education, but our relation to centers of global power from the Gulf to Shanghai is not enough. By the metrics of Fratelli Tutti, the sustainability of U.S. universities on the global stage requires a richer sense of being in relation with all peoples apart from the logic of global power. Again, what harms others will harm us. We will be better able to manage the coming disasters, which will certainly touch U.S. universities, only by giving the vision of Fratelli Tutti a central place in our curriculum. 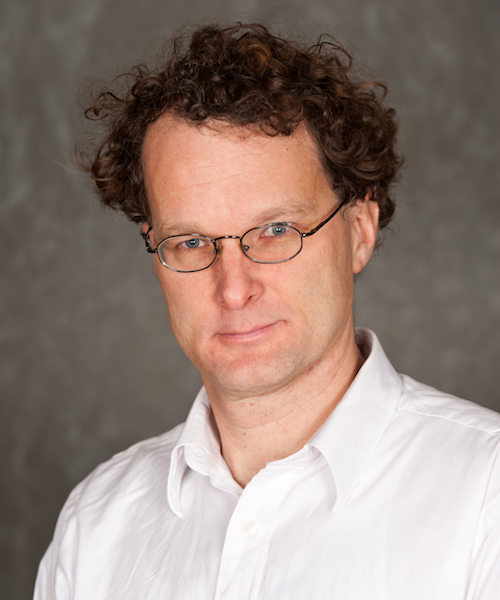 Paul L. Heck is a professor of Islamic studies in Georgetown University’s Department of Theology and the founding director of the Study of Religions Across Civilizations. His scholarly interests focus on the history of skepticism in Islam, mysticism and the role of spirituality in Muslim society, views on martyrdom in the three monotheist traditions, the phenomenon of theo-humanism, the emergent field of comparative scripture, and issues in political theology. Heck previously taught a class supported through the Berkley Center's Doyle Seminars project. He is the author of Skepticism in Classical Islam: Moments of Confusion (2013) and Common Ground: Islam, Christianity and Religious Pluralism (2009). Heck received his Ph.D. from the University of Chicago.