Pope Francis and the Future of Peace: Creating a New Society in Northern Ireland

Francis is a pontiff who “reads the signs of the times” with great skill. And, in Fratelli Tutti, after acknowledging and outlining the problems facing the world (FT, 9–55), he provides the reader with hope. He does so by furnishing the signposts needed to contextualize the teachings of this document to specific situations, which, after all, is the purpose of Catholic social teaching (CST). He argues that a new society must be created:

The method, skills, and tools required to achieve such results are specific to each context, and it is contingent upon Catholics to undertake a process of discernment in order to create a society based on the criteria set out in the gospels and CST. This essay will contextualize Fratelli Tutti through the lens of contemporary Northern Ireland, offering some suggestions on how the encyclical can be used to reset a society still riven with division some 23 years after the Good Friday Agreement was signed and to enable people to “live in a way that is pleasing to God” (FT, 74). However, before such a process of contextualization and discernment can begin, the “problems that a society is experiencing need to be clearly identified, so that the existence of different ways of understanding and resolving them can be appreciated” (FT, 228).

When the Good Friday Agreement was signed in 1998, it brought the potential for a lasting and stable peace. As an accord, it contained the key elements necessary to move Northern Ireland from a state of negative peace in which the potential for violence remained to a positive peace in which the contextually specific conditions necessary for a complete cessation of violence had been achieved. For the first time in the history of the Peace Process, political structures meant to stabilize the region were joined by measures designed to support the human flourishing of both individuals and groups. In addition to successful steps in police reform and paramilitary decommissioning, the Good Friday Agreement placed a strong emphasis on human rights as well as reconciliation between antagonistic communities as a means of transforming society.

For the first time in the history of the Peace Process, political structures meant to stabilize the region were joined by measures designed to support the human flourishing of both individuals and groups.

Despite this, a number of overlapping elements are preventing positive peace in Northern Ireland. Political institutions remain weak and unaccountable. Politics have become more polarized: Moderate parties, such as the Social Democratic and Labour Party and the Ulster Unionist Party, have been eclipsed by the hardline Sinn Féin and the Democratic Unionist Party. Paramilitary violence remains, especially within communities experiencing deprivation. Finally, conflict drivers—such as inequality, discrimination, and problems with access to goods and services provided by the state—endure, and as such grievances remain unresolved, the potential for renewed social conflict persists. The time has come for a new type of society to be established in Northern Ireland.

The Art of Encounter: A Different Kind of Dialogue

This means that “people of good will” need to come together to rethink the structure of Northern Irish society and offer a new vision which will allow “social peace” to be established. Such a vision will be based upon fraternity and social solidarity. The answers offered by Fratelli Tutti require patience and a willingness to do things differently; to create a paradigm in which the common good replaces ideological posturing.

The answers offered by Fratelli Tutti require patience and a willingness to do things differently; to create a paradigm in which the common good replaces ideological posturing.

One of the most important things offered by Fratelli Tutti is the hope that comes from having a method of creating a new society formed from a vision conceived by those who have experienced the degradation of conflict and poverty. For Northern Ireland, this means the formation of a new social covenant in which those who find themselves at the margins of society are given political, social, and economic agency. The most important teachings of Fratelli Tutti for the region are therefore to be found in Chapter Six: Dialogue and Friendship in Society and Chapter Seven: Paths of Renewed Encounter. These show us that a new vision of society can be created through a form of dialogue in which compromise is replaced with consensus, termed by Francis as a “culture of encounter.”

Such a culture of encounter is a way of life rather than a specific action. It is a commitment to work with the marginalized rather than for them; to allow them to be agents of their own destinies. Francis defines it thus:

To speak of a ‘culture of encounter’ means that we, as a people, should be passionate about meeting others, seeking points of contact, building bridges, planning a project that includes everyone. This becomes an aspiration and a style of life. The subject of this culture is the people, not simply one part of society that would pacify the rest with the help of professional and media resources. (FT, 216)

The choice to live “the art of encounter,” which directly challenges the accepted narrative of peace, is the first step in creating a new social covenant through the demonstration of a commitment to change.

Once the decision to work toward the creation of a new social covenant has been made, the second step involves finding ways of reaching agreement that do not descend into polarization and which “build a people that can accept differences” (FT, 217).

In Northern Ireland, there are areas and issues—such as political sovereignty—where agreement will never be reached. But this should be seen as an opportunity rather than a problem: “Let us not forget that ‘differences are creative; they create tension and in the resolution of tension lies humanity’s progress,’” to quote the words of Pope Francis (FT, 203). Opposing ideas should be discussed in a spirit of honesty and openness through which “we grow in our ability to grasp the significance of what others say and do, even if we cannot accept it as our own conviction. In this way, it becomes possible to be frank and open about our beliefs, while continuing to discuss, to seek points of contact, and above all, to work and struggle together” (FT, 203). While such a process can start from the community relations paradigm, where the focus is on addressing intergroup conflict, it ultimately needs to move toward a commitment to social change and the development of a blueprint for a new social covenant. By focusing on the development of a new social covenant, participants can work together to effect change and move from a state of negative to positive peace.

By focusing on the development of a new social covenant, participants can work together to effect change and move from a state of negative to positive peace.

The foundation of this new social covenant is consensus and truth (FT, 211–214). This can only be achieved through the contribution of a variety of perspectives; something never hard to find in Northern Ireland. But despite this acceptance of difference, a “conviction that it is possible to arrive at certain fundamental truths [should] always be upheld” (FT, 211). It is from this conviction that the blueprint for a new social covenant will grow. The resulting covenant will contain a set of social ethics upon which public policy will be based. In Fratelli Tutti, Francis teaches that the art of encounter should be rooted in three elements: subsidiary, solidarity, and human dignity. It is only when these three combine that the art of encounter can truly create social peace. 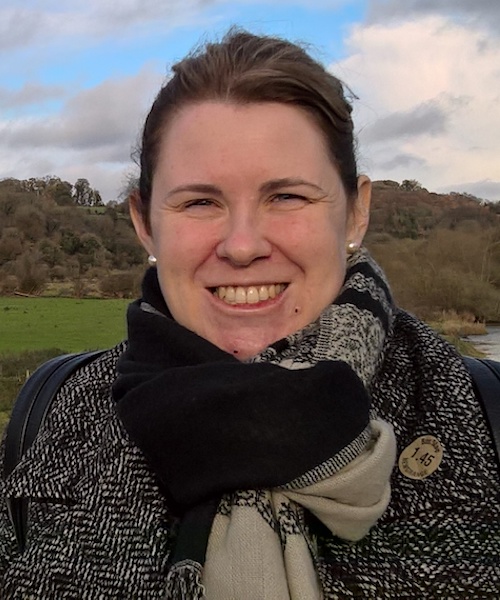 Dr. Maria Power is senior research fellow in human dignity with the Las Casas Institute for Social Justice at Blackfriars Hall, University of Oxford. She is the author of Catholic Social Teaching and Theologies of Peace in Northern Ireland (2020) and is currently writing a theology of community development.