Solidarity on Social Media? A View from Pope Francis and Fratelli Tutti

In Fratelli Tutti, Pope Francis offers the intimacy of “fraternity and social friendship” as a response to the “dark clouds” hovering over our “closed world.” Among these clouds are the negative effects of digital social media. The pope’s concern about their cultural and political impact is widely shared. Francis’ favored category of “process” plays an important role in the encyclical. Considering digital media from the perspective of process can both illuminate the nature of Francis’ concern about them and chart a path for responding that the encyclical itself does not fully pursue.

Francis’ mode of teaching differs significantly from his predecessors. He writes neither as a scholarly theologian as did Benedict XVI nor as a heroic auteur like John Paul II. Rather, he speaks as a pastor, one trained in the Spiritual Exercises of St. Ignatius of Loyola, inclined more to discernment than didacticism. This difference is essential for understanding this social encyclical. Fratelli Tutti is not a theoretical work—thus its lack of concern about articulating the relationship between social friendship and the well-established principle of solidarity. At its heart, we find neither architectonic theological insight as in Caritas in Veritate nor the introduction of a new virtue as in Sollicitudo Rei Socialis, but an engagement with the parable of the Good Samaritan in the mode of the Spiritual Exercises.

Considering digital media from the perspective of process can both illuminate the nature of Francis’ concern about them and chart a path for responding.

Fratelli Tutti offers one of the most extended considerations of digital media in a papal encyclical. It attends to their differences from the mass media that have been the focus of magisterial reflection since the Vatican II decree Inter Mirifica. They are addressed primarily in critical terms, as one of several trends that “hinder the development of universal” brotherhood and sisterhood. The encyclical critiques three dimensions of digital media: their illusion of communication, cultivation of aggression, and promotion of information to the detriment of wisdom.

Francis judges digital media to provide a compelling but ultimately illusory practice of communication that is neither “enough to build bridges” nor “capable of uniting humanity.” He traces this to their disembodied nature. “They lack the physical gestures, facial expressions, [and] moments of silence” of physically present human communication. Their “appearance of sociability” does not actually build community, but rather tends to “disguise and expand the very individualism that finds expression in xenophobia and in contempt for the vulnerable” (FT, 42–43).

Francis critiques digital media’s encouragement of “social aggression.” They promote a form of “febrile bonding” that “encourages remarkable hostility, insults, abuse, defamation and verbal violence.” They “give free rein to ideologies” by facilitating the expression of extreme and corrosive positions with “impunity,” a reality that Francis sees manifest in the “defamation and slander” that characterize some Catholic media (FT, 44–46).

The encyclical critiques three dimensions of digital media: their illusion of communication, cultivation of aggression, and promotion of information to the detriment of wisdom.

Finally, Fratelli Tutti critiques how the “flood of information” provided by digital media distracts us from the sustained reflection needed to find wisdom. They likewise form us in a manner that erodes our ability to listen to others. This surfeit of information is offered for us as myriad options from which to choose. “Persons or situations we find unpleasant or disagreeable are simply deleted in today’s virtual networks; a virtual circle is then created, isolating us from the real world in which we are living” (FT, 47–49).

Read in abstraction from the rest of the encyclical, this critique can seem a blanket rejection of digital media. Digital media’s intrinsic disembodiment, structures of choice, and control by commercial powers render them essentially problematic. The encyclical does, however, offer more positive evaluations as well. The “internet…offers immense possibilities for encounter and solidarity… something truly good, a gift from God” (FT, 205). At one point, Francis suggests that the ultimate risk comes not from “material realities or institutions, but from the way that they are used.” Thus, the ultimate problem is the perennial human struggle with “concupiscence” (FT, 166).

While such a reading is justified, it misses a deeper current in both Fratelli Tutti and Pope Francis’ thought: attention to process. This was long a focus of Jorge Bergoglio’s theology and pastoral practice. He articulated it clearly in his groundbreaking interview with Rev. Antonio Spadaro, S.J., in 2013: “We must initiate processes rather than occupy spaces. God manifests himself in time and is present in the processes of history.” This theme found more official expression in Francis’ first apostolic exhortation:

Giving priority to time means being concerned about initiating processes rather than possessing spaces. Time governs spaces, illumines them and makes them links in a constantly expanding chain, with no possibility of return. What we need, then, is to give priority to actions which generate new processes in society and engage other persons and groups who can develop them to the point where they bear fruit in significant historical events. (Evangelii Gaudium, 223)

Francis’ particular concern with process can easily go unremarked as it is such a common term. The word “process” or “processes” appears 16 times in Fratelli Tutti, primarily in its final, constructive sections.

If we view Francis’ treatment of digital media from this perspective, the particular concerns and force of his critique become clearer. Digital media are dangerous because they effect a process that disconnects communication from embodied encounter; frees discourse from social norms and constraints; and grants access to information in such quantities as to overwhelm social consensus, the distinction of truth from falsehood, and deep reflection. It is not that digital media only do such things or that they cannot be used for good, but that their current form facilitates such destructive processes.

This process-based analysis enables us to bring Francis’ analysis into dialogue with more complex analyses of the problems posed by digital social media. The choice and elective affiliation structured into the very nature of social media are legacies of the marketplace of ideas envisioned by neoliberalism and the libertarianism that has long marked Silicon Valley. Social media’s cultivation of aggression and intensification of ideological positions are consequences of algorithms designed to maximize time on platform. As widespread media coverage has shown, major platforms such as Facebook and YouTube have, in optimizing their suggestion algorithms to maximize engagement, unwittingly created systems that select for extreme content. Even if people say they do not want such content, anger and outrage keep users involved with the platform and increase ad revenue. Finally, the surfeit of information is a direct manifestation of the commodification of everything as “content”—abstracted from contexts which either give meaning or allow evaluation.

It is not that digital media only do such things or that they cannot be used for good, but that their current form facilitates such destructive processes.

These more complex accounts show how many of the negative dynamics critiqued in Fratelli Tutti are neither essential to digital social media nor the result of the concupiscent inclinations of users, but the results of particular design choices. When we think of digital social media as constructions, we can imagine alternate possibilities that can guide efforts to reform and redesign them.

Attending to these particularities opens another front in the encyclical’s call for an “effective process of historical change that embraces everything: institutions, law, technology, experience, professional expertise, scientific analysis, administrative procedures…” (FT, 164). Fratelli Tutti’s notions of encounter and social friendship have much to offer to the struggle to reimagine and reform digital social media. 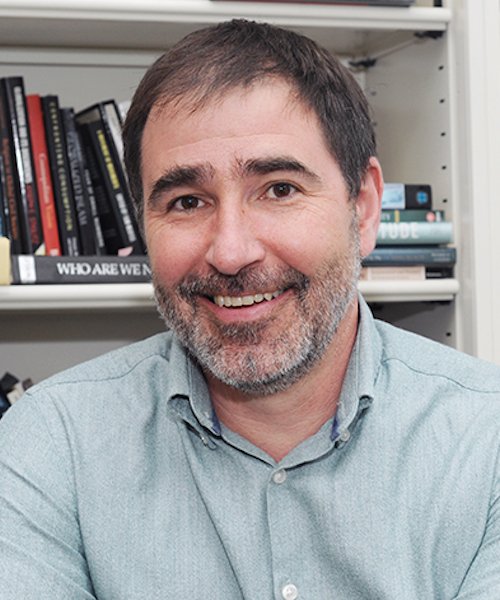 Vincent Miller is the Gudorf Chair in Catholic Theology and Culture at the University of Dayton. He previously was an associate professor in the Department of Theology at Georgetown University. Miller is author of Consuming Religion: Christian Faith and Practice in a Consumer Culture (2005) and editor of The Theological and Ecological Vision of Laudato Si’: Everything is Connected (2017).