Between Catholic Tradition and the Nationalist State: The Mexican Christian Family Movement, 1960–1970

Between 1940 and 1970, the symbiosis between the expanding middle class and the state prompted both to seek the conciliation of their places amid profound contradictions in the Mexican political and economic system. In such a context, gaining consistent middle-class support was of the utmost importance for the regime.

Beginning in the 1940s, the PRI-led political system changed its political discourse. President Lázaro Cárdenas’ discourse of social reform and left-leaning trends was replaced by Manuel Ávila Camacho’s discourse of national unity and political stability. Also, with Ávila Camacho, a relatively peaceful relation with the Catholic Church began to be built, inaugurating what some authors have called a new modus vivendi between the state and the Church [1].

Although the political system allowed and even stimulated the middle-class religious approach, since religiosity seemingly contributed to social unity and political stability in Mexico, middle-class religiosity also offered the basis for denouncing the secular state as blatantly corrupt and betraying national traditions, by means of organizations such as the Christian Family Movement.

The Christian Family Movement found its origins in Father Pedro Richards’ work in Argentina and Uruguay by 1948. It expanded to Mexico in 1958 by means of Catholic middle-class families who brought Father Richards to Mexico in order to settle the bases for the movement.

Mexican middle-class families found in the Christian Family Movement the means for creating strong and independent social networks for practical purposes beyond confessional or Church institutional perspectives, such as denouncing the influence of U.S. culture on the Mexican middle-class families, particularly in the matter of divorce and the lack of attention to children and youth [2]. They envisioned materialism and rupture with tradition as the most important trouble hurting Mexican society.

During the 1950s and 1960s, strong waves of North American missionaries entered Mexico and other Latin American countries seeking new practitioners [3]. While poor and rural Mexican communities offered major potential for a positive impact of Protestant evangelizing work, middle-class homes, mainly in urban areas, were less willing to even listen to Protestant propaganda [4]. Consolidating middle-class rejection to what they called foreign religious doctrines was also part of the movement’s main objectives.

During the 1960s, the movement suffered major transformations as the Catholic faith received the modernizing influence of Pope John XXIII with his 1961 encyclical, Mater et Magistra. The 1950s Cold War context increased the expanding influence of communism throughout Eastern Europe and Latin America. In this context, the Catholic Church strove to keep its influence and better respond to the new challenge.

By the time, the movement reflected its members’ response to the reality of society. This was a society with sharp socioeconomic inequalities and broad areas, mainly rural, suffering the problems of marginalization and poor development. Thus, the movement’s members began shaping a middle-class self-conception as potential reformers of society.

The Christian Family Movement found its main strength in the fact that between 1960 and 1970 it developed important networks among professionals and highly educated people, mainly in urban areas like Mexico City [5]. Movement meetings often created an auspicious environment for discussion on topics beyond religion and family tradition, ranging from sexual revolution, politics, and how to better understand the rebellious youth of the 1960s.

The movement’s potential relied on its appeal to middle-class parents with high levels of education. In the aftermath of the Tlatelolco Massacre of October 2, 1968, the movement evidenced the government’s excesses, criticizing its incapacity for dealing with students’ legitimate demands. Many among the repressed and killed students were the sons or daughters of parents belonging to the movement or related to it. For the Church, this situation got out of its institutional control.

In the Encuentros Diocesanos de Dirigentes by 1969 and 1970, organized by the Archdiocese of Mexico, there is evidence on how the Church sought to gain major control over the movement [6]. The Catholic hierarchy sought to tighten the relation between local teams of the Christian Family Movement and regional zones supervised by priests and Church authorities.

Eventually, major control of the institutional Church upon local membership also brought about a profound transformation in the movement. Informal social networks eroded as they were replaced by a tightened control of the Church upon every local cell, mediated by local priests and congregations.

As seen before, middle-class religiosity was not necessarily fully aligned with the Church’s institutional control. For instance, the Christian Family Movement during the 1960s created its own critical perspective on social and political events in Mexico. However, by the early 1970s, major institutional control of the Church on the movement became an important factor behind its transformation into a body less critical of the Mexican government and society. 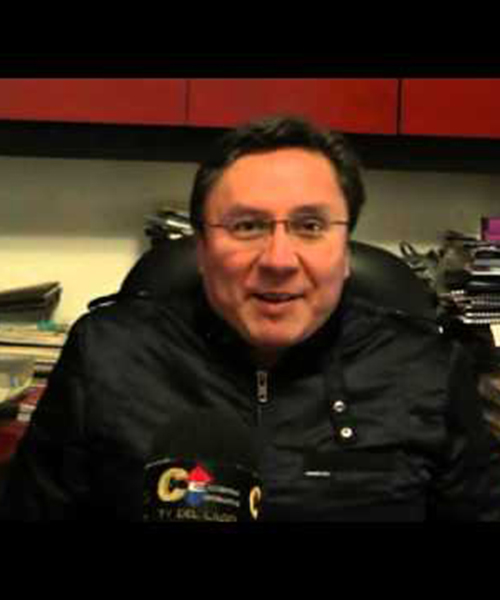 Emilio Coral Garcia teaches history, politics, and international relations at the Universidad Iberoamericana in Mexico City. He previously worked developing and coordinating global adult education programs for Latin America and the Caribbean at CREFAL, based in Pátzcuaro, Mexico. His scholarly work focuses on education, religion, and middle class lives in Mexico City.