Between 1942 and 1964, a series of Mexico-U.S. bilateral agreements—unofficially known as the Bracero Program—allowed Mexican men to work in the United States as seasonal contract farm workers, or braceros. At least 42% of the 4.64 million bracero contracts that were distributed during the program’s duration went to rural workers from four states in the central-western and central-northern highlands: Guanajuato, Jalisco, Michoacán, and Zacatecas, which federal officials identified as the ones where interest in migrating was highest. These states were also the epicenter of conservative Catholic opposition to revolutionary anticlericalism, land redistribution, and secular public education. Beginning in the 1920s, faithful Catholics from this region protested attempts to limit the number of active priests in their communities, rejected the expropriation of agricultural estates as a violation of the divinely-ordained system of private property, and denounced public education curricula that included units on sex education and family planning as ideological assaults that would corrupt their children. The most visible manifestations of this opposition were the Cristero War of 1926–1929, a conflict that saw tens of thousands take up arms against the national government and the establishment of the Unión Nacional Sinarquista (UNS), a nominally pacifist organization that interpreted revolutionary policies as being antithetical to Hispanic Catholic values, in 1937. Thirty thousand Cristeros, 60% of the national total, were active in Guanajuato, Jalisco, Michoacán, and Zacatecas during the war’s final year, and 59% of the more than 300,000 Sinarquistas active in 1943 were from these states.

My research explores the connections between conservative Catholic opposition to revolutionary policies and the high demand for bracero contracts in Guanajuato, Jalisco, Michoacán, and Zacatecas. I argue that the Cristero War and the Sinarquista movement profoundly influenced both individual decisions to migrate as braceros and the bracero selection process, which municipal government administered. Community-level conflicts between former Cristeros and active Sinarquistas on one hand and partisans of the ruling Partido Revolucionario Institucional (PRI), particularly those who supported the agrarian reform, on the other persisted into the 1960s and contributed to the landlessness and underemployment that aspiring braceros cited in their written contract requests. Simultaneously, municipal officials gave bracero contracts to their local allies who were participating in these conflicts or opponents that they wanted to temporarily remove.

Examples from three municipalities illustrate the connections between conservative Catholic opposition movements and bracero migration. In the Jalisco municipality of Tepatitlán, which was one of the epicenters of the Cristero War in that state, popular support for land redistribution was low. And when supporters of the agrarian reform in communities like San José de Gracia attempted to formally request lands during the late 1940s and early 1950s, conservative Catholic landowners organized militia units that attacked the promoters of land redistribution. As a result, most aspiring braceros from this municipality described themselves as landless day laborers who were completely dependent on local landowners for employment opportunities.

In the Guanajuato municipality of Irapuato, the PRI-controlled local government used the Bracero Program to remove Sinarquistas who posed an electoral threat. One month prior to the 1952 presidential election, a federal domestic intelligence agent happily reported to his superiors in Mexico City that Irapuato Sinarquistas would not impact the electoral process because the municipal government had made a “determined effort” to ensure that local Sinarquistas received bracero contracts. The intelligence agent also noted that Irapuato Sinarquistas had agreed to replace their publicity materials with ones that supported PRI presidential candidate Adolfo Ruiz Cortines, and that Sinarquistas who had not migrated as braceros were amicable with local officials. The behavior of Irapuato Sinarquistas suggests the possibility that they agreed to a quid pro quo arrangement with the municipal government that allowed them to migrate as braceros in exchange for a cessation of hostilities.

And in the Michoacán municipality of Puruándiro, local Sinarquistas won seats on the municipal council during the mid-1940s. These council members quickly won the municipal president over to their side, and he decided that local Sinarquistas would be the only ones allowed to receive bracero contracts in his jurisdiction. Puruándiro’s Sinarquista-sympathetic government also abetted or turned a blind eye when Sinarquistas began attacking agrarian reform beneficiaries. These attacks reignited community-level conflicts that had first started during the Cristero War, and the clashes continued into the 1960s in places like San José Huipana. Aspiring braceros who wrote to federal officials from that community during the 1950s reported that they had lost their access to lands because of the ongoing conflicts, and community leaders in the early 1960s noted that many local men who had survived the bloody clashes had decided to migrate to the United States.

All told, the Cristero War, the Sinarquista movement, and the Bracero Program were inextricably linked in the center-west and center-north, and these links shed light on the full legacy of conservative Catholic opposition to the revolutionary state. 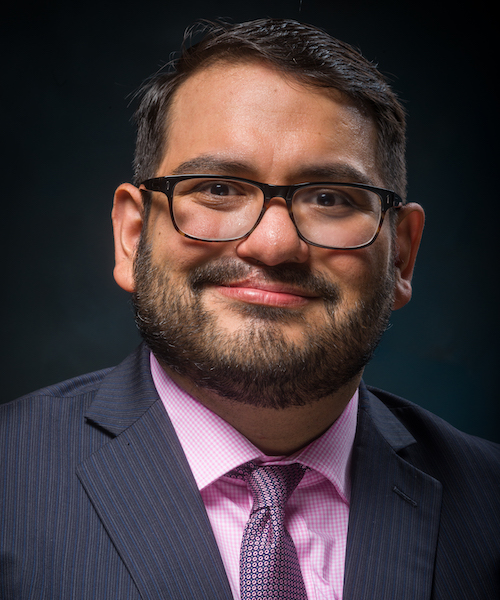 Alberto García Maldonado is assistant professor of history at San José State University. He is completing a book on the Mexican government’s administration of the Bracero Program and why so many Bracero participants came from Mexico’s most traditionally Catholic regions.