Montezuma’s Gold: U.S.-Mexican Diplomacy and the Rebuilding of Mexican Catholicism, 1937–1960

The history of the Montezuma Seminary in Las Vegas, New Mexico (1937–1972), is a neglected but important one. This importance largely has to do with Montezuma’s transnational significance, a fact that was obscured in its official title—the Montezuma “Interdiocesan” Seminary. Montezuma may have been a proto-national seminary that received students from dioceses across Mexico, eventually well over a thousand of them, but more than that it reflected Mexico’s importance in the Catholic world of the 1930s and beyond. This importance, in turn, was a leveling factor that gave the Mexican episcopate, in some ways politically burned by its handling of the Cristero Revolt, a significant amount of leverage in its dealings with its U.S. counterpart as well as with post-revolutionary governments in Mexico itself. In the end, the Mexican episcopate was able to open and administer a world-class seminary, thus insuring itself against revolutionary efforts to throttle the Church by interrupting its cultural reproduction through the training of clergy. At the same time, however, Montezuma’s geopolitical importance both to Mexico and to Rome meant that the U.S. hierarchy was never off the hook when it came to paying for a flagship Catholic institution that just happened to have a Mexican student body but that also happened to be located on U.S. soil.

Indeed, Mexican and U.S. Catholic archives show that the Mexican bishops successfully pressed their northern brothers to pour millions of dollars into Montezuma over several decades while often decreasing their own financial outlay, never relinquishing pastoral, curricular, or administrative control of the institution, and almost never allowing graduating seminarians to incardinate themselves in U.S. dioceses. This asymmetry was never expected by the U.S. episcopate, which at first (1935–1937) expected to retain full control of Montezuma (which in some pamphlets was even dubbed “the American Douai”) through its control of funding, and then tried repeatedly to persuade the Mexican bishops to assume the financial burden of maintaining the institution.

Yet this never happened. Fundamentally, this was because the interzone between the Mexican and U.S. Churches was not planar but polygonal, and as such included institutional players (the Vatican Secretary of State, Popes Pius XI and XII, the U.S. State Department and its ambassador to Mexico, Josephus Daniels) whose involvement in montezumense affairs tipped the balance of power in Mexico’s favor. Ultimately, Mexican sovereignty over Montezuma was maintained because of the Mexican episcopate’s superior access in Rome and its skillful cultivation of papal support, which repeatedly trumped U.S. bishops’ objections to the division of labor at Montezuma. A major paradox was that the Mexican Revolution itself, by requiring priests in Mexico to be Mexican nationals, had forced Rome to appoint apostolic delegates from within the Mexican episcopate. Mexican delegate-bishops such as Leopoldo Ruiz y Flores and Luis María Martínez could therefore present the Mexican Church’s case expeditiously in Rome; even as the U.S. episcopate struggled to articulate a position on Montezuma, a telegram from Rome would arrive expressing concern for the seminary’s future, at which point the U.S. episcopate felt bound to continue if not to increase its support.

The Mexican bishops were also adroit at cultivating secular U.S. brokers, such as ambassador Daniels, lifelong friend of FDR. Daniels repeatedly framed Montezuma as an example of religious good neighborliness to the U.S. administration, further complicating U.S. bishops’ attempts to get out from under the rock of subventing a Mexican seminary on foreign soil. It also helped that FDR’s “good neighbor” policy had penetrated the U.S. Church, which in some ways was a weak hegemon and, in some sectors, a frank accomplice of Mexico. There was, therefore, a powerful group within the U.S. episcopate that was willing to translate Rooseveltian good neighborliness into a Catholic, “good Samaritan” formulation.

Montezuma is largely forgotten in both U.S. and Mexican history: When, in fact, it was a central accomplishment of post-revolutionary Mexican Catholicism and should be remembered as an instance of real Catholic consolidation, the Mexican Church’s equivalent of the cardenista oil expropriation of 1938. 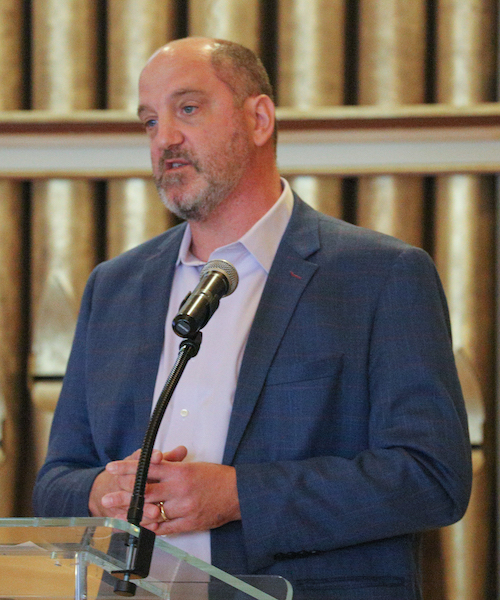 Matthew Butler is associate professor of history at the University of Texas at Austin. He is author of Popular Piety and Political Identity in Mexico’s Cristero Rebellion: Michoacán, 1927-1929 (2004) and editor of Faith and Impiety in Revolutionary Mexico (2007).