“The Revolution is Afraid”: Cristeros and Sinarquistas in Mexico and the United States, 1926–1950

From the 1920s until at least 1950, the religious politics of Mexico impacted communities on both sides of the border. This was particularly apparent during the Cristero War (1926–1929) and during the formation of the Unión Nacional Sinarquista in the 1940s.

The Cristero War was a violent conflict between the Mexican government and Catholic partisans. In July 1926, the Calles government announced a new penal code that would enforce the anticlerical laws of the Mexican Constitution of 1917. In response, the Mexican Catholic bishops announced the suspension of religious sacraments and the closure of Catholic churches across the country. Mexican Catholic partisans reacted by taking up arms against the state, and their uprising was particularly intense in the west-central states of Jalisco, Guanajuato, and Michoacán—states that included the famously religious regions of the Bajío and the Altos de Jalisco.

The Cristeros’ battle cry was “Viva Cristo Rey,” or “Long Live Christ the King,” and they went to battle wearing scapulars and singing hymns, believing that those who died in the conflict would become Catholic martyrs. Ultimately, the Cristero conflict ended after Mexico’s Catholic hierarchy came to an agreement with the Calles government in 1929, and directed the troops in the field to lay down their weapons. Although there were sporadic uprisings in the 1930s (known collectively as “La Segunda Cristiada”), they did not amount to a widespread rebellion.

Yet by the late 1930s, Catholic partisans found another outlet for their frustration and opposition to Mexico’s revolutionary state. In 1937 in León, Guanajuato, a small group of conservative Catholic middle-class men formed the Unión Nacional Sinarquista (UNS), a national Catholic organization that aimed to bring about a Christian social order in Mexico and to challenge the revolutionary government through peaceful means. At its peak in the early 1940s, it had approximately 500,000 members (although the numbers are disputed).

Although the UNS was concentrated in the same region of Mexico where the Cristero war was fought, there are key differences from the Cristero movement. The UNS aimed to be nonviolent (although there were occasional conflicts between individuals in the UNS and government officials and their supporters), and it had no real plan for the seizure of power, nor even a plan for a political party. In addition, there was very little clerical support for the sinarquista movement.

To bring their vision to life, they promoted Catholic education throughout Mexico. Education, to the UNS, was a way to reclaim young Mexican minds from the threat of the government’s program of socialist education. To that end, women played a significant role in the UNS, whose female members formed auxiliary women’s organizations nationwide, and helped to develop programs of Catholic education for children in every branch.

Another major project was to fight against the Mexican government’s plan of state-led land redistribution by creating an agrarian society, guided by Catholic moral principles, that would work cooperatively to farm privately owned land. To do this, the UNS planned four Catholic colonies: Maria Auxiliadora in Baja California; Villa Kino in Sonora; Santa Maria del Refugio, Tamaulipas; and San Miguel Arcangel in Durango (the latter two were never officially established). In the colonies, the UNS leadership promised, Mexican Catholic families could live in utopian Catholic communities in which the patriarchal order, private property, and Catholic education were held sacrosanct. In Maria Auxiliadora, the most successful of the colonies, some 260 colonists built a church, a school, and 60 houses of palm and reeds—“a little city created by Sinarquismo in the middle of the desert” [1]. Some 85 people founded a similar colony at Villa Kino, on the Sonoran coast of the Sea of Cortez. Although the colonies collapsed after just a few years, while they survived, they were a major motivator for UNS fundraising and activism.

During the heyday of Cristero and UNS organizing, both groups found significant support from growing migrant communities in the United States. During the 1920s, as I have written elsewhere, Cristero supporters formed a “Cristero diaspora”—a network of emigrants, exiles, and refugees who supported the Cristero cause by sending money, arms, and recruits to Mexico. In addition, they marched in public demonstrations and processions, and they founded churches, convents, and schools that still exist to this day. Like their counterparts in Mexico, they sought the overthrow of the current regime, and they threw their support behind a number of political exiles who promised to launch rebellions against the Calles government, including Adolfo de la Huerta, Enrique Estrada, and José Gonzalo Escobar.

For the UNS as well, migrants would become an essential part of the organization. By the early 1940s, thousands of Mexican migrants had become enthusiastic members, joining local chapters of the UNS from California to Texas to Indiana. They attended frequent meetings where they pledged loyalty to the organization, exchanged news, prayed, watched films, sang sinarquista hymns, and donated not only money, but jewelry, farming implements, and domestic utensils. The women’s section was also active in the United States, with at least one chapter in El Paso. The financial help of the migrant community was essential for supporting the organization and the colonization efforts.

Although both the Cristero and Sinarquista movments ultimately collapsed, their legacy is still important on both sides of the border. The Cristero War is still very much alive in Mexican popular memory, especially in Jalisco, where it is common to see altars to Cristero martyrs inside Catholic Churches. The sinarquista movement has also remained active, maintaining physical and digital spaces and helping to fuel religious and political conservatism in Mexico. Both movements continued to inform politics in Mexico—leaders and members on both sides of the border would ally with and provided support for the Partido de Acción Nacional (PAN), Mexico’s largest conservative political party, as well as traditionalist right-wing Catholic organizations such as El Yunque, Opus Dei, and the Legionaries of Christ. In Mexico, Salvador Abascál, one of the founders of the UNS, would remain a central figure within the Mexican Catholic right until he died in 2000, and two of his sons would hold positions of power in the conservative PAN government.

In reflecting upon the history of right-wing Catholic activism in Mexico and its diaspora, it is important to consider the ways that migration has worked to change political conflicts in Mexico during the twentieth century. Indeed, by incorporating the study of migrants into Mexican political and religious history, it is apparent that what happened in Mexico did not stay in Mexico. Indeed, migration made—and still makes—Mexican politics inherently transnational, as migrants both impact and are impacted by the politics of the homeland. 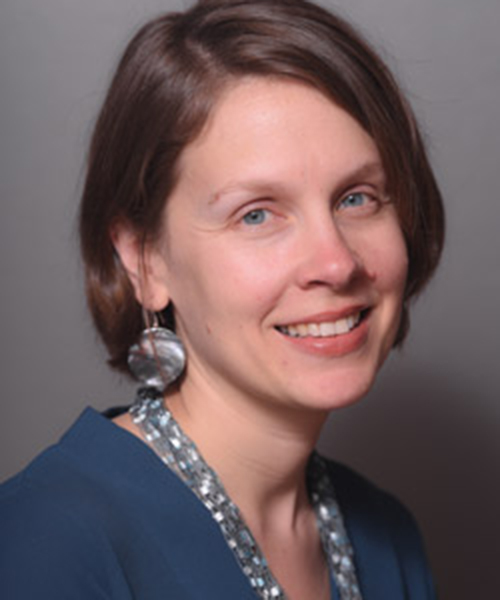 Julia Young is associate professor of history at the Catholic University of America. She is author of Mexican Exodus: Emigrants, Exiles, and Refugees of the Cristero War (2015) and co-edited Local Church, Global Church: Catholic Activism in Latin America from Rerum Novarum to Vatican II (2015). She is working on a new book on Sinarquistas and other right-wing Catholic activists in post-Cristero Mexico.