What do medieval saints and radical vegan Chicanx have in common? Perhaps more than we think. Statistics show declines in rates of active religious participation among Catholics in both Mexico and the United States. Much attention has been paid to this, with explanations pointing to the global rise of secularism, growing numbers of adherents to different Christian denominations and other faiths, and a crisis within Catholicism driven by debates about priestly celibacy, women in the priesthood, contraception and divorce, and revelations of sexual abuse of minors by clergy.

At the same time, many young people are participating quite actively in other kinds of collective activities, whether the cult of unofficial and even verboten saints, like Santa Muerte, movements for social justice and LGBTQ rights, or dietary practices like “decolonized diets.” I would like to focus on this last, positing that we should ask ourselves whether participation in restrictive dietary practices rather than an aspect of secularism, might instead be considered a new modality of spiritual practice informed by and comprehensible within historical Catholic religious traditions and devotional practices.

Many religions include food rules, whether Kashrut in the Jewish tradition, rules surrounding haram (prohibited) and halal (permitted) foods in Islam, and more. Fasting is also a historically significant religious practice across many cultural contexts. Carolyn Walker Bynum’s Holy Feast and Holy Fast: The Religious Significance of Food to Medieval Women chronicles the diverse practices centered on food and fasting engaged in by late medieval European women. Extreme practices of bodily control caused many to venerate and even canonize practitioners.

The peak of such devotional practices centered on fasting in the medieval era slightly preceded the period of conquest and evangelization of Mesoamerica by the Spanish, and food rules were also important to the project of Christianization of the Americas. Introduction of foods from the Old World considered to be metonymic of Iberian Catholic identity, like pork and wheat, and sanctions on indigenous foodstuffs considered “uncivilized” were a part of the Spanish evangelical project. Amaranth, for example, was prohibited in the colonial era, since seed cake effigies of popped amaranth seeds shaped in the form of skulls and bodies were an important feature of Mexica rituals honoring the dead and considered diabolical by colonists.

Today, a small but significant number of the descendants of that encounter seek to incorporate pre-Columbian foodways more significantly and deliberately into their everyday lives as a form of cultural expression and resistance to hegemonic erasure and violence. A quick glance at YouTube and Google search results for “decolonized diets” reveal a flourishing of “how to” videos, manifestos, prayers, and poetry centered on foodways as a means for reconnecting with indigenous identities and resisting cis-heteropatriarchal and Eurocentric cultural practices. Interestingly, these projects are often articulated as a means for pushing back against culinary gentrification, the industrialization of the food system, and homogenizing trends of globalization. While these projects might be viewed exclusively within the realm of cultural resistance, I would argue it is more valuable to frame them within Renee De La Torre’s conceptualization of popular religion: "Popular religion, understood as being ‘in between’ the traditional and the newly arising, between the local and the transnational, between the social and the individual and between the holiness of the worldly and the worldliness of the sacred, makes it possible to take into account the phenomena of religion practiced on the margins of the institutions (as in its new age and neo-esoteric expressions).”

Decolonizing one’s diet involves rejecting ingredients, cooking methods and attitudes about cooking that are drawn from Europe and settler colonial violence in the Americas. Even though it can be a historiographically difficult endeavor, they seek to reveal and “re-member” pre-Columbian ideas about cooking techniques, ingredients, and most importantly, food as a resource for health and community well-being. Luz Calvo and Catriona Rueda-Esquibel, authors of Decolonize Your Diet (Aresenal Pulp Press, 2015) articulate their prescriptions for physical and spiritual health as a means for linking spiritual practice, health, and the everyday:

For us, helping to build an awareness of the relationship between food and community offers one way to reclaim indigenous knowledge. We are writing a cookbook, but not just for individual cooks to read, or even cook from while isolated in their kitchens…We hope that our project will inspire our readers to think critically about the effects of colonization on the food we eat and motivate them to get involved in their communities.

What began as a personal project to identify foods for healing from cancer (and coping with the side effects of allopathic treatments for it) became a larger strategy for living, in concert with particular framings of identity, meaning and community.

Like Calvo and Rueda-Esquibel, many people who articulate strategies for “decolonizing” their foodways emphasize pre-Columbian foodways of the Americas that are largely plant-based, and often, although not always, vegan or vegetarian. Food as a metonym for cultural affiliation and expression is not new. Today, in the United States, food is a means for expression of ethnic identity and social cohesion. In a moment when tacos seem to have reached an apex both of quality, ubiquity, and of appreciation by Mexicans and non-Mexicans alike, Mexican food is not only a very popular index of Mexican identity, it is also a delicious means of pushing back against xenophobic sentiments that are too often articulated through discourses that have a specifically anti-Mexican valence.

Vegan and vegetarianism, in contrast, are often framed as being elitist expressions of a particularly privileged kind of construction of consumption that is simultaneously a method of expression of difference and a modality of white supremacism. Some of its practitioners are dismissed as unnecessarily self-abnegating and self-righteous. Thus, a specifically indigenous pre-Columbian articulation of plant-based foodways that centers indigenous knowledge, cultural resistance, and an anti-racist project is not only disruptive, but also has the potential to be very meaningful to its practitioners. Like fasting and fainting among medieval proto-saints, the bodily discipline required by decolonized food rules, especially when such rules are difficult to achieve, offers an intellectual and embodied project of devotion as well as a vehicle for transcendence and communion.

Rather than overlook the practices of decolonized eaters as a form of secular troublemaking, framing these as practices that are much more akin to longstanding religious tradition of bodily discipline and devotion will enable a more fruitful engagement with them as novel modes for making meaning. 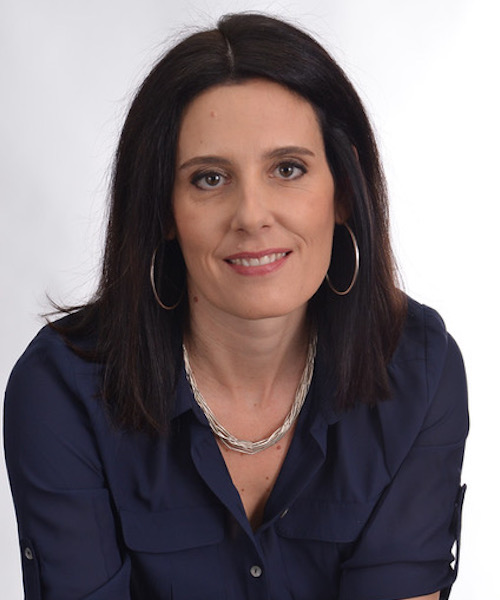 Alyshia Gálvez is professor of food studies and anthropology at the New School. She is author of Guadalupe in New York: Devotion and the Struggle for Citizenship Rights among Mexican Migrants (2009); Patient Citizens, Immigrant Mothers: Mexican Women, Public Prenatal Care, and the Birth Weight Paradox (2011); and Eating NAFTA: Trade, Food Policies, and the Destruction of Mexico (2018).