Child Sexual Abuse in the Catholic Church: The Australian Experience

When the Australian Government was considering the establishment of a Royal Commission into Child Sexual Abuse in Institutions in 2012, Cardinal George Pell, the most senior Catholic in the country, welcomed its broad terms of reference, focusing on abuse in all institutions, including secular ones. He objected strenuously that the Catholic Church was being treated in the media as “the only cab on the rank.”

Cardinal Pell, who was himself accused of child sex abuse by numerous men in unrelated incidents over many years and eventually convicted of offences against two choirboys, had reason to fear what a thorough inquiry into child sexual abuse in the Catholic Church might reveal. If there was to be such an inquiry, he wanted the sins of the Church to be contextualized within a much broader examination of the problem across all kinds of institutions.

Five years later, in December 2017, the Royal Commission handed down its final report. Cardinal Pell was right to some extent. Child sexual abuse has been prevalent for decades in all institutions providing education or care for children or organizing activities for them. 62% of the survivors who came forward to the Royal Commission to testify about their abuse in religious settings reported that they were abused in Catholic institutions. However, this was not necessarily a large over-representation, since a substantial proportion of all faith-based schools and children’s homes were run by Catholic entities in the 60 years after World War Two.

Far more troubling was the reported prevalence of abuse allegations against Catholic priests and male religious (that is, monks or brothers), as a proportion of those in ministry during the period from 1950 to 2010. Drawing on the Church’s own data of complaints and compensation claims, the Royal Commission used a weighted average methodology to assess prevalence that takes account of how long each priest or male religious served in ministry during the survey period. Using this methodology, around 7% of all Catholic priests serving in this period were accused of child sexual abuse. The proportion in certain religious orders was very much higher. There were allegations against 21.5% of Benedictine priests, 17% of Salesian priests, and 14% of Marist Fathers. The figures for allegations against non-ordained brothers in some religious orders were even more startling. Using the weighted average methodology, over 40% of St. John of God brothers were alleged perpetrators, as were 22% of Christian brothers—the largest order in Australia. Over 20% of Marist and Salesian brothers were also accused.

Similar data is not available for other churches, due to the lack of a reliable and comparable dataset on which to draw. Furthermore, there is no equivalent in other denominations to the large Catholic religious orders, which typically ran the schools and children’s homes where so much abuse occurred. The Anglican Church of Australia, which during the sixty year period from 1950 to 2010 had a reasonably similar number of adherents across the country, had less than a third of the Catholic Church’s number of alleged perpetrators. However, it had far fewer schools and children’s homes.

Is there a link between the theology of the Catholic Church and the levels of abuse by priests and male religious? It is too simplistic to say that celibacy is the problem per se. The Royal Commission found that there were wide variations between Catholic dioceses in terms of the proportion of alleged perpetrators among priests. For example, 2.4% of priests were accused in the Archdiocese of Adelaide compared with 9.3% in Brisbane. In one rural diocese, 15% of priests had been accused. There are similar variations among the male religious orders. All of these men were equally bound by a vow of celibacy. Furthermore, celibacy itself cannot explain the mode of sexual expression. That is, if a priest or male religious were inclined to break a vow of celibacy, there is no reason why he should target minors. Nor does the requirement of celibacy alone explain why about three-quarters of all victims were male.

What the data does point to is the importance of opportunity for those who, for whatever reason, have an inclination to abuse. Much of the abuse occurred in residential settings such as boarding schools and children’s homes where the priests or religious were in loco parentis. The male religious looked after boys. The nuns looked after the girls. Priests had opportunities to be alone with altar boys and other male youths to a much greater extent than with girls. The Anglican data is very similar in this respect. Most victims in the Anglican Church were boys as well.

However, it is hard to avoid the conclusion that the requirement of celibacy has some part to play in the proportion of Catholic priests and male religious accused of child sexual abuse compared with ministers in other churches. Another major factor is the institutional culture, which is likely to vary from one diocese to the next and between different religious orders. If men have the inclination—and a lot of opportunity—to abuse, they may still hesitate to act on those inclinations if the fear of being caught is high and the repercussions are serious. The Royal Commission showed through various case studies that generations of leaders in Catholic organizations were complicit in minimizing the seriousness of allegations when children complained and in covering-up wrongdoing. Perhaps these perpetrators and their religious leaders did not understand that God sees everything done in secret and calls all of us to account. As the Royal Commission showed, what is said behind closed doors may be proclaimed from the housetops. The child sexual abuse crisis in the Catholic Church does represent a theological failure; but more than anything else it has been a failure to understand the God these Catholic leaders were called to serve. 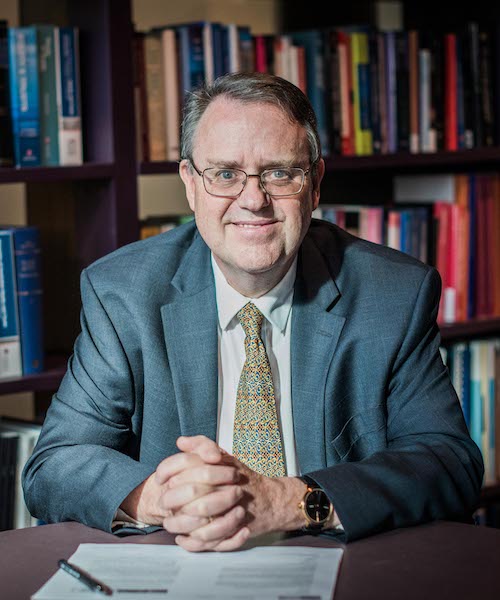 Professor Patrick Parkinson is dean of law at the University of Queensland and author of Child Sexual Abuse and the Churches (1997).