Clerical Sexual Abuse: Religious Institutions Must Have a Pentecost Moment and They Must Have It Now

Addressing the issue of clergy sexual abuse is a daunting task even for the most capable academics. The phenomena of sexual abuse and child sexual abuse have existed for millennia. Despite claims to the contrary, clerical sexual abuse is not a new phenomenon either. In the Catholic Church, for instance, the crisis is often blamed on the sexual revolution of the 1960s, developments in theology following the Second Vatican Council, and Godless liberalism in modern society. However, these claims are contradicted by substantiated evidence showing that abuse occurred in earlier times and in countries all over the world, such as Germany and Mexico. For instance, in Australia available records of abuse can be traced down to the nineteenth century.

In recent times, daunting stories of abuse in religious institutions have surfaced, forcing religious communities to confront their demons. Academics such as Terence McKiernan, founder of BishopAccountability.org, have taken it upon themselves to gather records of clerical sexual abuse. However, it will be long before anyone can fully analyze these records to reach substantiated conclusions as to the cause of and solution to clergy sexual abuse.

While the Catholic Church has had the most high-profile cases, clerical sexual abuse is not an exclusively Christian or Catholic phenomenon. Cases of abuse by religious leaders have been reported in the Baptist Church, Evangelical churches, and among non-Christian religious communities, such as Muslim groups and Buddhist denominations, for example.

The prevalence of clerical sexual abuse across religious lines raises questions of whether organizational structure and/or distinct theologies play a role in the crisis.

For instance, the Southern Baptist Convention—a non-hierarchical body that works as a “fellowship of congregations” that pools their financial resources—has faced opposition to reform. When the Southern Baptist Convention considered creating a clergy sex offender database and enacting other reforms, the proposal was knocked down. Those opposing the reforms alleged that claims of clergy sexual abuse are better dealt with on a congregation-by-congregation basis, in effect valuing autonomy over reform. Often, this type of argument is offered when there is resistance to centralized change—similar to the way American states resist changes mandated by the Federal government citing Tenth Amendment concerns.

In contrast, the hierarchical Catholic Church seems to be doing better. While the Pope’s newest decree requires a local bishop to supervise investigations of accused bishops, the American bishops decided to go further by strongly encouraging lay involvement in abuse investigations. While an argument could be made that such successful implementation is possible thanks to a focus on obedience in hierarchical institutions, an equally convincing argument could be made that the American bishops did not resist reform simply because they are tired of taking so much heat for their past inaction.

Organizational structure might also be relevant in the furtherance of policies and theologies that conceal and protect pedophile clergy.

Distinct theologies such as those that feed clericalism in the Catholic Church have played a major role in the sex abuse crisis.

Clericalism is characterized by a clerical obsession with status and power. It does not have its roots in the Gospels or in the egalitarian organizational model followed by early Christians or Jesus himself. Rather, its roots are found in the Roman Empire and became part of Christianity when Christianity became the imperial religion.

This obsession with status and power breeds secrecy. In the Catholic Church, the fear of losing power and the desire to protect the Church’s reputation led to serial concealment, legal blockages, denial, and discrediting of victims’ allegations and of those inside the Church who sought to address the problem.

Richard Sipe, a former Benedictine monk and a psychotherapist who had counseled hundreds of priests, believed that a culture of secrecy in the priesthood was largely to blame for the sex abuse crisis. Sipe believed 6% of priests were pedophiles. As to celibacy, Sipe concluded that no more than half of priests, both gay and straight, at any given time were leading genuinely celibate lives. This, he believed, created a culture of duplicity wherein non-pedophile priests chose to look the other way because they failed to recognize acts of pedophilia as criminal, instead treating such acts as moral failures equal to their own.

Other Aspects of Theology that Religious Institutions Must Confront

In addition to the theology that furthers clericalism, some aspects of Catholic sexual theology enable sexual abuse because they indirectly contribute to a culture of secrecy. For instance, when rules of sexual theology are outdated, rigid, and far from the lived experiences of most lay Catholics—such as in the case of non-abortifacient contraceptives and masturbation, for example—the lay Catholic may also feel shame for their own failures, causing them to look the other way when others “fail.” Seeing pedophilia as a moral failure rather than a crime, a network of enabler laity also contributed to clergy sex abuse. Religious institutions must do a better a job of educating themselves, their clergy, and their laity as to the difference between pedophilia and failure to achieve the ideals of Catholic sexual theology. If necessary, they must seek help from specialists within and outside the faith.

Another aspect of sexual theology the Catholic Church will have to address more in depth is its teachings on homosexuality. In criminal court, the easiest way to get away with crime is by introducing a second suspect so as to create reasonable doubt that the defendant did not commit the crime. In a similar manner, as long as pedophile priests and supporters of clericalism can scapegoat gay priests, the issue will never be solved. As it stands, Catholic theology regarding homosexuality does not see homosexuality in itself as a sin. Despite this, celibate gay priests in the Catholic Church continue to fear judgment and are often unable to defend themselves as a result because the bishops have not fully spoken about the God-given gifts of gay and lesbian persons or their innate dignity as children of God. Furthermore, the bishops have failed to forcefully differentiate between a gay sexual orientation and pedophilia, often conflating the two.

Finally, the Catholic Church will have to confront its teachings on the role of women in the Church. While the issue of abuse of religious sisters has not blown up the way the issue of child abuse has, it is posed to be the next scandal. As a comparison, the Baptist theology of complementarianism, a theological stance among some Baptists suggesting that women should play a subordinate role in church and society, has been credited with making women more vulnerable to abuse.

Because these are all issues that many religious institutions have been avoiding for quite a while, the task of reform seems insurmountable. Oftentimes national context, political partisanship, and culture get in the way of meaningful reform. But if reforms are to be effective, religious authorities have the duty to address tenets of theology that contribute to sexual abuse.

In this dialogue, the voices of those outside faith communities are important. Many of those “outside” the faith are lapsed congregants who have a say on issues affecting their Church and who may return to their Church if meaningful change is made. Furthermore, even those completely outside the faith can provide their unbiased perspective and expertise. While churches such as the Catholic Church and the Baptist Church value their independence from secular and civil authorities, neither church is an island. In a society where everything is interconnected and where everybody is a part of the Body of Christ, everything that happens within affects the outside world and vice versa. Fear of and isolation from the outside world is never an answer. American religious institutions need to have a Pentecost moment, and they must have it soon. 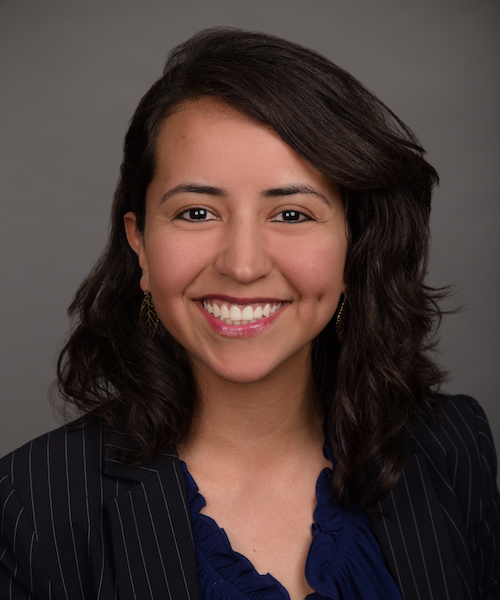 Yunuen Trujillo is a recent law graduate, a faith-based community organizer, and a lay minister in the Catholic Church. Currently, she is one of the religious formation leads with the Catholic Ministry with Lesbian and Gay Persons. Her research interests include immigration, the Sanctuary Movement, and religious freedom.