Much discussion of Catholic clergy sexual abuse scandals centers on clerical power over laypeople. There is much good work to be done—and much being done—to address this problem. Even many bishops were vocal in their calls for lay involvement in the process of investigating charges against bishops. Events like the Georgetown Law Center’s day-long meeting of those involved in dealing with abuse allegations and reforming the Church, which I had the privilege to attend, confirm that the overwhelming majority of those involved “on the ground” are now laypeople. Moreover, whatever the theology of the hierarchical Catholic priesthood, there is no theological reason for priests or bishops to wield absolute control over their parishes and dioceses.

However, less discussion has focused on the power dynamics within the clerical ranks. The events of 2018, especially surrounding ex-cardinal Theodore McCarrick, have more vividly revealed this problem. The clerical cast of characters in the McCarrick drama have, I think, exposed the extent to which the Catholic priesthood, especially at its higher ranks, functions like an old-style court patronage system. Of course, patronage works everywhere and not always for ill. But for many laypeople, patronage relationships in professional settings now are relativized by various mechanisms we typically label “meritocratic.” Meritocratic systems—whatever their failings—at their best enable two things: promotion based on genuine success and criticism of those in power by whistleblowers.

One might debate whether McCarrick was successful at his job or whether the whistleblowers who tried to stop him had less-than-admirable motives. However, what has been revealed certainly suggests the role patronage-style relations played in protecting McCarrick and enabling his bad behavior. The scope of the scandal went far beyond McCarrick’s own failures, precisely because of his insider relationships with the most powerful hierarchs, as well as his ability to be an important patron for those on whom he preyed. Importantly, the scandal highlighted the particular vulnerability of seminarians, who are totally reliant on episcopal power for their vocation. In the aftermath of the news, the chaotic series of responses from both American bishops and from Rome painfully suggested that the networks of power among bishops were fraught with personal and monetary complications that seemed to make genuine transparency impossible.

The problem extends beyond the flashy McCarrick case. In another major scandal, Bishop Michael Bransfield of the Diocese of Wheeling-Charleston was forced to resign, and a subsequent investigation discovered a pattern of harassment, particularly of younger clerical assistants, and gross misuse of funds. In announcing the results of the investigation, Archbishop William Lori of Baltimore said, “the Bishop’s management style and personality undermined the effectiveness of diocesan policies, controls and oversight procedures … [I]t is apparent that the judgment of diocesan personnel was impacted by the culture of fear of retaliation and retribution that the former bishop fostered.” Unfortunately, Archbishop Lori himself was caught up in the scandal, after a Washington Post report found that he has ordered the names of gift recipients removed from the report … including his own. Refreshingly, the Archbishop forthrightly admitted he had erred in doing that, though he maintained that there was no evidence that the gifts led to “reciprocity.”

The layers of the Bransfield scandal are incomprehensible to the average layperson. How does a bishop get away with a management style of fear and threat when corrupt uses of assistants and funds are hardly hidden? Who thinks it is normal to receive lavish cash gifts from a professional colleague? Who thinks such gifts come with no strings attached? Yet these were no one-time events—they had gone on for his decade-plus tenure, directed patronage-style at flattering the powerful and controlling the weak.

Corruption among the clergy is hardly a new thing in the history of the Church. Yet the McCarrick and Bransfield cases reveal that a “find the bad apples” approach is insufficient. While all too often the worst damage was inflicted on victim-survivor children outside the clerical ranks, the dynamics of unseemly secrecy—and even the damage done to vulnerable seminarians—point to an infection within the network itself. The problem is not simply power over laity. The problem is the way networks of power operate within the priesthood. Such systems of reward, mentorship, and correction are an inevitable part of any sort of hierarchical organization, and utopian appeals to a flattened egalitarianism not only reject Catholic tradition but also show a naïveté about the necessity of structures.

A better approach is to ask: What exactly do the systems reward and correct? Currently, the system over-incentivizes marks of deference, correct procedure, and the like in order to get ahead, especially dangerous when there is need to criticize peers and superiors. A better system might take the idea of meritocracy and give it a good dose of Pope Francis. Francis has warned against a false meritocracy in our economy, in which people “deny mercy in the name of merit,” using meritocracy as something that “gives moral cover to inequality.” But what if the Church practiced a kind of reverse meritocracy? What if promotion came for those who constantly go to the peripheries? Who eschew pomp in their own lifestyle? Who genuinely practice the “missionary impulse” that Francis suggests should animate everything the Church does? And who are able to show charitable candor, in the spirit of Matthew 18:15-20, in “whistleblowing” on real problems? Such a reform might not only help prevent future abuse; it might actually renew the Church. 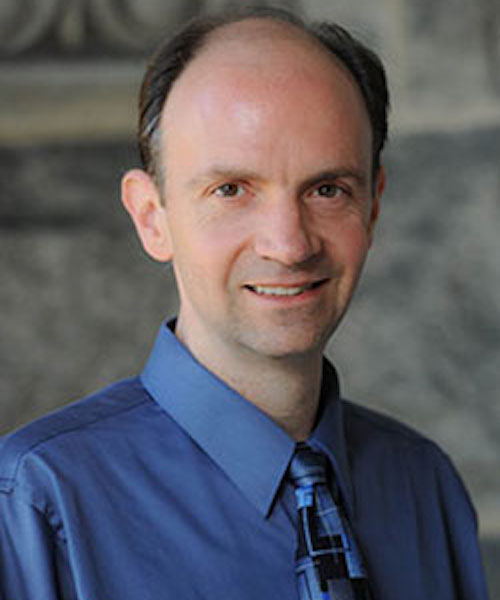 David Cloutier is an associate professor of moral theology at the Catholic University of America in Washington, DC, whose work focuses on the vice of luxury and environmental ethics.