Wolves in Shepherds’ Clothing: The Failures of Institutional Churches

In considering the status of various churches’ responses to clergy sexual abuse, there is now much to examine in terms of institutional efforts and failures.

My first encounter with a survivor of clergy abuse came in 1983. It caught me completely unawares. I was executive director of what is now the FaithTrust Institute, which had been working since 1977 on equipping church leaders with the tools necessary to address domestic violence and sexual abuse of children. The woman who called simply said that she was a Methodist who had been sexually abused by her pastor. She was looking for someone in the United Methodist Church to whom she could report her abuse. As she briefly shared her experience of being exploited by her pastor, I had an internal “oh my God,” moment. I then gave her information about how to access resources within her denomination.

I gathered our staff, shared this story, and concluded that we had a problem out there in our churches that we knew nothing about. FaithTrust began to organize our resources to equip churches and denominations to address the anticipated disclosures by thousands of survivors of abuse at the hands of church leaders.

Now nearly forty years since, the picture of the problem has become starkly accentuated with bishops, cardinals and pastors, rabbis, and imams in jail; archdioceses and megachurches in bankruptcy. The institutional impact is finally being felt; there is a high price to pay when institutions ignore or enable the sexual abuse of children or adults.

Institutions have slowly responded, not really wanting to know, hoping that this plague would pass them by, stumbling in the dark, and mostly failing in ways that have greatly exacerbated the suffering of survivors and their families. In examining the insufficient response to clergy sexual abuse, I point to one fundamental cause.

Institutions by their very nature are conservative, self-protective, and very concerned about their public image. They most often view clergy misconduct as a “scandal” to cover up rather than a fact to be confronted and addressed for the sake of the people they serve. Survivors’ voices and legal actions have motivated institutional responses. The #ChurchToo movement, following in the path of the #MeToo movement, is providing a public way to bring attention to churches and leaders who cause harm. When confronted with disclosures by survivors of abuse, a religious institution is faced with two possible options: an institutional protection agenda or a justice agenda.

The institutional protection agenda is always the default: hire lawyers, contain the crisis, require gag orders on survivors, or simply cover up and enable the perpetrator to continue the predatory behavior in another place. Somehow these efforts arise from a fundamental belief that the leadership is protecting the institution at all costs, shielding the denomination from its own member who has come forward to name her or his abuser. The obvious question is: How is this working? And the answer is: It is a disaster. We now have sufficient evidence that the institutional protection agenda does not actually protect the institution. Rather, it sacrifices the assets and moral core of the institution, putting the very existence of the religious community in jeopardy.

There is another agenda that in fact arises from the very values promoted by most religious institutions—do no harm, protect the vulnerable, seek healing, and call those who do harm to account, that is. This is the justice agenda, which works to address the fact that a leader has done harm to one of us.

When an adult or child discloses that they have been exploited by a faith leader, the institution should have the capacity to investigate and adjudicate the complaint and then act appropriately to either remove the perpetrator from leadership or exonerate the individual. (Of course, if the report involves child abuse or criminal assault, police should be notified first.) The results of the adjudication should be transparent and shared with the community where the offense occurred. Survivors should be believed and supported; perpetrators should be held accountable.

A just and fair response to a disclosure of abuse builds trust in the institution and can bring healing. We can pay lawyers to help us accomplish a just and fair response—not to stonewall, avoid, or punish survivors. There will always be leaders who engage in misconduct and do harm to others. Healthy institutions are capable of addressing this painful reality.

We have seen the efforts of two Christian denominations with completely different polities. At one extreme lies the Roman Catholic Church with its rigid hierarchy; at the other stands the Southern Baptist Church with its congregational structure. The irony is that both have the same problem of some leaders abusing children and adults, which has been met with institutional attempts to cover up and avoid transparency. Both have taken the default position of institutional protection and have paid a high price, literally and figuratively. The polity neither creates the problem of abuse and misconduct nor does it necessarily determine the response.

The real tragedy is that neither group (nor the other faith traditions that face this problem) has turned to its own faith resources to guide responses to the crisis. If either group had, it would have found the ethical foundation to protect the vulnerable, to call those who cause harm to account, and to bring healing through justice.

Faith leaders with institutional responsibilities should be grateful to those who take the risk to disclose misconduct by leadership. It is through the courage of victims that clergy sexual abuse can be addressed to hopefully ensure that no further harm is done. Sadly, this is a countercultural response at this time. It requires courage and persistence to be a responsive clergy member, a type of leader that we so desperately need if our faith institutions are to survive. 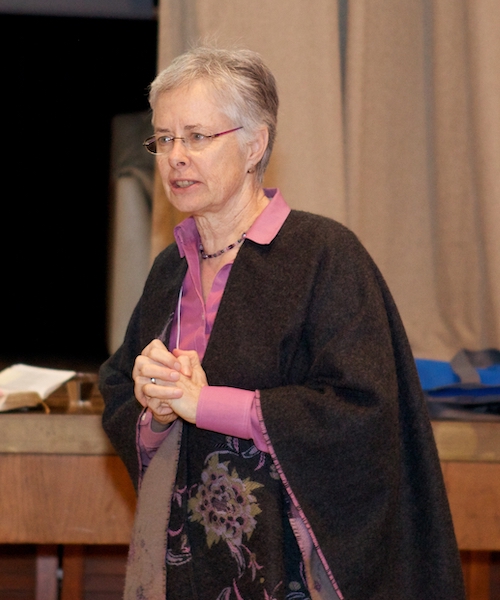 Rev. Dr. Marie M. Fortune is founder and senior analyst at FaithTrust Institute—a national, multifaith, and multicultural organization providing religious communities and advocates with training, consultation and educational materials to address the faith aspects of abuse. She received her seminary training at Yale Divinity School and was ordained a minister in the United Church of Christ in 1976.