In 2003 I published a book entitled A People Adrift: The Crisis of the Roman Catholic Church in America. The crisis of the title was not the sex abuse crisis. It was a larger crisis of a “hollowing out” of American Catholicism. “Absent an energetic response by Catholic leadership,” I wrote, “a soft slide into a kind of nominal Catholicism is quite foreseeable.” I even warned that without a “thorough-going transformation,” the church here faced “irreversible decline.” More recent statistics about people leaving the church suggest that my alarm was perhaps understated.

Completed in the year following the bishops’ Dallas Charter for the Protection of Children and Young People, A People Adrift naturally had an early chapter on “The Scandal.” There was no need to identify the scandal further. The scandal, I wrote, revealed a failure of Catholic leadership that “would manifest itself in area after area, from the church’s public role to its internal reform.”

Given that prescription, why am I out of sympathy with much current commentary on the sex abuse in the United States? Especially since much of it repeats the generally liberal proposals of my book: new powers of oversight by the laity; promotion of women to decision-making roles, including ordained ones; reconsideration of priestly celibacy; rethinking of sexual morality; and so on?

To begin, my problem is factual. The occurrence of Catholic clergy abuse has plummeted since its peak between the mid-1960s and mid-1980s. Imagine if the annual murder rate in Chicago plunged from the current 550 to about a dozen, or the rate of opioid overdoses declined by 98 percent. Would you trust anyone writing about those problems who did not acknowledge, front and center, such a precipitous reduction and look for an explanation? That was one of the many glaring faults of the notorious August 2018 Pennsylvania Grand Jury Report. Whatever the causes of this decline, it took place, after all, largely under the same theological stances and leadership structures that many critics and I have lamented. Why deny that there are apparently effective “fixes”—removal of offenders, reporting to law enforcement, screening, and prevention—that can be and should be implemented short of the deeper and unavoidably more complex changes that many of us have advocated? I stand by my proposals for reform, but I reject manipulating understandable outrage about sex abuse as the means to achieve them.

This point is reinforced by the full report from the Southern Baptist Convention. The differences between Roman Catholic and Southern Baptist theology and organizational structure are vast. Southern Baptist ministers are ordained by congregations. Ordination does not confer an indelible sacerdotal power as understood in Catholicism. Most ministers are married, not celibate. Individual churches are autonomous and, in principle, governed by lay people, who hire (and fire) ministers. Yet similar patterns emerge: victims disbelieved, accusations dismissed or minimized, abusers protected or reinstated.

The Southern Baptist Convention report is very welcome. It acknowledges systemic failures. It highlights devastating effects of abuse and the need to hear and respond to survivors. It rejects cheap forgiveness and “spiritual” evasions. It is reader friendly in a way that Catholic documents are often not. But in substance and data, it is not unlike United States Conference of Catholic Bishop statements of a quarter century ago. It does not and cannot mandate zero tolerance for offenders. It urges prevention efforts and procedures for hearing victims and reporting crimes, but it cannot require or audit them. The Convention’s role is advisory and limited to disaffiliating a non-complying congregation.

What is common to both faith groups is male-dominated leadership, as is also the case in Hollywood, politics, athletics, the military, corporations, scientific research, and even in abusive family relationships where a mother turns a blind eye to what is happening to a child. To the extensive safeguards that the American bishops have already put into place, I would add the involvement of women in the supervision of church leaders (and corporate, military, political leaders, etc.) at every level. The theological rationale can follow.

As far as Catholics are concerned, the sex abuse story has now gone global. Reports of abuse from Poland to Africa to Latin America are all mashed together, despite significant differences in timeframes, episcopal responses, legal and political regimes, and cultural attitudes. Anyone truly devoted to both the church and reform needs to discipline justifiable anger with a close examination of specific facts. 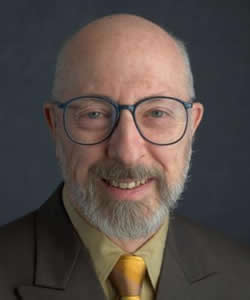 Peter Steinfels is a Fordham University professor and was previously co-director of the Fordham Center on Religion and Culture. He was a New York Times ethics columnist until January 2010 and a senior religion correspondent from 1988 to 1997. In addition to expertise in the intersection of religion and contemporary culture, his areas of interest include bioethics, French history, and health care.