We Have What We Need

As a former lawyer and now a Catholic minister who has served as a spiritual director to religious and priests in significant crises, I thought I could not be shocked by new abuse reports in our Church. I was wrong. Last summer, when so many of us learned for the first time about former cardinal McCarrick, we knew that we had hit another level of the dual crises in the Roman Catholic Church, clerical sexual abuse and leadership. As the months unfolded, we learned of McCarrick’s abuse of children and seminarians and—almost as disturbing—we learned his behavior had been an open secret that was permitted because, among other things, he had access to otherwise inaccessible despotic world leaders and could raise money, major money.

And just as the McCarrick news cycle was ebbing, we heard of Bishop Bransfield’s abusive behavior amid crumbling interlocking institutions (Wheeling-Charleston Diocese, Wheeling Hospital, and Wheeling Jesuit). The Wheeling context made even more disturbing the subsequent news of Bransfield’s opulent monthly alcohol bill and other excesses, including a $4.6 million renovation of his residence as well as his large financial gifts to Church leaders in what appear to be payments that served to allow his behaviors to go on without question or examination.

In the wake of these cases, the question Dorothy Day used to ask comes readily to mind: How do we create the conditions that “would make it easier for people to be good?” Pope Francis got it right when he named clericalism as a critical factor in the Roman Catholic Church’s dual crises.

Do we need to change the problematic theology undergirding clericalism and the practices emanating therefrom? Yes. Do the religious authorities in positions of power have a duty to address the theological tenets that contribute to the abuse? Not being a canonist, I cannot say if a legal duty arises from canon law; at the very least a moral duty must be present. But how do our religious authorities respond to that duty when no general agreement exists in our polarized Church as to what theologies, structures and practices most contribute to clericalism (is it mandatory celibacy, failure to fully receive the conciliar vision of Vatican II, priestly formation, a spiritual crisis, etc.?). And even if we had more agreement, implementation takes time. As I sit with so many people discerning whether to stay in or leave the Church, I wonder if we have time to wait.

Rita Ferrone, in her recent piece in Commonweal, speculated that the only recourse for solving the transparency and accountability of internal problems is airing the scandal in the newspapers. In the short term, I fear she may be right. Without the eyes of Marty Baron—someone outside the tradition—the Spotlight team would never have kept digging to reveal the systemic issues at play in Boston. All these years later and after new policies have been implemented, we see those same systemic issues operative and, at times, only uncovered by the Washington Post that Marty now leads.

Gratefully, we have what we need operative in our tradition: communities of celibates who live close to the Gospel, who worked quickly to address the minimal abuse in their ranks, and about whom we have never heard of the kind of graft we hear about in the clerical ranks. Women religious in the United States—especially those who come together as the Leadership Conference of Women Religious—have built organizational systems and leadership models employing transparency and accountability. These sisters are also increasingly sharing leadership with lay Christians as they pass along their charisms while living into the Church’s future.

Another excellent resource is Leadership Roundtable, which is bringing to the U.S. Church best practices and accountability in the management, finances, communications, and human resources development. At its February “Catholic Partnership Summit” in Washington, our table of lay leaders, clergy, religious, and bishops recognized how the Catholic Church is not alone in grappling with these dual crises. We also agreed that with its universal reach, deep structures, and hierarchical nature, the Church has the capacity to exercise its power on these issues more quickly than any other organization in the world; if it did, it could be the leader our world desperately needs. Now that is a moral duty worth embracing, one that very well could be the way for our Church to regain its moral voice in a world where few remain today. 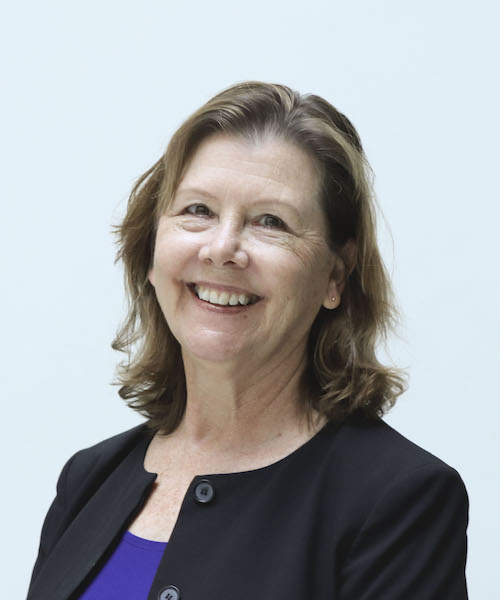 Mary J. Novak, J.D., MAPS currently serves as associate director for Ignatian formation at Georgetown’s Law Center and School of Continuing Studies at the intersection of spirituality, psychology, and the work of justice. She worked as a litigator for a decade before serving as clinical law faculty at Santa Clara University.