Among the questions we were invited to consider for this week’s Berkley Forum are: “What lessons does Dante provide for dialogue across lines of religious and cultural difference, especially as a Catholic author whose work transcends time and space?” and “In what ways might Dante speak to the ‘culture of encounter’ that Pope Francis has made a focus of his pontificate?” I would like to suggest some possible points of connection between these two questions. I will focus on Dante’s presentation of Hell in his Commedia, and especially on some surprising but often neglected aspects of it, relative to which the Commedia can indeed be seen as a rich resource for dialogue and a culture of encounter.

The first thing to note, however, is that with regard to both of the questions above the Commedia is in significant respects an appalling text. Dante seems to display throughout his poem—not just in the Inferno—a tendency toward exclusion of the other; a tendency that goes against the openness to encounter required by fruitful dialogue across religious and cultural differences. At the heart of the Paradiso, for example, we find Dante to be vehemently against immigration, spoken of as polluting Florence’s Christian purity (Paradiso 16.46–72); and, in the same section of the poem, reference is made to Islam as a foul usurper of Christianity against which the violence of the crusades is justified (Paradiso 15.139–149). Elsewhere in the Paradiso, Jews are referred to as antagonistically subordinate to Christians, and as deserving suffering and displacement for having killed Christ (Paradiso 5.79–91; 7.19–51).

Dante seems to display throughout his poem—not just in the Inferno—a tendency toward exclusion of the other; a tendency that goes against the openness to encounter required by fruitful dialogue across religious and cultural differences.

It might be tempting to try and “explain away” these appalling passages by saying that they are simply a product of Dante’s time, and not a defining aspect of his particular worldview. That is not possible, however, given how carefully and prominently placed the passages appear to be in the narrative and argumentative structures of the Paradiso. And, in any case, the tendency toward exclusion of the other that is evident in these passages seems even more clearly integrated into the architecture of the Commedia as a whole through the Inferno, which can be read as the result of Dante’s presumption to damn fellow human beings, presenting them as excluded from salvation and beatitude.

How, then, might it be possible to speak responsibly of the Commedia as a resource for dialogue and a culture of encounter?

An initial suggestion can be made by referring to two key episodes of the Paradiso. In Paradiso 20.133–138, the pilgrim Dante is told by the Eagle of Justice in the Heaven of Jupiter that no human being can judge as God judges. Then, in the Heaven of Saturn, one of the blessed reiterates the point but in even stronger terms: In Paradiso 21.91–96, the pilgrim Dante is told that no creature can see as God sees, not even the seraph closest to God. The reference to the seraph closest to God can be read as an implicit reference to Lucifer, the seraph closest to God whose fall, in the theology of the Commedia, is the result of his presumption to be like God, and is the origin of Hell.

In other words, the presumption that is integrally structured into the architecture of the Commedia is, on the Commedia’s own theological terms, akin to the fall of Lucifer and the origin of Hell. As counterintuitive as it might be, one of the central features of the poem—its author’s attempt to judge fellow human beings as God might judge them—is thus implicitly but remarkably presented as a significant moral and spiritual failing. Perhaps, this is what Dante already has in mind when in Purgatorio 13.136–138 the pilgrim express fear at the time he says he will have to spend purging his pride in Purgatory after he dies.

As counterintuitive as it might be, one of the central features of the poem—its author’s attempt to judge fellow human beings as God might judge them—is implicitly but remarkably presented as a significant moral and spiritual failing.

Be that as it may, the pilgrim’s response in the Paradiso to being told that not even the seraph closest to God can see as God sees is extremely significant, and opens up one of the most important moments of encounter in the Commedia. Dante realizes he was so intent on understanding the divine will, on seeing as God sees, that he had neglected to consider who the human being before him is. He now asks him humbly who he is (Paradiso 21.103–105). The pursuit of truth passes from the presumption to possess God-like knowledge to the humility inherent in being genuinely open to encountering other human beings. This sheds light on the Commedia as a whole, a narrative poem composed entirely of human encounters, leading to union with “love that moves the sun and other stars” (Paradiso 33.145).

Seen in the light of Dante’s encounter with Peter Damian in Paradiso 21, Dante’s presumption to judge fellow human beings can thus be viewed both as a serious failing and, if acknowledged as such, a compelling invitation to humility: a journey toward recognizing that encountering other human beings is not subordinate to our journey toward truth but coincides with it, leading to infinite love. In this sense, we might say that what the Commedia ultimately presents, theologically, is a culture of encounter in itself. One of the most remarkable moments of encounter in the Inferno can help us reflect on the far-reaching implications of this.

In Inferno 28—one of the most gruesome and controversial cantos of the Commedia, at the end of which Dante categorically seems to propose that Hell is ordered according to a principle where each sin has a fitting eternal punishment—we find a suggestion that in fact Dante does not ultimately think of Hell in such rigid terms. In lines 52–54, the poet tells us that the damned were so amazed to learn that Dante was travelling through Hell while still in mortal life that they “forgot their suffering.” It would appear that Dante’s journey through Hell not only has the purpose of showing what eternal suffering is like, but also has the capacity to alleviate it into oblivion. Read in the light of Dante’s encounter with Peter Damian in Paradiso 21, Inferno 28 seems as much about Dante’s appalling judgement of others as about trying to find our way out of such an appalling state. Indeed, the attitude displayed here by the inhabitants of Hell will in the Purgatorio be characteristic of the human beings that Dante encounters on their way to beatitude.

The Commedia offers a compelling invitation to recognize that being humbly open to encountering others, on their own terms, without imposing on them our preconceptions, is the surest path to truth and understanding.

We live in an increasingly polarized world, in which divisions of many kinds tempt us more and more away from a culture of encounter and toward a culture of demonization, presuming ourselves capable of definitive judgement, especially of those who are not like us. Increasingly, religious and cultural differences are the occasion not for dialogue but condemnation. Dante’s Commedia can help us diagnose this, recognizing in ourselves the presumption we recognize in him. At the same time, the Commedia offers a compelling invitation to recognize that being humbly open to encountering others, on their own terms, without imposing on them our preconceptions, is the surest path to truth and understanding. If—conscious of Dante’s limitations and our own—we are able to follow this invitation, Dante’s Commedia will indeed be a rich resource for dialogue and a culture of encounter. 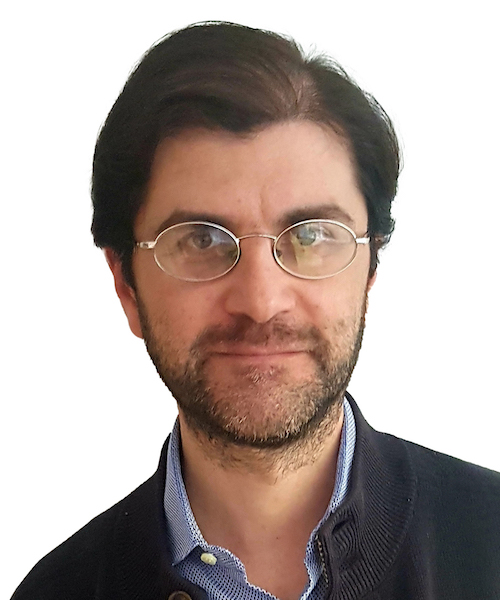 Vittorio Montemaggi is reader in religion and the arts at King’s College London and director of the Von Hügel Institute for Critical Catholic Inquiry at St. Edmund’s College, Cambridge. His publications on Dante include Reading Dante’s Commedia as Theology: Divinity Realized in Human Encounter (2016).