On September 13, 2021, a local theater in Florence, Cinema La Compagnia, opened its doors to 19 British actors—among them Helen Mirren, Ralph Fiennes, Adjoa Andoh, and Rupert Everett. Together, they started a 24-hour reading marathon of the Divine Comedy, reading the entire poem in the English translation by Robert and Jean Hollander. This event, “Speaking Dante,” was one among the hundreds of initiatives organized to commemorate the seventh centennial since the death of Dante Alighieri. The goal of “Speaking Dante,” however, was not just to celebrate Dante and his poem, but to translate celebration into tangible action.

Milan-based producer Julia Holden organized this reading marathon with award-winning writer Justin Butcher not only to create an opportunity to gather around the Divine Comedy but also to collect donations for the Florence-based chapter of Comunità di Sant’Egidio, a non-profit organization that helps newly arrived migrants and refugees. The event was held in person, but it was also recorded and made available online until September 24, welcoming donations from viewers worldwide in support of men, women, and children who are trying to make a new home in Florence.

Dante wrote the Divine Comedy in the opposite situation. In 1302, while he was on a diplomatic mission to Rome, he received the news that he—along with other members of his political faction, the White Guelphs—had been sentenced to exile from Florence. His properties were confiscated. Dante would have been executed if he ever returned to the city he had always proudly called his home. He became someone we would now identify as a refugee—a man stripped of his possessions because of his political affiliations, forced to roam unknown cities and beg for economic support.

In many ways, the Divine Comedy is ultimately a literary product of Dante’s displacement, geographical and affective, from everything he held dear. Without that dislocation, Dante would have probably never realized that he needed to tell the story of humankind as a long-awaited coming home from exodus; none of the righteous anger, bitter sadness, and sharp hope that we commonly associate with Dante would have ever found their way into his masterpiece.

In the early years of his exile, Dante would write in the Convivio, an encyclopedic treatise he did not complete because he soon turned to the Divine Comedy: “I have traveled like a stranger, almost like a beggar, through virtually all the regions to which this tongue of ours extends, displaying against my will the wound of fortune…Truly I have been a ship without sail or rudder, brought to different ports, inlets, and shores by the dry wind that painful poverty blows. And I have appeared before the eyes of many who perhaps because of some report had imagined me in another form.” Dante knew the prejudices that could accompany a foreign individual walking into a new community. He knew the knot of pride and shame that came with asking people for help. He also found the tools to transform that knot into a challenge to see the world differently and let his voice be heard.

In many ways, the Divine Comedy is ultimately a literary product of Dante’s displacement, geographical and affective, from everything he held dear.

It is very easy to forget, as readers, what a fragile and intimate process that transformation must have been. The Divine Comedy holds such a strong place as a classic of the Western literary canon, and Dante as the father of Italian literature, that we often run the risk of turning both author and text into marble—beautiful, austere, and ultimately unmovable. Instead, Dante dares his readers to move with him in more ways than we can count. He challenges us to excavate into pain and in-betweenness to find purpose and meaning; to identify and dissect the roots of injustice so we can better name and expose them for the world to see; to engage with him as he experiments, breaking and molding language and tradition, to find new modes of expression and storytelling to make that exposure matter to his audience.

What is the Divine Comedy, if not a dramatization of these challenges? This poem is the story of a pilgrim going through the three realms of the afterlife, but in the end, it also tells the story of a man who grows into a witness—someone who can bear testimony in a way that can make the world a more just place, one that is less subjugated to greed, pride, and violence. It is by no chance that in the poem, the very soul giving the pilgrim a clear prophecy of his exile and suffering—Dante’s own ancestor, Cacciaguida, whom we meet at a pivotal moment at the center of Paradiso—is also the same one that urges him to tell the world what he saw, no matter what people will say or think about him.

Reading Dante challenges us to find our place as individuals who are also, and quite inextricably, members of the communities we dare to make and put into question.

This is not a lonely endeavor. Encounter, dialogue, and a deeply felt sense of community lie at the fiber of Dante’s answer to all these challenges. Along the lines of the Divine Comedy, we hear the voices of countless other witnesses—women who were victims of abuse, political leaders committed to their communities, priests denouncing the corruption of their own orders, fathers forever asking after the sons they lost—who constantly remind us that stories are invisible if they are not shared, and that home, identity, and community, however fragile they are, can be recreated in the bowels of hell and the spheres of heaven, as long as we make time to stop and listen.

Traveling alongside Dante in the twenty-first century can teach us how to find this very juncture between self and community in our lives. Turned into wanderers looking for freedom, we learn to look for what we value in our voice and find new ways to amplify the voices of those we meet along the way. Whether in a reading marathon like the one that took place in Florence, in the shared experience of a class discussion, or in the comfort of one’s solitary couch, reading Dante challenges us to find our place as individuals who are also, and quite inextricably, members of the communities we dare to make and put into question. 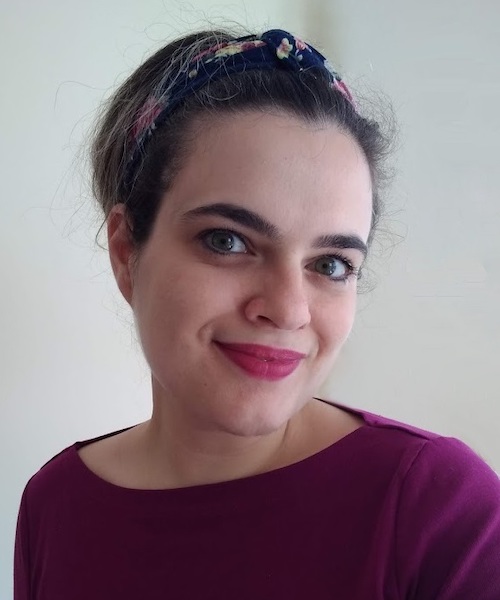 Dr. Laura Ingallinella is a literary historian who focuses on late medieval and Renaissance literature across Italy and France. An Andrew W. Mellon Postdoctoral Fellow at Wellesley College, she specializes in transregional manuscript cultures and reading practices. She is currently completing her first monograph, entitled Translating Sainthood: Making Vernacular Collections of Saints’ Lives (1200-1500). She earned her Ph.D. at the Scuola Normale Superiore in Pisa, Italy.