Dante, Money, and the Franciscan Tradition

Poetry doesn’t make you rich, and yet, Dante’s reprobation of the culture of money seems to indicate that he made a deliberate choice to be poor. The administration of money has deep personal, social, and political implications for the poet. Whatever little properties and revenues his family could count on during his time in Florence disappeared when he was exiled in 1302 and never went back to his hometown, roaming around from place to place seeking protection and support in order to devote his time to writing. What the poet opposes most strenuously is the illegal accumulation of money through the practice of usury, but also the opulence of the Church, which was symptomatic of its political power and corruption.

Dante considers usury an unnatural sin of violence against God, when in Inferno 17.43–75 he places those who earned money from interest together with the blasphemers and “those who sinned against nature,” presumably (but this is never spelled out) the sodomites. The usurers suffer a particularly harsh punishment under a rain of fire, in the third ring of the seventh circle (so, pretty far down in hell, this being the seventh out of nine circles) and Dante blames their “sùbiti guadagni,” their “quick gains” (Inferno 16.73), their desire to make money quickly; the expression he uses is in line with a contemporary interpretation of usury as a sin related to time.

What the poet opposes most strenuously is the illegal accumulation of money through the practice of usury, but also the opulence of the Church, which was symptomatic of its political power and corruption.

In our world, usury is the more tolerated practice of lending money with high interest rates, which is what banks or credit card companies do legally, while others conduct the same lucrative business less legally in what is known as loansharking. The widespread practice of lending money for interest in the late Middle Ages is directly related to the rise of mercantile exchange, because any merchant is in need of cash and wants to borrow it from those who have it. In Jacques Le Goff’s opinion, the only difference between a goods merchant and a usurer is that the goods merchant deals with merchandise of some sort, while the usurer only moves money around. In iconographic representations of the late Middle Ages, usurers are depicted on their deathbed with a pouch or a small bag hanging from their neck or waist, which contained the money they had unlawfully earned in life and were now asked to give back.

This is exactly how Dante portrays the infernal usurers, who sit under a rain of fire with a pouch hanging from their neck and seem to be waiting idly, in the same way they had waited in life for their money to grow interest without doing any kind of manual work. But the poet Dante goes even further. In Inferno 17, the pilgrim Dante looks at the emblems the usurers are holding on their chests and, thanks to the family’s coat-of-arms depicting various animals (the lion, the goose, the sow), he meticulously identifies their families as having degenerated their aristocratic standing with profitable but demeaning monetary transactions as usurers. Dante clearly intends to blemish them and smear their names in public. He condemns loansharking but also more generally the greedy behavior of those who have abandoned courtly virtues and noble attitudes for a culture solely centered on money. Although he was born too early to see the fortunes of the Bardi, the Peruzzi, and the Acciaiuoli rise through banking to make Florence rich and become a center of international finance in the fourteenth century and later the Medici in the fifteenth century, Dante witnessed and condemned the Florentine Gianfigliazzi and Ombiachi for their excessive accumulation of wealth. Usury was also a sin Dante’s own family may have been guilty of, so the poet felt very strongly about it; this feeling of shame may also be the reason why he avoids any mention of family members in the Comedy.

He condemns loansharking but also more generally the greedy behavior of those who have abandoned courtly virtues and noble attitudes for a culture solely centered on money.

The condemnation of usury is biblical and comes from Genesis 3:17–19, but it is also in Aristotle’s Physics, as Virgil reminds Dante in Inferno 11. Nature is God’s creation and art is mankind’s creation, so that art can be called God’s granddaughter. As instructed by God, women and men are supposed to earn their living with the sweat of their brow, working the earth or laboring in art and craft, and, while even commerce requires some form of laboring, usury involves no work of any kind, since money builds up all by itself. That is why the Tabula exemplorum (the thirteenth-century collection of moral tales and proverbial wisdom) states that “usurers were bandits (latrones) because they sold time, which did not belong to them.” Considering that, in medieval spirituality, time belonged to God alone and was offered as a gift to human beings so they could employ it to save themselves, wasting it by idling while one’s money was accruing on its own was regarded as a grave sin.

The issue of a correct administration of money for Christians was only a couple of centuries old in Dante’s time, having come about with a more affluent merchant society in the late Middle Ages, when relative political and social stability had resulted in a more urban society and the accumulation of wealth that wasn’t simply land possession. With money came the necessity of reevaluating the gospel precept of poverty, at first within already established religious orders, such as the Benedictines, who underwent a radical reform with the foundation of the Cistercians in the twelfth century. With the later advent of the Mendicant orders in the thirteenth century, poverty became the center of cultural attention and a heated theological point within the Church.

In poetic terms, Dante’s condemnation of excessive accumulation of wealth and his positive representation of poverty in the Franciscan tradition offers a model for the administration of money and possessions at his time.

Dante’s passion for Franciscan spirituality is well documented and his poetic portrayal of Saint Francis of Assisi in Paradiso 11 bears witness to his radical choice for poverty. In line with Franciscan hagiography, Dante’s Francis marries Lady Poverty in a mystical wedding, after she had been widowed at Christ’s death on the cross and had remained without a husband for over eleven hundred years. The new marriage with Saint Francis is meant to represent the renewed emphasis on poverty as a crucial Christian value that brings back Gospel simplicity into the Church. The image of poverty’s long absence makes a radical argument against the opulent Church that lost its spiritual mission to become entangled in political and temporal affairs, until Francis intervenes to restore it. It is an uncompromising stand that Dante takes when he shows poverty passing directly from Christ’s cross to Francis’s stigmata. In poetic terms, Dante’s condemnation of excessive accumulation of wealth and his positive representation of poverty in the Franciscan tradition offers a model for the administration of money and possessions at his time. 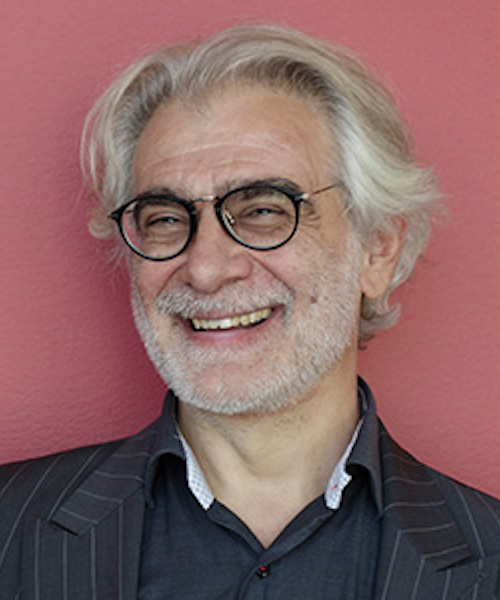 Alessandro Vettori is professor of Italian and comparative literature at Rutgers University. He is the author of over 18 articles, three edited or co-edited volumes, and three single-authored books, including Dante's Prayerful Pilgrim: Typologies of Prayer in the Comedy (2019) and Poets of Divine Love: Franciscan Mystical Poetry of the Thirteenth Century (2004).