Politics without Belief in the Divine Comedy

In a December 2019 essay entitled “Losing Faith in the Humanities,” Simon During, professor of English at the University of Melbourne, argued that “The decline of religion and the decline of the study of culture are part of the same big story.” No longer a shared culture, a base-line premise, an inherited belief system, a set of stories handed down from one generation to the next meant to civilize or cultivate the lot of us, “the humanities have become merely a (rather eccentric) option for a small fraction of the population.” We have experienced a cultural shift whereby the old authorities are no longer trusted. They have become what Dante’s character Virgil admits about his own, superseded culture: a “time of false and lying gods.” The ancient Roman poet Virgil is consigned to Dante’s Hell for no other fault than for not having faith, for not being a believer, in what the modern world now believes.

In our own modern era, there has been a question of how to read Dante if we do not share his faith, his medieval Catholic religion. One approach is to bracket off anything doctrinal, dogmatic, or theological in the Divine Comedy and deal with the “rest.” This would be the Neapolitan philosopher Benedetto Croce’s distinction between poetry and non-poetry, and may undergird readings common today that want to see Dante’s message as primarily political.

In our own modern era, there has been a question of how to read Dante if we do not share his faith, his medieval Catholic religion.

Dante did indeed have a radical—even reactionary—political message, since he stood athwart the rise of competitive nation-states and tried to yell “stop!” He was against Pope Boniface VIII’s claim of dominion over all earthly rulers, including the emperor, which he considered an illegitimate power grab. Instead, Dante held that the emperor, as the highest secular authority, should be the ultimate judge of civic affairs. This was Dante’s proposed solution to what he saw as an endless cycle of violent factional and regional strife. It was not a popular idea. Monarchy was not popular in his native republic of Florence, which celebrated its democratic form of government as a model of concord for the common good. Meanwhile, in reality, in the streets, constant feuding and skirmishes resulted in bloody ambushes, assassinations, maimings, and revenge-killings.

Dante gives us his opinion of self-regarding Florentines, who touted their independent city-state as the most natural form of government. He puts them not just in Hell, not just in the circle of violence, thereby exposing the damaging reality of their ideology, but in the subcategory of violence against nature. They are depicted as greased wrestlers spinning in a fruitless circle, not looking ahead to where they’re going but always scoping out their next hold, their next potential advantage.

In Inferno 10, Dante lumps a Guelph and a Ghibelline, from the two opposing political factions, into the same scalding sarcophagus in a burial ground of heretics. They are both described as “Epicureans” who “make the soul die with the body.” Not purveyors of some Christian unorthodoxy but rank unbelievers, they reject what for Dante was the common denominator of all civil society in all the other cultures he knew of (pagans, Jews, Muslims, Tartars): the belief that there is something eternal in all of us. Historians can demonstrate how the epithet of “Epicurean” could be handily hurled at political enemies so that they could be marginalized, fined and exiled, their property confiscated, their remains exhumed and burned, as happened to the Ghibelline hero Farinata degli Uberti and his descendants.

Rising up out of his open tomb like the Man of Sorrows in medieval iconography, Farinata recognizes Dante’s Tuscan accent and wants to talk politics, vaunting his noble stock—fiercely opposed to Dante’s—and his heroic deeds. His proud character stems from his atheism. As an early commentator put it: “He made the effort to excel in every way in this short life, since he did not hope for a better one.” By contrast, his mewling Guelph tomb-mate, Cavalcante de’ Cavalcanti, wants to know why his son Guido is not with Dante on this journey, this journey to the underworld, like the one Aeneas made to see his dead father, Anchises, in Virgil’s epic poem.

Because the damned, we now discover, do not see present things and Dante does not know this, his unwittingly devastating responses to their inquiries plunge both these men into painful despair. The Ghibellines are permanently out of power and the “sweet light” of day might not still strike the eyes of a beloved son. If the true light, as St. Augustine wrote, is the one that Tobit saw “when his earthly eyes were closed but he taught his son the path of life,” or that Isaac saw when, old and blind, he knew his sons by blessing them, or that Jacob saw “when he had lost his eyesight to his own great age but shed light out of his heart into the Hebrew people’s future tribes, portended in his sons,” then what is missing in the blind prison of the unbelievers is the light that can be passed from generation to generation, even by the aged and blind: the light that makes all who see it and love it “as one.”

What such a story might be in a post-Christian, pluralistic world is a good question, an open question. It is a good reason to make the trip to the underworld and consult with the dead.

Farinata stands tall in his damnation, as if he held all of Hell in disdain, as something not worthy of his belief. The lack of belief of these political figures in something that endures, that can be passed on, is shown to underlie the broken trust between people even of the same city who share the same language. Despite their obsession with current events, their unbelief is really a blindness to any ever-present reality, to any “real presence.” It is a failed allegiance to what we might call the truth, or at least to any common reality, to any set of agreed upon facts that constitute our shared present. That such facts might be part of a fiction, a story, or a narrative in no way reduces their importance, or their truth, in which we might well believe. What such a story might be in a post-Christian, pluralistic world is a good question, an open question. It is a good reason to make the trip to the underworld and consult with the dead. 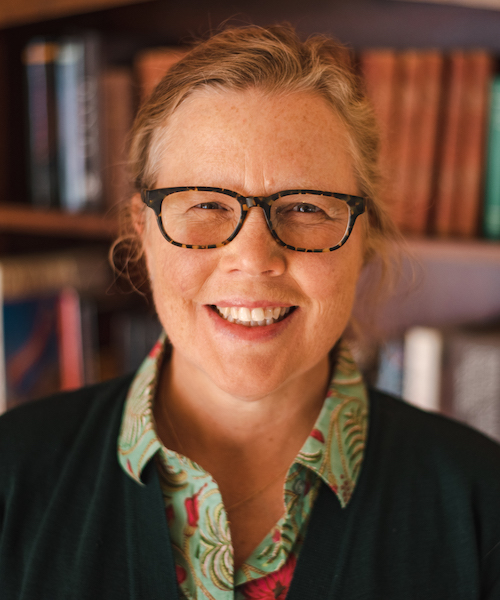 Alison Cornish is professor and chair of Italian studies at New York University, current president of the Dante Society of America, and author of several monographs and numerous essays on the three crowns of Italian literature and the culture of translation in which they flourished.