The Gospel According to Dante

In an apostolic letter issued by Pope Francis on March 25 of this year, commemorating the seventh centenary of the Italian poet Dante Alighieri’s death, Francis declares that Dante’s life and works remain a lasting treasure that embodies the virtue of hope so desperately needed in today’s world. The pope adds that he appreciates the Catholic poet’s work for the “enduring warnings and insights it contains for humanity as a whole, not simply believers.” In the concluding section, Pope Francis clarifies both the nature of this hope and its universality:

If Dante tells his tale admirably, using the language of the people yet elevating it to a universal language, it is because he has an important message to convey, one meant to touch our hearts and minds, to transform and change us even now, in this present life…. It is fitting, then, that the present anniversary serve as an incentive to make Dante’s work better known and appreciated, accessible and attractive, not only to students and scholars but to all those who seek answers to their deepest questions and wish to live their lives to the full, purposefully undertaking their own journey of life and faith, with gratitude for the gift and responsibility of freedom.

In light of Pope Francis’ exhortation to make Dante more widely known and better understood, we at Georgetown University can take some limited satisfaction in the fact that, in addition to exposing some of our students to Dante’s Commedia in a range of courses, the university has for some time supported the Georgetown MyDante project. MyDante makes access to college-level instruction on the poem freely available to everyone throughout the world with access to the internet. In the past seven years, over 25,000 persons have taken advantage of this opportunity to some extent. But in the context of this more focused discussion sponsored by the Berkley Center, a more probing response to the apostolic letter is required.

Anyone familiar with Pope Francis’ papacy will recognize that he has consistently and energetically identified himself with the reform agenda formulated by the Second Vatican Council. Equally apparent from the moment of his election was that he understood the spirit of reform according to the historical model embodied in the person of St. Francis of Assisi. Taken together, these two characteristics of Francis’ self-understanding as pope should prepare us for the note of extraordinary urgency with which he communicates his injunction in the apostolic letter to “Read Dante today!”

Pope Francis’ rich insight and urgent enthusiasm directed toward Dante’s Commedia are rooted in his recognition of Dante as a fellow Franciscan reformer of the Church.

Pope Francis’ rich insight and urgent enthusiasm directed toward Dante’s Commedia are rooted in his recognition of Dante as a fellow Franciscan reformer of the Church. Dante’s poetic imagination gives flesh and blood reality to the journey of conversion by giving names and faces to the human experiences that comprise it. He does this not in abstract philosophical or theological terms, but in terms of authentically contemplative attention to the distinctive voice of each individual whom he engages in conversation, whether sinner, penitent, or saint. They tell their own stories so as to reveal the identity they have chosen for themselves through the lives they have led. In so doing they also reveal whether that identity is in fact an acceptance of genuine responsibility for who they are, or serves instead as a mask by which they seek to shift responsibility for their identity to someone else and so deny their own freedom.

Dante preaches in the way St. Francis did and in the way he insisted his friars should, that is, not by explaining or by exhorting, but by showing the truth through the example of one’s way of living. By enacting the peace and Joy that comes only in the experience of heartfelt gratitude for being saved from the despair of sin and freed through forgiveness for the solidarity of the bonds of a human community, they would make Joy a reality on earth. (It is worth noting that this is very close to the way in which Dostoyevsky’s Father Zossima puts it in the Brothers Karamazov, “we realize that we are already in paradise because we really feel that all are responsible to all for all.”)

Acceptance of responsibility for the freedom of all and seeking forgiveness, not just for oneself or one’s own actions, but for all who share in the failure of love itself: this is the sacred ground of gospel revelation on which Francis of Assisi, Dante the Florentine poet, and Pope Francis of Rome meet and greet one another with a smile of recognition which Dante identifies as the “signature” of each inhabitant of the White Rose. Forgiveness is the “good news,” and all three of these prophets of hope call us all urgently to dwell contemplatively in its mystery in the hope of participating in it and enacting it in our own lives.

Dante preaches in the way St. Francis did and in the way he insisted his friars should, that is, not by explaining or by exhorting, but by showing the truth through the example of one’s way of living.

In Dante’s eyes at least, it is Francis of Assisi who re-enacts the revelation of forgiving love more vividly than anyone since the Bride of Christ had been bereft of her first husband and had waited more than 1,100 years for another to truly espouse her again. In Canto 11 of Paradiso, Dante plunges with truly Franciscan “seraphic ardor” into the nuptial imagery which St. Francis had poetically sanctified first by his mystical marriage to “Lady Poverty,” and then at the foot of the cross of Christ, portraying her as leaping up onto the cross of Jesus, there to consummate in death the mystical marriage which had first taken place in Mary's womb as Incarnation. Dante’s poetic imagination allowed him to recognize with certainty that St. Francis’ reception of the stigmata was the revelation of the singular vocation which Francis had received in the chapel of San Damiano during the early days of his conversion: “Go and rebuild my church which as you see is falling into ruin.” Francis had grieved throughout the years of his vocation because he could not find the words to communicate to the brothers their need to remain faithful to Lady Poverty. In the vision of the seraph on Mount La Verna, the words he needed were given to St. Francis, written in his own flesh as the wounds of Jesus crucified, so as to reveal the truth of forgiveness in the hope of resurrection. Dante’s poetic imagination disseminated this revelation accorded to Father Francis by writing the Commedia as his own gospel testimony.

The astounding richness of Dante's poetic imagination allowed him to paint a cosmic canvas of this Franciscan vision of the love that forgives before our eyes in a way that makes the faces of both hope and despair recognizable to us. Dante’s words incarnate for us the flesh and blood reality of damnation, not simply as sin, but precisely as the refusal of forgiveness. No one is in Dante’s Hell because of the sins he or she committed; they are not those who sinned, but those who refused to take responsibility and to seek forgiveness for their sins.

Dante’s words incarnate for us the flesh and blood reality of damnation, not simply as sin, but precisely as the refusal of forgiveness.

What is truly distinctive in Pope Francis’ vision of Franciscan preaching by example is his insistence, so apparent in the Dante letter, that the hope of forgiveness is offered to all, believers and nonbelievers alike. All are alike in the dignity which freedom confers: the dignity to make an absolute choice which is genuinely unconditioned by the freedom of others, or even the freedom of God. The gift of freedom, once given, cannot be taken back, but it must also be accepted or refused. Pope Francis has had the great wisdom to preach the Gospel of Jesus Christ in the radical evangelical terms of forgiveness as the highest gift which Love can confer. Pope Francis also makes clear that the freedom which loves most completely by forgiving is inseparable from the responsibility it imposes, a responsibility to accept or refuse respecting the dignity of freedom in ourselves, and equally in all others, universally and unconditionally in life, and then finally, absolutely in death. It is only the failure of love in death that opens its tomb to allow the light of hope to transform human existence and experience into a genuinely new creation. Forgiveness is the final responsibility of all, to all, and for all, and Pope Francis, to his lasting credit, refuses to allow love’s inevitable failure to obscure its good news. 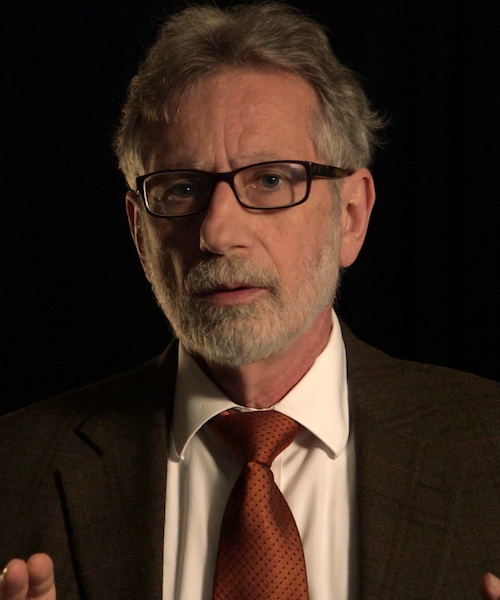 Francis J. Ambrosio is associate professor emeritus in the Department of Philosophy at Georgetown University. He is the author of Dante and Derrida: Face to Face (2007), as well as scholarly works on hermeneutics and interdisciplinary studies of the Italian Renaissance. Ambrosio is also the founding director of the Georgetown MyDante Project, a web-based platform for personal and collaborative study of the Commedia.