A Disorienting Sense of Déjà-Vu? Islamophobia and Secularism in French Public Life

Islam in France is once again in the international headlines. At such times, it seems that the debates over how the French government should “manage” its Muslim citizens that have characterized French public life for the last three decades are perpetually lurking in the background, ready to be mobilized by politicians and the media at a moment’s notice. As many onlookers with a sense of déjà-vu will be aware, the arc of this story begins and continues with the policing of Muslim girls’ and women’s bodies. This focus led successive French governments to pass legislation limiting the visibility of Muslim women in the public sphere in 2004 and 2010.

As many onlookers with a sense of déjà-vu will be aware, the arc of this story begins and continues with the policing of Muslim girls’ and women’s bodies

Fast forward to today, and President Macron’s government has recently proposed a bill on “reinforcing Republican principles and countering separatism.” Although the bill, put forward in the autumn of 2020, has not yet become law, on April 12, 2021, the French Senate voted in favor of a raft of new restrictive proposals including the barring of veiled mothers from accompanying their child’s school trips, the banning of headscarves in any public space for minors under the age of 18, and the prohibition of burkinis at public swimming pools.

Adding to an already deteriorating atmosphere, in February, Higher Education Minister Frédérique Vidal publicly called for an investigation into “Islamo-leftism” or Islamo-gauchisme in French universities. Vidal described “Islamo-leftism” as responsible for eroding academic freedoms and scholarly rigor on French university campuses where postcolonial, critical race, and intersectionality research is carried out. Vidal’s plans were certainly met with robust opposition amongst the research community. However, this episode further hints at a reinforcement of what some have called “state Islamophobia” as France gears up for the 2022 presidential elections.

This episode further hints at a reinforcement of what some have called 'state Islamophobia' as France gears up for the 2022 presidential elections.

Beyond the short-term electoral issues which may explain this latest hardening of anti-Muslim rhetoric at the heart of government, some would argue that there are other social and political factors driving the public debate about Islam in France. The narrative generally goes something like this: France has been subjected to a wave of devastating terror attacks, some of them perpetrated by its own Muslim citizens, so it has sought to stem a tide of “Muslim separatism” via the reinforcement of laïcité, France’s brand of political secularism. This may sometimes have been undertaken in a clumsy manner, but the urgency of the security situation explains some of the potential shortcomings of policy initiatives such as the botched déchéance de nationalité (withdrawal of French nationality) proposals for those convicted of terror offenses or the transformation of some aspects of the temporary post-terror state of emergency into the permanent status quo.

However, there is also another aspect which we need to consider in our attempts to gauge what is currently unfolding in French public life. This has to do with the political personality of Emmanuel Macron and the brand of liberal authoritarianism which he has been developing since that long victory walk to the Louvre pyramid on election night in May 2017. Macron claims to be neither left- nor right-wing but rather to embody a “new” centrism. However, it is clear that his increasingly repressive stance toward French Islam is part of a political context where a rightward drift has been underway for many years, to such an extent that much of the Rassemblement National’s (National Rally [RN]) anti-Muslim rhetoric has become mainstream. This shift was previously bolstered by the process of de-diabolisation or de-demonization that the far-right party benefited from when Marine Le Pen took over leadership from her father. It is likely that the RN will once again make it to the second round of the presidential elections in a political landscape that has seen the implosion of left-wing parties in the midst of their inability to offer a credible and alternative narrative about religious and cultural pluralism to the one being developed by the right and extreme right.

Macron claims to be neither left- nor right-wing but rather to embody a 'new' centrism. However, it is clear that his increasingly repressive stance toward French Islam is part of a political context where a rightward drift has been underway for many years.

Vidal’s attack on academic researchers who, as part of an international community of scholars, work within postcolonial, decolonial, and intersectional studies needs also to be put into context as just the latest iteration of a deep suspicion of North American (and particularly, U.S.) intellectual and political cultures. This suspicion goes back to the 1990s, when certain French academics, politicians, and media firmly rejected “Anglo-Saxon” multiculturalism or communautarisme in favor of the oxymoronic “French universalism” (for how can a nationally inflected universalism ever be universal?).

It is true that there has been a subtle semantic shift from communautarisme to séparatisme in this latest effort to rigidify Republican ideology via an increasingly exclusionary conception of laïcité. However, the “culture wars” which we see playing out within France must also bear in mind this long-term transatlantic dimension, particularly when it comes to the delegitimization of international scholarly debates and the delegitimization of racialized French scholars who attempt to participate in those debates.

There has been a subtle semantic shift from communautarisme to séparatisme in this latest effort to rigidify Republican ideology via an increasingly exclusionary conception of laïcité.

What is new today is how attacks on academics have become amplified due to social media and how scholars who attempt to examine the current weaponization of secularist discourse through the lenses of Islamophobia, critical race studies, or decolonial studies are suspected or accused of being “Islamo-leftists,” that is political extremists. The “French Muslims Abroad” project at the University of Lille is precisely looking at a growing diaspora of highly educated French Muslims who are choosing to leave France, a trend which could in part be due broader patterns of stigmatization affecting professional opportunities.

The irony, of course, is that the anti-religious pluralism and anti-Islam stance that we see unfolding in France risks turning laïcité into a civil religion itself, as noted by sociologist Farhad Khosrokhavar. Also relevant here is the work of Joan Wallach Scott, who has done critical historical research on the concept of laïcité in France. Scott argues that the discourse around invoking the need to re-invigorate secularism in order to protect gender equality for French Muslim women is disingenuous when one recognizes that the regime of secularism which developed in post-Revolutionary France was precisely bound up with a number of hierarchical binaries—such as man vs. woman; reason vs. emotion; and crucially public vs. private spheres.

The irony, of course, is that the anti-religious pluralism and anti-Islam stance that we see unfolding in France risks turning laïcité into a civil religion itself.

So perhaps what is needed is an alternative approach to the concept of secularism which deconstructs the idea that it is a stable, equality-bearing framework on the one hand and that religious minorities are the “problem” on the other. However, given the broader polarizing trends in French public life today, it seems that such a debate within mainstream French academic and political circles is some way off. 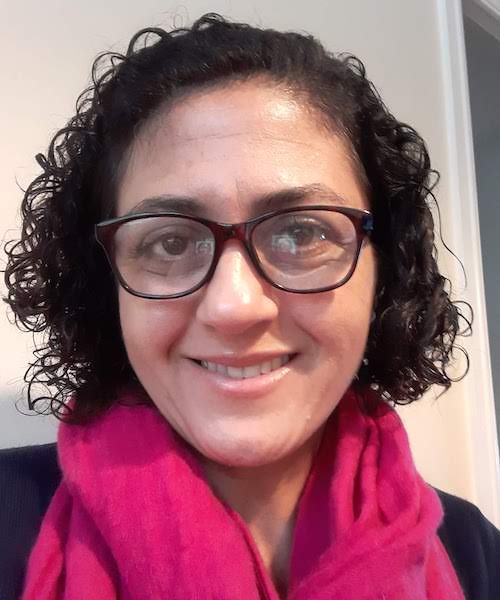 Nadia Kiwan is professor of French and Francophone studies at the University of Aberdeen, UK. Her research interests focus on public discourses about postcolonial migration, secularism, and Islam, as well as decolonial and intersectional social movements. She is author of Secularism, Islam and Public Intellectuals in Contemporary France (2019).