French Muslims and the Subversive Call of Intersectionality

Islamophobia occupies a central place in France’s “culture wars.” Among these battles is the attack by President Macron and his top ministers on the dubious phenomenon of Islamo-gauchisme, as well as certain academic areas of study including postcolonialism and theories of race, deemed as unwelcome and divisive imports from American universities. These attacks have been launched at the same time as the government passed a 2021 law against “separatism.” The anti-separatism bill represents a culmination of increasingly anti-Muslim sentiment and policy unfolding over nearly two decades.

Many scholars have been writing about these recent events, covering several issues, from the misuse of laïcité to Macron’s deliberate pandering to the right wing. My own expertise in these debates comes from my ethnographic research among religious Muslims in the city of Lyon and its working-class suburbs. Beginning in 2006 and over several years, I watched the communities I knew struggle with the exclusions and forms of violence that Islamophobia inflicted, often in the name of laïcité and French culture.

I watched the communities I knew struggle with the exclusions and forms of violence that Islamophobia inflicted, often in the name of laïcité and French culture.

Understanding their situations necessitates an intersectional lens. Ironically, intersectionality is precisely one of the intellectual traditions that French politicians and journalists criticize as a dangerous import, owing to its emphasis on identity categories. Yet intersectionality, according to Patricia Hill Collins, was never meant to be about identities per se. Rather, it is about the complex intersections of different forms of power. In this brief essay, I comment on how anti-Muslim discourse intersects with other axes of power and domination, specifically gender and race. In doing so, I foreground the perspectives and experiences of those most directly impacted and victimized by France’s “culture wars.”

Perhaps the greatest irony of France’s policy debates on Islam involves the role of gender, in particular the ways politicians and public figures have manipulated gender for the purpose of excluding and targeting Muslims. In the name of protecting women and gender equality, they have increasingly regulated Muslim women’s veiling practices, claiming that they violate the so-called neutrality of the public sphere and promote sexism. They have long claimed that women are forced into wearing the hijab yet deliberately excluded Muslim women’s voices from Assembly hearings. As Muslim women activists increasingly organize and speak out against the state’s policies, the argument that anti-veiling legislation protects them from coercion becomes clearly implausible. In my own research, almost all the women I encountered chose to wear the hijab or jilbab, at times even against the wishes of their husbands or parents.

As Muslim women activists increasingly organize and speak out against the state’s policies, the argument that anti-veiling legislation protects them from coercion becomes clearly implausible.

The state’s anti-Muslim campaign has had the perverse—or as some might argue, intended—effect of oppressing women through a myriad of ways. In my research, I met women who quit university, avoided medical treatment, lost their jobs, were expelled from neighborhood childcare networks, and confronted threats and insults on public transit, all for the simple, personal act of wearing a headscarf. Now, Muslim mothers face the added humiliation of being barred from accompanying their children on public school field trips.

For those who care about the status of women, these perverse consequences should force a reckoning with not only the double manipulation of laïcité and gender but also the legacies and contradictions of white liberal feminism. For example, its own historical complicity with colonialism and racism has allowed feminism to be mobilized toward anti-Muslim policies that ultimately oppress minority women. All this has unfolded at the same time as the #MeToo movement in France became popular and most recently, the sobering statistic came to light that 10% of French respondents say they had been victims of incest. Given this cultural context, it must be asked: With what moral authority or meaning of gender equality do politicians and feminist intellectuals wish to save Muslim women?

With what moral authority or meaning of gender equality do politicians and feminist intellectuals wish to save Muslim women?

In addition to gender as an axis of oppression, part of the intersection of the culture wars and Islamophobia involves the simultaneous denial and reinforcement of racism. In a national context where the extreme cultural assimilation of minorities remains the expectation and the government refuses to enumerate racial and ethnic categories, the attacks on academic schools of thought that analyze structural racism are not surprising. The denial of racism allows for rampant discrimination against those with Muslim backgrounds, as well as everyday slights, like when my interlocutor Amal was reprimanded this winter by her son’s schoolteacher for teaching him Arabic. It helps facilitate anti-Muslim actions from above, such as the state’s recent closure of the Collective against Islamophobia in France (CCIF). The CCIF was fundamentally a Muslim civil rights and anti-racist organization, yet the state instead claimed it promoted hate and terrorism.

Racism is obviously also connected to the epidemic of police brutality. How is it possible to speak about police violence against Black and Arab men and youth, and the disproportionate incarceration of people of color—the majority of whom are Muslim—without the language of race and racism?

The denial of racism allows for rampant discrimination against those with Muslim backgrounds, as well as everyday slights.

Given these intersecting forms of power, what are some avenues for hope vis-à-vis French Muslims? Some writers have pointed to legal possibilities in terms of interpretations of laïcité, while others point to growing social movements that could one day sway public opinion and the state.

As a long-time observer but still an outsider to French society, I have always held onto an idyllic vision of true multicultural understanding. This would entail a major transformation in the dominant understanding of the meaning of French culture from one that is pure and native to one that cannot be detached from its imperialist underpinnings, or as Edward Said wrote in Culture and Imperialism, one that is “hybrid…encumbered, or entangled and overlapping.” Specifically, it might mean compassion and understanding for the attachments many Muslims have, whether to other countries, their ancestors, the Arabic language, or to the abstract notion of the Muslim ummah. These attachments go along with the need and desire to learn Islamic history and ethics and therefore, for Islamic schools and organizations. In its ideal, a new meaning of French culture would be a harmonization of these complex entanglements rather than their rejection or denial.

The oppressive conditions of many French Muslims are explained in part by the intersections of gender and race as axes of power.

To tie these threads back into the frame of intersectionality, the oppressive conditions of many French Muslims are explained in part by the intersections of gender and race as axes of power. The state’s attempts to undermine even the intellectual tools and language that facilitate discussion of such power and domination only reinforces this reality. Undoing these conditions, or preventing their further deterioration will call for deep transformations in politics, culture, and society. Intellectuals of the left, the so-called Islamo-gauchistes, have an important role to play in these transformations alongside Muslim and other racialized communities. For there is simply too much at stake, from the meaning of secularism to basic civil liberties and human rights. 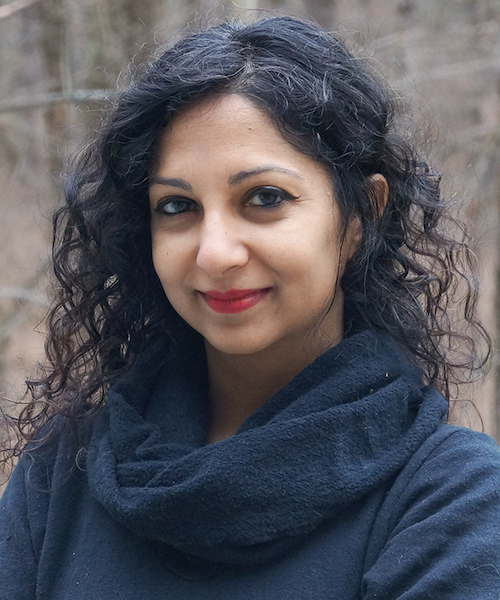 Z. Fareen Parvez is associate professor of sociology at the University of Massachusetts-Amherst and author of Politicizing Islam: The Islamic Revival in France and India (2017). She was a 2019-2020 member of the Institute for Advanced Study in Princeton.