Reforming Islam or Reforming Laïcité? Institutional and Legal Integration of Islam in France

France is in the middle of multiple interrelated, polarizing debates over Islam and secularism that have grown increasingly heated since the October 2020 killing of teacher Samuel Paty. These debates pertain to a new “anti-separatism” bill, accusations of Islamo-gauchisme in the French academy, and controversy surrounding the Observatory of Secularism. Over the past few months, a radical defense of laïcité has increasingly characterized the government’s approach, especially Macron’s assertions concerning the so-called crisis facing Islam and the need for reform.

However, a long-term analysis reveals a different picture. France has exhibited varied approaches to Islam. Although the state has sometimes adopted a punitive and radical approach—such as during the 2015–2017 state of emergency and since Paty’s murder—an analysis of the past two decades shows that France has instead leaned toward a liberal reformist approach. Since the late 1990s, France has adopted an overarching approach of regulating and reforming Islam through institutionalization and legal integration. The state’s main aim has been to build a French Islam that is harmonious with Republican values: a national and secularized Islam compatible with the existing legal and social system and free from cultural and national attachments.

Since the late 1990s, France has adopted an overarching approach of regulating and reforming Islam through institutionalization and legal integration.

France’s agenda over the past two decades has focused on legally and institutionally integrating Islam into the existing religious domain that was established through a long-term relationship with the older religions in France. France’s religious domain has been strictly regulated since the 1905 Law on the Separation of the Churches and the State. The French state has established a relatively stable yet complex relationship with the “old” religions—Catholicism, Protestantism, and Judaism—based on laws, agreements, and legal decisions that have regulated the status of these religious groups.

Over time, these religions have adapted their own structures, pedagogies, and practices to the secular system and integrated themselves into the secular institutional framework. These groups have also secularized themselves to a certain extent in the state-controlled religious domain that has privileged certain forms of religious expression—namely abstract, cognitive, and non-passionate religious interpretations and practices. In the process, rather than staying neutral, the French state has been actively involved in the religious field to govern and regulate it. In response to demands from the Catholic Church and other religions of the Concordat regime, the French state has continued to introduce exceptions and legal modifications, including to the landmark Law of 1905. Importantly, this means that the regulation of the religious domain by the French state resulted in not only the transformation of religions but also the reconfiguration of laïcité.

The regulation of the religious domain by the French state resulted in not only the transformation of religions but also the reconfiguration of laïcité.

Secularism is often defined as the strict separation of church and state. However, even in the French case—considered the paradigmatic model of separation—the secular state constantly interferes in the religious domain to regulate it. So, as Talal Asad argues, we should instead define secularism as the governing logic of the modern nation-state and the state’s management of the religious domain. In this approach, the secular state and religion are deeply entangled. In the French case, any move of the French state toward reforming Islam would mean its further intervention in the religious domain. The steps taken toward the reformation of Islam in France, as elsewhere, would inevitably entail a reformation of the boundaries of laïcité. This process explains today’s heated debates in France. This is an important moment when the French state is focusing its policies on integrating Islam legally and institutionally into the existing secular framework. However, Macron’s formulation of this process as “reforming Islam” is not realistic because the process inevitably introduces and requires a discussion on how to (re)define laïcité and reconfigure its relationship with Islam.

France has already incorporated some Muslim practices into the secular legal framework by making select legal exceptions on relatively minor issues. Examples include the legal exception introduced for the halal slaughtering of animals and the creation of special spaces called carrés confessionnels for Muslims in cemeteries. However, regulating aspects of Muslim worship that concern places of worship and religious leadership has been more challenging. This task is difficult because the legal and institutional establishment of state-religion relations is shaped predominantly in relation to the majority religion, Catholicism. For example, in 2003 Nicolas Sarkozy facilitated the foundation of the French Council of the Muslim Faith (CFCM) as an umbrella association of Muslim organizations, hoping that it would represent all Muslim communities in their relationships with the state.

This is an important moment when the French state is focusing its policies on integrating Islam legally and institutionally into the existing secular framework.

Today, Macron accepts the CFCM as the only Muslim representative body and expects it to take responsibility for things like the organization of worship and imam training. At 5.5 million people, France’s Muslim population is the largest in Europe and is highly diverse, with varied historical attachments to French society and internal cultural differences, as well as differing conceptions of secularism and religiosity.

Macron had first proposed his Reform Project in 2017 as a solution that was part of a larger neoliberal vision of France. The project followed the state of emergency declared in response to the terrorist attacks at Charlie Hebdo and Bataclan in 2015, and the Senate report on Muslim organizations and worship in 2016. As Bige Açımuz and I have written, the report identified “foreign influence,” the financing of Muslim organizations by external resources, and the importing of imams from other countries as obstacles to the integration of Muslims into French society and the formation of a French Islam. The Reform Project made several ambiguous proposals, including the certification of worship places, public funding for worship associations, and increased monitoring of all religious groups for financial transparency.

Today, Macron accepts the CFCM as the only Muslim representative body and expects it to take responsibility for things like the organization of worship and imam training.

The Reform Project sparked public debate even before it was made public. Secularists were concerned that by amending the 1905 law, the state would renounce its secularist principles and move in a multiculturalist direction, whereas religious organizations were worried that the state would intensify control over their activities. In the heat of massive protests against neoliberal policies in October 2018, Macron abandoned the Reform Project that year until he revisited it in 2020 with a renewed desire to reform Islam.

In October 2020, Macron did not mention any of the changes to the secular establishment that the 2017 Reform Project proposed, such as changes to the 1905 law and the public funding of Muslim worship. However, he repeated its methods by invoking “Islamist separatism” and calling for the establishment of an Enlightenment Islam (Islam des Lumières) with the support of the state. His proposed reforms attempt to counter foreign influences on Islam in France by ending seconded imams (imams détachés), training imams in French values, and controlling Muslim schools and mosques. He also promoted the punitive actions of the state in fighting radicalism and separatism and utilized defensive, warlike language. However, Macron still heavily relies on liberal reformist techniques to realize the goal of building a secularized Islam, or French Islam that is in harmony with Republican ideals. To that end, the institutional and legal integration of Islam is now a priority for the state.

Macron still heavily relies on liberal reformist techniques to realize the goal of building a secularized Islam, or French Islam that is in harmony with Republican ideals.

Three institutions are important for the institutionalization of Islam in France. The CFCM, founded in 2003, remains the primary interlocutor that is seen to speak for French Muslims. Macron has recently reiterated that the CFCM is the main partner of the state and that it will resolve the question of outsourcing imams by organizing their training and shaping its content. Second, the Foundation for Islam in France was founded in 2016 to produce and disseminate scientific knowledge on “enlightened” Islam. Third, the Observatory of Secularism was founded in 2007 to protect secularism and laïcité. In a time when the definition of laïcité is contested, debated, and revised to include Islam in its framework, the Observatory represents the state’s attempt to draw and defend the boundaries of secularism in order to control its transformation in its engagement with Muslim populations and organizations.

Despite the increasingly public embrace of laïcité by the state, the Observatory until recently stayed away from the radical defense of secularism against the perceived threat of Islam. In 2016, the Observatory even stood up to the government, which led Observatory President Jean-Louis Bianco to lose his post. Consistent with the liberal state policies of the last two decades, the Bianco administration acknowledged the delicacy of laïcité and sought a solution through dialogue with Muslim organizations. In this debate, Bianco defended a liberal, accommodating definition of secularism against its more radical interpretations, standing against the creation of social division around laïcité.

The French state wants to regulate and reform Islam through institutionalization and to fit it into the existing organizational, legal, and normative frameworks of secularism. In doing so, one can defend laïcité in either a divisive or unifying way. In contrast with the Observatory’s softer approach, Macron has recently chosen to take the divisive path. 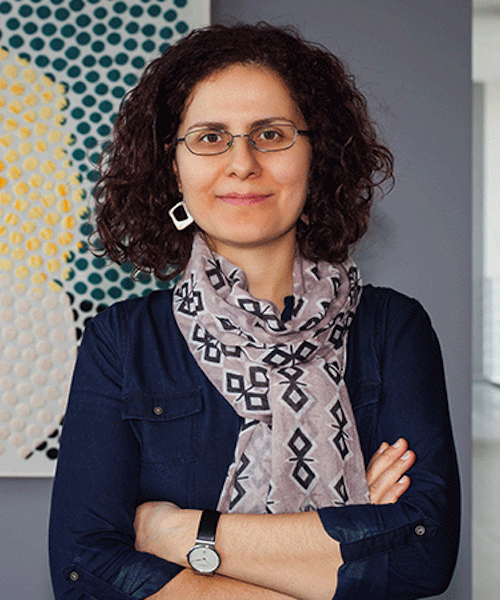 Berna Zengin Arslan is associate professor in sociology at Ozyegin University, Istanbul. She was a 2019-2020 Fulbright Fellow in the Department of Rhetoric at the University of California, Berkeley. She has published various articles on the subjects laïcité; Turkish secularism; legal pluralism; Islam and science; gender, science and technology; and Alevi recognition in Turkey.