What Does Islamo-Gauchisme Mean for the Future of France and Democracy?

When French Minister of Higher Education Frédérique Vidal was asked if Islamo-gauchisme or Islamo-leftism pollutes French universities, she answered that “Islamo-leftism not only pollutes universities but the whole of society.” If the term raised many questions, the answer provoked instant outrage from academics and sent shockwaves at home and abroad.

Her answer first came as a surprise because Vidal had distanced herself from this controversy after Minister of National Education Jean Michel Blanquer had declared that Islamo-leftists “are the intellectual accomplices of the crime,” the killing of the teacher Samuel Paty by a foreign terrorist. Her later answer was a testimony to how the center of gravity of French politics has shifted toward the far-right and how controversies, regardless of their danger and remoteness from real concerns during a global pandemic, are quickly embraced by the government.

Her later answer was a testimony to how the center of gravity of French politics has shifted toward the far-right.

A week prior to her comments, Le Figaro published a series of articles to decry Islamo-leftism as an immediate threat to French universities. It was in reaction to this orchestrated campaign that Vidal doubled down, throwing under the bus the very institutions and academics she is tasked with supervising. She further called for an investigation or, in her own words, “a rational and scientific approach to the subject.”

But how could there be a “scientific approach” to a concept that has been called out for its fallaciousness by the organization representing university presidents in France? Likewise, 600 academics signed an op-ed letter calling for Vidal to resign and classifying the fight against Islamo-leftism as a “witch hunt.”

Foreign observers wondered what the term meant and what reality it covered. The term was first coined by British Trotskyite Chris Harman in his book, The Prophet and the Proletariat. In the face of unfolding neoliberal policies at home following the Thatcher years and in the aftermath of the First Gulf War, Harman envisioned an alliance between Islamist organizations and the left in order to confront Western imperialism.

Harman envisioned an alliance between Islamist organizations and the left in order to confront Western imperialism.

It is in 2002 that the term was imported to France by polemicist Pierre André Taguieff in his book, The New Judeophobia. Taguieff concluded the rapprochement between immigrant communities and the left, as well as rising anti-Semitic attacks in France, was the result of a new Judeophobia, promoted by the binding ideology of Islamo-gauchisme.

From within the government, however, those who speak the most of Islamo-gauchisme are seldom academics. The real fear is that universities—the prime institutions that give a platform and even legitimacy for new ideas, if not critical thinking—end up legitimizing criticism of the status quo. To publicly speak of the realities of racism, to expose France’s colonial legacy and role in slavery, to question the roman national or official history of France for its white male-centered narrative is way out of line for some.

From within the government, those who speak the most of Islamo-gauchisme are seldom academics. The real fear is that universities end up legitimizing criticism of the status quo.

The emergence of academics from the descendants of slaves and post-colonial immigration is seen as a threat, not as a chance to strengthen French academia in an ever-more globalized world.

This fear of both academics who bring a critical voice to white supremacy in France and activists who fight against systemic racism and police brutality is also illustrated by the emergence of two replacement conspiracies: the great replacement and cultural insecurity. The former comes from far-right ideologue Renaud Camus and the latter from a left-wing political scientist named Laurent Bouvet. According to both thinkers, white supremacy is threatened by people who are no longer willing to remain invisible in their own country.

Yet to counter any mention of race, religion, or ethnic background, supporters of the status quo emphasize the principle of colorblindness and quote the French Constitution. The colorblindness of the Republic is in fact meant to wipe out any differences between individuals—in the name of colorblindness, minority identities are expected to disappear under the common “Nous” or “Us.” But if the French Republic does not recognize race, it does treat people according to their race.

To counter any mention of race, religion, or ethnic background, supporters of the status quo emphasize the principle of colorblindness and quote the French Constitution.

It would take a series of papers to document the long history of racist crimes, systemic discrimination, and segregated spaces in France, but just a few examples highlight how race is a reality that segregates, discriminates, humiliates, and even kills with complete impunity: Muslims face discrimination in the job market, having to apply for employment at five times the rate of non-Muslims in order to secure a single interview; the state of emergency in France targeted Muslims in 99% of the cases, and being Black or Arab in France makes people 20 to 30 times more likely to be racially profiled by the police; colonized people helped to free France during WWII, while white leaders collaborated with the Nazis; French police killed between 200 and 300 Algerians and threw their bodies into the Seine River during the 1961 Paris Massacre; and Charles de Gaulle declared that “We are, above all, a European people of the white race, of Greek and Latin culture, and of the Christian religion.”

French universities are places where social mobility is still possible—as affordable institutions, they have seen the student population become as diverse as the French population. Naturally, some students from immigrant backgrounds would become part of academia and subsequently bring with them different points of view on history, sociology, and political science because of their different experiences. The controversy around Islamo-leftism and the subsequent witch hunt express another not so admissible opinion: that universities are there to legitimize the status quo, not to question it. To reinforce white supremacy, not to abolish it. To welcome people of color only if they stay in their place, not to speak up. Critical thinking is allowed only when it reinforces established social norms.

The controversy around Islamo-leftism and the subsequent witch hunt express another not so admissible opinion: that universities are there to legitimize the status quo, not to question it.

Preventing the humanities from discussing critical race theory is an open rejection of any non-white thinker who steps into the arena of ideas and intellectual debate. When challenges to the status quo come from formerly colonized people, they are to be bitterly fought and disqualified. Frédérique Vidal and Jean Michel Blanquer have in fact voiced the concerns of the French elite: It is already problematic to have Muslims visible in the public sphere, now they want to jump into the arena of ideas and question white privilege.

In a truly colorblind republic, universities would be praised for allowing such a “diversification” of ideas and for widening their intellectual horizons. But what we are witnessing today is that universities are being disqualified for making that possible. It is further no coincidence that only the humanities are under attack. As Emmanuel Macron is accelerating his neoliberal reforms and becoming the last to still promote trickle-down economics, the French president needs an authoritarian state and the means to discredit any criticism or dissent. This, of course, is accomplished by continuously manufacturing an “enemy within” to bring the nation “together” and by instilling fear in the “legitimate” opposition.

As Emmanuel Macron is accelerating his neoliberal reforms and becoming the last to still promote trickle-down economics, the French president needs an authoritarian state and the means to discredit any criticism or dissent.

This violent assault on the humanities is neither new nor isolated. Before Macron, the socialist Prime Minister Manuel Valls did the same thing, rejecting sociologists who challenged his “clash of civilizations” explanation of terrorism: “To explain is to justify,” according to the prime minister. This line of reasoning finds resonance today with Minister of Education Vidal accusing Islamo-leftists of being “intellectually responsible” for the beheading of Samuel Paty. Combined with Macron’s clampdown on freedom of the press, there are reasons to worry not only about the right to critical thinking but also to freedom of speech.

Once a monopoly of the far-right, the Islamo-gauchiste accusation not only targets minorities but is also, if not especially, meant to discredit any opposition from the left. In a sign that the far-right has imposed its hegemony on public debates, members of the left are also using rhetoric around Islamo-leftism to discredit one another as France quickly approaches presidential and legislative elections in 2022.

Islamo-gauchisme does not reflect any reality in French intellectual or political life, but it nevertheless speaks volumes on the normalization of racism and the total victory of the far-right.

Islamo-gauchisme does not reflect any reality in French intellectual or political life, but it nevertheless speaks volumes on the normalization of racism and the total victory of the far-right. The label “Islamo-leftist” is sufficient to disqualify a person, organization, or intellectual current and even to tie them to terrorism.

The remaining question is whether these violent controversies are the convulsions of a dying order or symptoms of white supremacy’s stiffening grip over French society. But when 20 former generals, 100 senior officers, and a more than 1,000 soldiers sign an open letter warning of a “looming civil war” with “thousands of casualties” unless the government cracks down on the “suburban hordes,” anti-racists, and Islamists, we are left with a troubling answer. 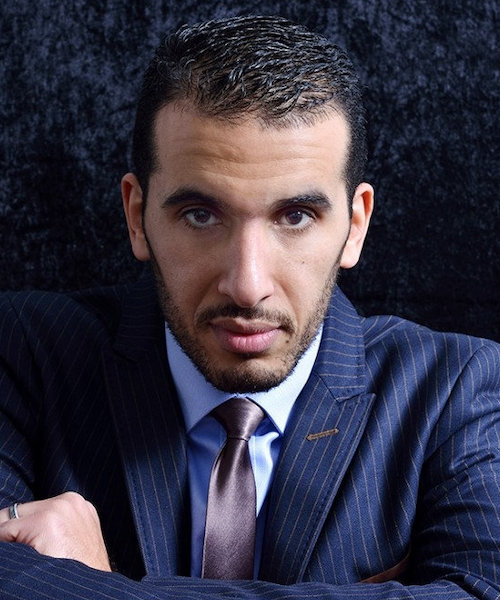 Yasser Louati is a French human rights and civil liberties advocate, community organizer, and political analyst. He has been active since the mid-1990s and is a leading voice against racism and state authoritarianism in Europe and around the world. Louati is founder of the Justice and Liberties for All Committee (CJL) and host of the podcast "Le Breakdown."