May 19, 2021: a day of celebration in France when cafés and bars were allowed to reopen their terraces. President Emmanuel Macron was quick to rejoice in the liberties of a pre-pandemic France. On his Instagram account, he is pictured sitting at Café Beauvau in central Paris sipping on a coffee. The picture is accompanied by the text: “We are there! (Nous y sommes !)” Even if the gradual lifting of the imposed state of emergency is surely something to rejoice about, it is too early to tell what post-pandemic France will look like. However, one issue seems to have crystalized in the midst of the crisis: the legitimacy of the ruling elites and the political system as a whole.

One issue seems to have crystalized in the midst of the crisis: the legitimacy of the ruling elites and the political system as a whole.

Even if the pandemic has been dominating the news during the last year, it has been coupled with somber headlines. The gruesome murders by radical Islamists of the teacher Samuel Paty, the police employee Stéphanie Monfermé, and many other similar attacks have added fuel to the fire. Public debate was already infected, focusing on the legitimacy of the state in terms of living up to the hard-liner discourses on republican values, notably French secularism, while fighting radical Islamism and separatism, the current buzzword (before it was communitarianism). Navigating these issues, the legislators are faced with the problem of protecting liberal democracy without turning France into an illiberal state. It is safe to say that the perpetual social and political crisis at the nexus of secularism, nationhood, security, migration, and Islam endures.

A common hypothesis is that large-scale crises favor radical political actors. In the wake of 9/11, the 2008 economic crisis, the refugee crisis in 2015, and radical Islamist attacks in Europe, authoritarian, illiberal, post-fascist, and radical right-wing movements and parties have surely been gaining terrain in Europe. In France, the post-fascist media ecology—with a plethora of alternative news sites and forums—has expanded massively. The revegetation of the National Rally party (formerly the National Front) with Marine Le Pen as the party’s new icon and its appropriation of republican ideals and values, not the least secularism, has turned the party into a force to be fully reckoned with. Even if the party’s electorate predominately cast their ballots for reasons of discontent with the system, their securitizing agenda and constant battering of migration, Islam, and security seem to pay off. The place of secularism in these ideological battles of hegemonizing the political agenda is, however, unpredictable and slippery.

The place of secularism in these ideological battles of hegemonizing the political agenda is, however, unpredictable and slippery.

When Macron revealed the main traits of the law proposal of the so-called Law against Separatism (Le projet de loi confortant le respect et des principes de la République), he declared that the problem at hand “is not secularism,” “secularism in the French Republic means the liberty to believe and not to believe, to practice one’s religion as long as public order is guaranteed,” and that “secularism is the concrete that keeps France united.” The real problem “that we ought to attack,” he continued, “is Islamist separatism” and “radical Islamism,” to which he added problems of violence, terrorism, indoctrination, subjugation, ghettoization, and the negation of republican values. A bit surprisingly, perhaps, he continued by stating that “today, Islam is a religion in crisis all over the world,” manipulated and used by radical forces for malicious purposes, from ISIS in the Levant to Salafism in France. Macron moreover evoked the issue of legitimacy by retorting to fictive questions about the government being naïve for believing that Islam has a place in the Republic; according to Macron, secularism should never be used in a divisive manner and in particular not to stigmatize Muslims.

The law proposal as it stands (petite loi) at the time of writing has several references to the importance of the securing the inclusive and uniting aspect of secularism. Islam, or Christianity for that sake, is however not mentioned once. The proposal is general in the sense that it targets religious and social associations, stating for example that associations that receive subsidies from the state need to agree to a republican contract assuring that they will respect republican principles, symbols, and public order. This means, for example, that if an individual from an association acts contrary to the contract, the whole association can be dissolved. There are, of course, several other measures in the proposal, but they appear to strengthen the state’s control of not only of associations but civil society tout court.

The measures are far-reaching for the average citizen in terms of civil liberties and freedom of association.

While the proposal would surely make life harder for a caricature of a Salafi-jihadi-violence-preaching imam, the measures are far-reaching for the average citizen in terms of civil liberties and freedom of association. As Philippe Portier explains, this project might turn the idea of French civil society on its head. Up until now, according to the Waldeck-Rousseau Law from 1901, “associations were seen as vectors of plurality of life aspirations in civil society.” With this project, however, “the state will turn them into relays of the values it promotes.” Since the state withholds the power to define the values and principles these associations are supposed to withhold, the state can thusly be seen to take a tighter grip on the contours of French civil society.

While the proposal has been critiqued from a broad range of academics, politicians, and stakeholders, Marine Le Pen’s criticism is noteworthy. This is not an issue of secularism; this is a purely political issue, as Marine Le Pen argues. According to Le Pen, the proposal misses its target: “It attacks all religions, but not the Islamists.” For this reason, National Rally has developed its own proposal. In a televised debate with Minister of Interior Gérald Darmanin, Le Pen states that Darmanin and the government are at fault by “attacking religion” and adds: “I think that my bill is more precise, it attacks an ideology. Islamism is an ideology. It’s a totalitarian ideology and we can perfectly well separate it from religion.” She explains that attacking the “the Islamist ideology” means targeting its manifestations, its practices, its diffusion, “and in about 40 articles, I’m going to completely prohibit it, in all its various expressions.” Not only will she “limit Islamism, but eradicate it.”

This is not an issue of secularism; this is a purely political issue, as Marine Le Pen argues.

In other statements, Le Pen argues that the government uses this proposal to impose even tighter control over its law-abiding citizens, as seen during the pandemic. In particular, Le Pen is critical of the aforementioned restraints on associations. According to her interpretation, the proposal could be used to dissolve her own party since it promotes another interpretation of French national identity than the political mainstream, that is the nativist national preference policy (preference nationale). Were this law to pass, the securitization of secularism, seen earlier in debates on the so-called veil laws (2004, 2010, 2016, and current proposals), would be even more institutionalized. Le Pen’s measures of fighting Islamic radicalism as an ideology are not framed in terms of secularism, but they would most likely lead to even more draconian controls of the French Muslim population as a whole.

Macron might rejoice in his coffee—we are there, but where and what is this place? One year ahead of the next presidential election, Le Pen has momentum. The hypothesis that crises serve radical political voices was difficult to affirm during the initial phases of the pandemic for Le Pen and her party. She was struggling to find a legitimate oppositional line. However, the government’s difficulty in fighting the spread of the virus and its imposed infringements on public liberties have been politicized by her to argue for the incompetence of the government and for the government’s non-respect for the fundamental values of French citizens while letting Islamic radicals run loose. In a typically populist logic, she creates political divides between the native people, the elites, and the enemies of the people.

Without doubt, the nexus of secularism, nationhood, security, migration, and Islam will be at the center stage in the upcoming election.

Without doubt, the nexus of secularism, nationhood, security, migration, and Islam will be at the center stage in the upcoming election. The debates on Islamo-gauchisme, the dystopic letter from French generals about an impending civil war, the will of the government to appear resolute in times crisis are but some examples of this. As Aristotle Kallis reminds us, even if the political mainstream appears to withhold the cordon sanitaire vis-à-vis post-fascist and illiberal movements and parties, the popular support for the ideas of these movements and parties tend to push the mainstream into appropriating their agenda—be it for realpolitik or ideology. In this regard, a one-sided focus on the conspicuously radical might lead astray; the issue for times to come is one of a broader crisis mindset among the general electorate. 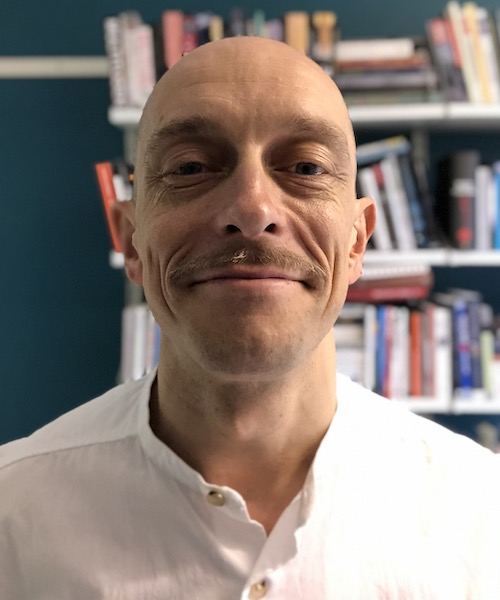 Per-Erik Nilsson is associate professor in sociology of religion at Uppsala University and researcher at the Swedish Defence Research Agency. His books include French Populism and Discourses on Secularism (2020) and Unveiling the French Republic: National Identity, Secularism, and Islam in Contemporary France (2017).