From Separation to Anti-Separatism: Divides and Divisiveness of the French Vivre Ensemble

A new chapter on the troubled interactions between religion and Republican values has opened in France. On April 12, 2021, the French Senate, with a sound majority of 208 votes for and 109 against, voted on the bill “to uphold the principles of the Republic,” known as “the anti-separatism law.” Both the date on which the initial project was scheduled for discussion in government, on December 9, and the chosen core message—anti-separatism—displayed in the presidential addresses, suggest a connection with the Law of December 9, 1905 on the Separation between Church and State, to which the concept of laïcité, the French version of secularism, is often traced back. On closer look, these connections between the 1905 Law on Separation and the new anti-separatist bill are deceiving.

Born out of a context of sustained Islamist terrorism, the anti-separatist bill seems to echo the social, political, and religious divides between Catholics and Republicans, which the 1905 law sought to appease. However, the remedy entrenched in the 1905 law—separation—is at the antipodes of the anti-separatism within the current bill. Whereas the former emphasized a principle of mutual non-intervention (non-interference by the state reciprocated by non-encroachment by the Church), the latter entitles the executive to actively extirpate practices thought to foment the seeds of terrorism.

The remedy entrenched in the 1905 law—separation—is at the antipodes of the anti-separatism within the current bill.

There is nothing wrong, of course, in this ambition to eradicate terrorism in its roots. Several of the proposed measures, provided they are enforced proportionately, might prove helpful in that respect, such as the new offense created for circulating information online relating to someone’s private or professional life with a view to exposing the person to threats to her life or her property or the increased financial accountability imposed upon religious organizations, especially in respect of funds received from abroad. However, even assuming these measures add to existing legal provisions and that sufficient safeguards will accompany their implementation, one still wonders whether they should feature in an anti-separatism law, alongside home schooling and the wearing of religious symbols. The resulting suggestion that minority ways are conducive to terrorism is likely to increase the sense of alienation the bill is allegedly seeking to soothe.

More broadly, the lumping out in the same bill of religious symbols and terrorism fuels the growing perception that the Republic and religion are antagonistic, a dichotomous presentation which the 1905 law had precisely avoided. To measure the gap between the 1905 law on separation and the anti-separatism bill, one need only refer to the wearing of religious symbols in the public sphere, which, in recent years, has become the symbolic counter-example of a French way of life. The promoters of the 1905 law were explicit. The law did not prohibit the wearing of religious symbols in the public sphere. Such a ban would have resulted in religious intolerance, hence betraying the commitment to freedom of conscience also proclaimed in the 1905 law. The Conseil d’Etat thus categorically dismissed at the time the argument that because priests wearing their cassocks would stand out from other citizens, religious attire would offend the principle of separation contained in the law.

The lumping out in the same bill of religious symbols and terrorism fuels the growing perception that the Republic and religion are antagonistic.

So why has greater religious tolerance not flourished in France since? One sociological line of explanation lies in the specific issues, fears, and misunderstandings underlying the confrontation with Islam. The alleged ties between Islam and terrorism and the cultural embeddedness of Catholicism combine to explain why the integration of Islam into the Republican mold might prove more challenging.

Turning to legal reasoning, two further obstacles have stood in the way of an inclusive interpretation of laïcité in contemporary times: the persistence of the perception of religion as divisive on the one hand and an expansionist interpretation of the state sphere (and concomitant neutrality requirements) on the other. In the Baby Loup case, for example, the French Court of Cassation resisted invoking laïcité to justify restrictions on religious symbols imposed by a private law nursery upon one of its employees. But it upheld the restrictions nonetheless, in light of the vulnerability of the young children cared for in the nursery and the culturally diverse community in which the nursery was located.

Two obstacles have stood in the way of an inclusive interpretation of laïcité in contemporary times: the persistence of the perception of religion as divisive on the one hand and an expansionist interpretation of the state sphere on the other.

Religion, if we follow the Court of Cassation’s reasoning, is a potential harm, against which, if not everyone, at least vulnerable categories of the population ought to be shielded. Moreover, the separatist stance adopted by the 1905 law itself has proven conducive to policies of “religious confinement” as the state sphere has expanded more and more into activities initially run by private actors. From state institutions to public agents, neutrality requirements were then extended to agents working under private employment law contracts for the sole reason that their employer was under the control of the state.

Regretfully, the new anti-separatist bill reinforces these trends and would therefore inhibit inclusive secularism in France even further. The initial text put forward by the government proposes the mandatory extension of neutrality requirements to the whole of the public service, whether the employer acts under the control of the state or as a contractor. The Senate in the amended text proposes to extend neutrality further to any participants to school trips, national sports competitions, and swimmers in public swimming pools. It would also apply restrictions to the whole of the public sphere for anyone under the age of 18.

Regretfully, the new anti-separatist bill reinforces these trends and would therefore inhibit inclusive secularism in France even further.

As the divide between state (where neutrality applies) and non-state spheres (where religious expression is the norm) becomes more and more contested and arbitrary, the derivative value of neutrality, as a means required to uphold laïcité, gradually fades away: Neutrality becomes a goal in itself. Initially, an organizational principle, neutrality turns into a substantive value and merges with Republican values. Logically, visible religion, at odds with neutrality of appearance, then appears inherently in contradiction with Republican values. As social consensus and law align themselves under a new exclusionary definition of what it means to be French, neutrality finally becomes the overall horizon and social cement of the Republic. The transformation of neutrality can thus be summarized in three steps:

At the end of this transformation, the French vivre ensemble can no longer operate as a framework open to pluralism but is conceived as a community of values, whose full membership would be subject to a Republican contract. The solution is not, however, to return to the 1905 compromise, which had its own flaws and failed to include considerations of minority religions.

A better way to deal with tensions between religion would be to see the terms of this Republican contract as open to a process of revision, in which minority voices would contribute.

A better way to deal with tensions between religion, I submit, would be to see the terms of this Republican contract as open to a process of revision, in which minority voices would contribute. As I have argued, a deliberative democratic approach to religious freedom—based on non-interference, inclusion, and revision—would be more amenable to fostering an inclusive, tolerant, and vibrant society. 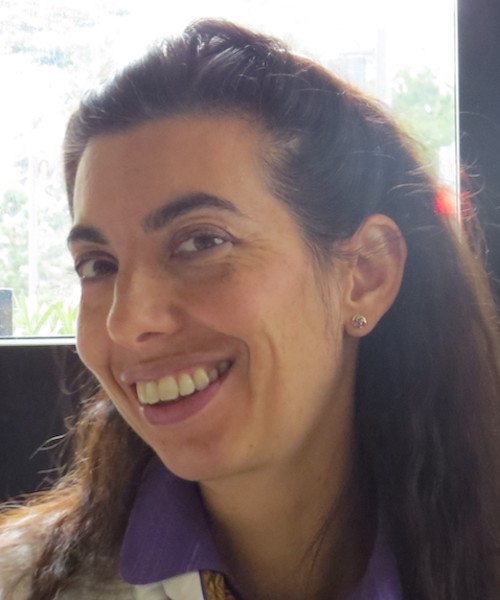 Dr. Myriam Hunter-Henin is a reader in comparative law and law and religion at the Faculty of Laws at University College London. Her latest monograph, Why Religious Freedom Matters for Democracy: Comparative Reflections from Britain and France for a Democratic 'Vivre Ensemble,' was published by Hart in 2020.