We know how it goes: the first time as tragedy, the second time as farce. What about the third time? The fourth?

The contemporary moment in France—the terrorist attacks by Islamic radicals; the draconian response by the government targeting Muslim civil liberties; the insistent claim that this response is necessary to reaffirm laïcité, or French secularism; the demand by politicians on the left and the right that Muslim French swear allegiance to “republican values” as if they are outsiders, when most of them were born and raised in France; the fact that all of this is happening with a presidential election looming—is deeply, and depressingly, familiar to anyone who has followed French politics for the past few decades. Rather than take up the present as such, I provide some historical and structural context for the repetitions at hand.

Macron’s first presidential campaign and initial presidency were not marked by Islamophobia. To understand its new, punitive mode, it is worth going back two decades to the trajectory of Nicolas Sarkozy. Sarkozy cut a quasi-multiculturalist figure in his early years as interior minister under President Jacques Chirac, insisting that the French Republic “recognize” Muslims as full citizens and institutionalize Islam as “France’s second [most populous] religion.” In December 2002, for instance, he put in place the French Council on the Muslim Religion, akin to the state’s interlocutory entities for Catholicism, Protestantism, and Judaism.

Soon, however, Sarkozy had hardened his tone. In April 2003, he called for Muslim women to remove their face veils for national identity card photographs, bringing the veil to the forefront of political discourse after a decade-long lull. A few months later, President Chirac created the Stasi Commission to study supposed threats to laïcité, and in March 2004, the French Parliament banned “conspicuous religious signs” (namely, Islamic headscarves) in French public schools. By 2005, with an eye to the 2007 presidential elections, Sarkozy was threatening to “pressure-wash the scum” out of French suburbs.

By 2005, with an eye to the 2007 presidential elections, Sarkozy was threatening to 'pressure-wash the scum' out of French suburbs.

Sarkozy’s change in tone was shaped in part by electoral politics and a surging right-wing threat from the National Front (FN). Its leader, Jean-Marie Le Pen, had made the second round of the 2002 presidential elections, and the National Front was gaining ground in municipal, legislative, and European parliamentary elections. Indeed, Sarkozy’s April 2003 speech about face veils was read by the French media as a canny upstaging of Le Pen and the FN.

Macron’s rightward pivot needs to be read in a similar light, as a calculated electoral strategy against yet another Le Pen, Jean-Marie’s daughter Marine, who made the second round of the 2017 presidential elections and will likely do so again in 2022. This time, she is an even stronger candidate, precisely because centrist parties have ceded French political terrain to the talking points of the National Front (now called the National Rally): law and order, Islam, immigration.

In addition to simple electoral calculations, Macron’s new law-and-order discourse also has a more complicated structural genesis and needs to be understood in relation to the sense of national fragility that many French feel. Again, recent history is instructive.

Since the 1980s, various governments—both on the left and right—have followed a neoliberal policy of decentralization, and the 2004 headscarf law, ostensibly to protect the public school, came on the heels of a 2003 proposal to decentralize school curricula to satisfy regional market needs. In other words, even as the French state was claiming to save the republican school, it was simultaneously attempting to dismantle it.

Even as the French state was claiming to save the republican school, it was simultaneously attempting to dismantle it.

Decentralization in certain areas of political, economic, and civic life is part of a broader neoliberal restructuring of France that has accompanied its incorporation into the European Union, beginning in the mid-1970s and accelerating in the 2000s. This neoliberal restructuring combines market-friendly policies with the retraction of the welfare state, eroding French national values of equality, unity, and social solidarity.

These transformations have led to high structural unemployment. But the political-economic transformations of the neoliberal era in France have come with a tacit acceptance that the government could, and would, do very little about unemployment. In fact, the 1992 Maastricht Treaty, the foundation stone for the European Union, prioritizes deficit reduction over welfare protection. France’s integration into the European Union has meant following this new political-economic logic. As a result, structural unemployment and precarious work have risen, while the social safety net has shrunk.

The political-economic transformations of the neoliberal era in France have come with a tacit acceptance that the government could, and would, do very little about unemployment.

This is the context of precarity, the sense of a national undoing, that has given rise to the French far-right, and to anti-government movements like the Yellow Vests. This sense national fragility has been exacerbated by COVID-19 and the breakdown of the French health care system, gutted by defunding. And Macron, like so many other politicians before him, has responded by scapegoating Islam. Making the threat of Islamist separatism front and center, Macron’s government has committed to a law-and-order paradigm that seeks to re-establish national identity, republican values, and the authority of the Republic.

What is ironic—both farce and tragedy—is that neoliberal restructuring has always been a political decision, made and instituted by governing elites like Macron. By scapegoating Islam, these political elites disavow their own responsibility for the precarious situation in which many French citizens find themselves. That is the farce.

By scapegoating Islam, these political elites disavow their own responsibility for the precarious situation in which many French citizens find themselves.

The tragedy is the punishing ritual enactment of law and order on Black and Brown people. This ritual works through a kind of synecdoche: by re-establishing republican authority in one domain—on Muslims—the French state seems to, and is seen to, re-establish its authority in all domains. This is also political theater, of course, but effective theater nonetheless: the political decisions, by Macron and by his predecessors, that have made social and economic life precarious for many French are both obfuscated and symbolically resolved by “taking action” against always-suspect Muslims. Republican authority is “reasserted” on Muslim lives and Muslim bodies, all in the name of French secularism.

That version of laïcité is a piece of political theater as well, for laïcité is not what Marcon keeps claiming it is: the strict separation of church and state and the banishment of religion from politics. Rather, laïcité is what his government is actually doing: strictly regulating religious activity.

The dominant narrative about laïcité is that in 1905, church and state were legally separated, and religion restricted to the private sphere. The reality is more complicated: the 1905 law was not a break with the Catholic Church, but instead a compromise. As a result, the law entangled state and organized religion as much as it separated them. The 1905 law stipulates, for instance, that the state pay the salaries of clergy working in hospitals and prisons. Thanks to a series of later laws, the French state also subsidizes private religious schools—most of them Catholic, some of them Jewish. And there exist other traces of Catholicism within the public education system, such as a school calendar organized around Catholic holy days and school cafeterias that serve fish on Fridays.

The 1905 law was not a break with the Catholic Church, but instead a compromise. As a result, the law entangled state and organized religion as much as it separated them.

However, when Muslim French request the same kind of accommodations—for example, state-funded Muslim schools or a school calendar that incorporates Muslim holy days—they are told that France is a secular country where proper citizenship requires separating religion from public life. Muslim appeals for religious accommodation are claims to civic equality within the existing parameters of laïcité. Yet those appeals have paradoxically become the basis for questioning Muslims’ fitness as proper French citizens. For instance, Macron and other politicians have consistently identified requests for halal meals in school cafeterias as a sign of Muslim separatism.

Perhaps the starkest instance of French secularism’s various contradictions is the status of Alsace-Moselle, a region in northeast France bordering Germany. In 1870, Alsace-Moselle was annexed from France by Prussia, so it was not part of the French Republic when the 1905 law went into effect. Though Alsace-Moselle was reincorporated into the Republic after World War II, it continues to be ruled under a Napoleon-era Concordat system. Catholicism, Calvinism, Lutheranism, and Judaism remain officially recognized religions; religious education in one of these four is obligatory for public school children there unless they opt out; and the French state pays the salaries of clergy from these recognized religions.

Though Alsace-Moselle was reincorporated into the Republic after World War II, it continues to be ruled under a Napoleon-era Concordat system.

Most think of Alsace-Moselle as an exception, but its system of “recognized” religions underscores how French secularism has always worked as the intervention into and management of religious life by the state. The fact that Judaism is a recognized religion in Alsace is instructive. Like Muslims, then and now, Jews in France were long thought incapable of being citizens because they were too communalist and too separatist. Jews’ incorporation as citizens into the French Republic in the late-eighteenth and nineteenth centuries depended on their becoming incorporable, which in turn depended on a radical transformation of Jewish life. That transformation was enacted by the state, which dismantled Jewish law, decreed that Jews had to wear French dress and take French names, and institutionally remade Judaism. In 1808, for example, Napoleon created the Central Consistory—which exists to this day—to serve as the official representative of Judaism and Jews in France, and he appointed all its members. It eventually became responsible for the exclusive control of all Jewish institutions and the training of rabbis.

Now, in 2021, history repeats itself: Macron wants to create “an Islam of the Enlightenment” and to make sure that imams are trained in France. Politicians on the left and the right are obsessed with Muslims’ sartorial choices, taking headscarves and beards as signs of poor integration at best and of separatism at worst. This is unsurprising; it is how French secularism works.

Now, in 2021, history repeats itself: Macron wants to create 'an Islam of the Enlightenment' and to make sure that imams are trained in France.

When it comes to religious minorities, then, inclusion and exclusion have always gone hand in hand, as have integration and intervention. France is at a particularly punitive moment in this interventionist project, the political theater of both neoliberalism and secularism playing out on the civil liberties of Muslim French and their allies. This has happened before. And, no doubt, it will happen again. 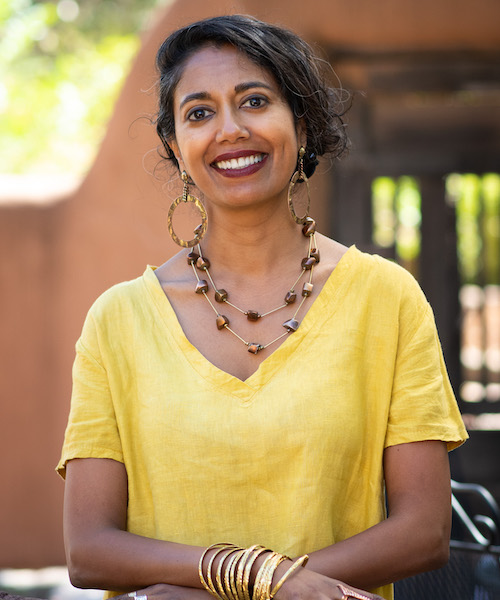 Mayanthi Fernando is associate professor of anthropology at the University of California, Santa Cruz. She writes for academic journals and popular media about religion, politics, gender, and sexuality in France and is the author of The Republic Unsettled: Muslim French and the Contradictions of Secularism (2014).