As a systematic theologian who studies reflections on doctrines in varied contexts, times, and understandings of the world, I know that basic discoveries by natural scientists are highly important today for expressing the Catholic, Christian faith in cogent and meaningful ways. Scientific knowledge about God’s creation is particularly important for explaining the doctrines of creation, the human person as imago Dei, and God’s activity in relation to the world. Scientific knowledge is also imperative for making informed decisions about how to function in relation to other people, species, and systems that constitute God’s creation.

Encouraging and supporting scientific endeavors are especially vital today as human activities force changes in the global climate and the novel coronavirus wreaks havoc throughout the world. Poor and vulnerable people are the most adversely affected by both crises. The need for collecting, interpreting, and drawing conclusions from scientifically collected data could not be more pressing.

However, at the executive level of governance in the United States, scientific advice is shunned. Scientific evidence is denied. Scientists are denigrated. Science as an intellectual endeavor is ignored and demeaned. Regulations based on scientific evidence and aimed at protecting the constituents of Earth are weakened. Ignorance reigns as key decision-makers flaunt their unscientific opinions and mindlessly risk lives now and in the future. Their attitudes and actions are contrary to Christian traditions that have celebrated the intellectual capability of the human being, encouraged the quest for knowledge about God’s creation, and urged informed decision-making for centuries.

Celebrating the Intellectual Ability of Humans

Early Christian theologians onward have underscored intelligence as the characteristic that most distinguishes humans from other creatures. Basil of Caesarea, Augustine of Hippo, Thomas Aquinas, and many eminent theologians viewed human intelligence as a gift from God through which to study God’s creation, to learn about God through creatures, and to give glory to God by functioning rationally. Many patristic and medieval theologians reflected on God’s “book of nature” as the medium through which to experience God’s presence and study manifestations of God’s character—especially God’s goodness, power, and wisdom. Albertus Magnus legitimized the study of God’s creation when recording his detailed observations about animals, vegetation, and soils prior to the development of the scientific method. Galileo, Kepler, Ray and other early scientists couched their macro- to micro-investigations of the physical world as having been stimulated by their faith in God to study God’s creation. Though all subsequent scientists did not explain their quests from a theological perspective, they demonstrated their intellectual abilities to hypothesize, accumulate data, develop theories, test them, and identify fruitful ways to discover more that could be helpful for advancing knowledge about the world.

The value of scientific knowledge and its quest has been demonstrated widely by the hierarchy of the Catholic Church. Though popes prior to Leo XIII (1878–1903) have both celebrated scientific discoveries and questioned them, he established the modern Vatican Observatory in 1891 to demonstrate clearly that the Church embraces, encourages, promotes, and supports “true and solid science...with the fullest possible devotion” [1]. Pope Pius XI (1922–1939) reconstituted in 1936 the Pontifical Academy of the New Lynxes (established in 1847 by Pope Pius IX) as the Pontifical Academy of Sciences for the purpose of advancing the sciences, a role that he considered “praiseworthy” and “noble work...in favor of the truth” [2]. The Vatican continues to encourage, support, and commemorate their achievements.

Pope John Paul II expressed his appreciation for “pure science” as “knowledge and therefore perfection of man in his intelligence” that “ought to be honored for itself as an integral part of culture” to be “cultivated in full liberty” [3]. During his pontificate (1978–2005), he issued several statements in which he clarified the role of the Church in relation to the natural sciences; distinguished their data, methods, and purpose from theology’s; and recognized the importance of knowing the effects of applied science in order to discern a moral response [4]. He also instructed theologians “to keep themselves regularly informed of scientific advances in order to examine...whether or not there are reasons for taking them into account in their reflections or for introducing changes in their teachings” [5].

As the Catechism of the Catholic Church explains, scientific discoveries can enrich a person’s faith in God. Findings pertaining to the origin and nature of the universe and the human species “have splendidly enriched our knowledge” and “invite us to even greater admiration for the greatness of the Creator.” Theological reflections prior to the onset of the scientific revolution underscore this conclusion [6]. For scientists who believe in God, studying God’s creation can yield multiple outcomes.

As recorded deaths from the novel coronavirus near 200,000 worldwide and adverse effects of human-forced climate change become increasingly apparent and foreboding, the need to make scientifically informed decisions is imperative. Aptness to make informed decisions is a major moral virtue highly valued within the Catholic theological tradition—the virtue of prudence. The theological motivation for being prudent is love for one’s neighbor in temporal life and in God’s presence forever [7]. Loving one’s neighbors near and far, now and into the future warrants making scientifically informed decisions to address the current pandemic and threats to a life-flourishing planet.

Following prior popes in expressing their concerns about climate change, Pope Francis told members of the Pontifical Academy of Sciences in 2016: “Never before has there been such a clear need for science to be at the service of a new global ecological equilibrium” [8]. He continued, lauding “a renewed partnership between the scientific and Christian communities, who are witnessing the convergence of their distinct approaches to reality in the shared goal of protecting our common home, threatened as it is by ecological collapse and consequent increase of poverty and social exclusion.” His deep concern about the ongoing suffering caused by the coronavirus prompted him to establish the Commission on COVID-19 to work with the Pontifical Academy of Sciences and other organizations throughout the Church to plan for the pandemic’s aftermath.

Though a causal connection between the novel coronavirus and climate change has not been established, data point to vulnerable people who are most susceptible to the adverse effects of both disease and climate change. Addressing how to mitigate these effects and racial disparities among people in the United States who have died from the coronavirus requires scientific research and decisions that reflect research findings. In a joint statement issued by the Pontifical Academies of Sciences and Social Sciences, members urged expanding support of science and actions by scientific communities, protecting poor and vulnerable people, and shaping global interdependencies and help across and within nations.

Scientifically informed decisions pertaining to climate change have declined drastically over the past three-and-a-half years of the Trump administration, and scientifically informed decisions pertaining to the coronavirus appear unlikely. Denial of conclusions by climate scientists that human activities are forcing changes in the global climate, withdrawal of the United States from the 2015 Paris Agreement to limit the emissions of greenhouse gasses, scoffing at infectious disease specialists, and denying funds to the World Health Organization exemplify continued imprudence at the highest level of governance. These attitudes and actions are contrary to Christian traditions that have celebrated the intellectual capability of human persons, encouraged the quest for knowledge about God’s creation, and urged informed decision-making for centuries. 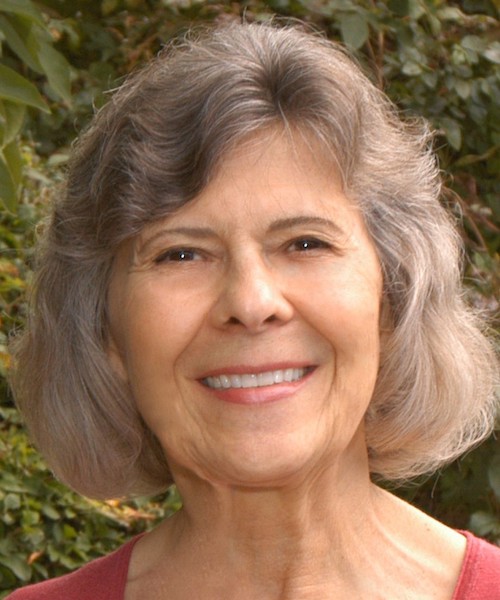