With the advent of a new spring season, many of us are charmed into awakening by the sounds of birds announcing, in a different language, the inexorable, variegated presence of nature’s splendor. In the nineteenth century, Walt Whitman evoked this sense of nature in a passage from Specimen Days: “After you have exhausted what there is in business, politics, conviviality, love, and so on—have found that none of these finally satisfy, or permanently wear—what remains? Nature remains; to bring out from their torpid recesses, the affinities of a man or woman with the open air, the trees, fields, the changes of seasons—the sun by day and the stars of heaven by night.” In prose fragments throughout the volume, Whitman celebrates the natural worlds of which we are a part, seeing anew the wondrous facticity of myriad nature.

During this 2020 spring season, a number of people have seemingly embraced Whitman’s vision while experiencing social distancing and various levels of state-mandated travel restrictions. Numerous individuals are taking leisurely walks in their neighborhoods, riding bikes along nature trails, tending to their gardens with fierce intensity, and even exchanging nature poetry with others through social media. These “return-to-nature” activities seem to be expressions of a complex human desire to be transformed through an engagement with nature as we come to terms with the sobering realities of COVID-19: unprecedented disruptions to our daily lives, intimate encounters with death, and increasing awareness of human fragility and mass suffering around the globe. Furthermore, the fate of many vulnerable populations during the pandemic has increased the nation’s awareness of the disparities in wealth and other social inequalities that affect people’s access to health care, employment, food security, and other services. Given these sobering realities in this cataclysmic moment, what might be one religious ethical response? Which religious ethical principles forged in the crucible of such realities can help individuals and communities develop a more robust “return to nature” motif, as well as inspire many of us to enact sustained forms of compassion while experiencing vulnerability on so many levels?

In this essay, I offer religious naturalism—and certainly one of several possible religious options —for our consideration. Religious naturalism is a synthesis of naturalistic ideas that often depart from traditional forms of religious thinking. The qualifier “religious” in religious naturalism affirms the natural world as the center of humans’ most significant experiences and understandings. In other words, religious naturalism does not appeal to a supernatural being or to an ontologically distinct and superior realm to ground, explain, or give meaning to this world. In The Routledge Handbook of Religious Naturalism, Donald Crosby and Jerome Stone articulate an important theme I share in describing the work of many contemporary religious naturalists: “Thinking deeply about nature and our place as human beings in nature is an urgent and salutary activity for each of us and for the institutions of our societies, no matter what our personal religious or secular outlooks may be in this time of rampant species endangerment, global climate change, and looming ecological crisis.”

Here, I focus on religious naturalism as a capacious, ecological worldview that shifts humans’ attention back to ourselves as natural processes inextricably connected to other life forms and material processes. In this sense, religious naturalism evokes a moral imagination that invites deeper reflection upon the return-to-nature motif, and supports efforts aimed at addressing the challenging injustices (social, ecological, economic, etc.) exacerbated by the pandemic. In combining both concerns, I outline an aesthetic-ethical principle that anticipates the possibilities that may occur when human organisms enact our evolutionary capacities as relational beings. Our expressions of love are visible when we engage in multilayered processes of changing behaviors, values, and relationships that promote the betterment of myriad nature—among and between humans, and with the more-than-human worlds that constitute our being here.

Shedding light on the “return-to-nature” motif, religious naturalism questions the unexamined assumption that it is humans’ distinct difference from nature that enables us to “use” it for our benefits. The wholistic worldview that many religious naturalists uphold challenges conventional, established notions of humans as fundamentally separated from nature. As Loyal Rue suggests, humans are ultimately the manifestations of many interlocking systems—atomic, molecular, biochemical, anatomical, ecological—apart from which human existence is incomprehensible. Closely linked to this insight is the fact of humans’ fundamental interconnectedness with other living beings. As Ursula Goodenough asserts in The Sacred Depths of Nature: “....And now we realize that we are connected to all creatures. Not just in food chains or ecological equilibria. We share a common ancestor. We share genes for receptors and cell cycles and signal-transduction cascades. We share evolutionary constraints and possibilities. We are connected all the way down.”

These key concepts of religious naturalism can help ground ethical principles aimed at challenging a persistent form of human exceptionalism, or a dominant cultural fantasy that anchors humans on one side of the Great Divide, away from all other species. This premise assumes that the human alone is not a spatial and temporal web of interspecies dependencies, and it has lent theoretical support to popular myths of the self-made individual in the United States. In its variant forms, human exceptionalism has also been operative in the set of human events that have resulted in the dire conditions associated with climate change. As noted by many scientists and ecologists, the range of ecological crises (unprecedented rates of carbon released into the atmosphere, rapid rise of sea levels, displacement millions of people, forced migration, mass species extinction, water scarcity, and ocean acidification, etc.) should not be viewed as isolated, arbitrary events. Rather, these interrelated problems show humanity as a global geophysical force on the planet’s system; we have unleashed planetary forces beyond our control, threatening the continuing viability of many species, including our own.

I think the best religious perspectives offer visions, not definitive answers, or perhaps the language of enchantment, encouragement, and hope. With the pandemic heightening our awareness of just how fragile life is, and how interconnected we all really are, perhaps more people can begin to see and experience our current vulnerabilities, limitations, and challenges in a new light: Each of us is profoundly implicated in the functioning and fate of every other being on the planet, and ultimately, perhaps, throughout the universe. Inspired by Chet Raymo’s insight that humans are part of an interacting, evolving, and genetically related community of beings bound together inseparably in space and time, my hope is that each of us will aspire to enact compassion in deed, thought, and word. This is not enough, however. The type of moral imagination I am envisioning sustains itself through our willing participation in what Wesley Wildman describes as movements of scientific inquiry, movements of cultural expression, movements for global distributive justice, movements to eliminate needless suffering, and movements to preserve the ecology of our home planet. 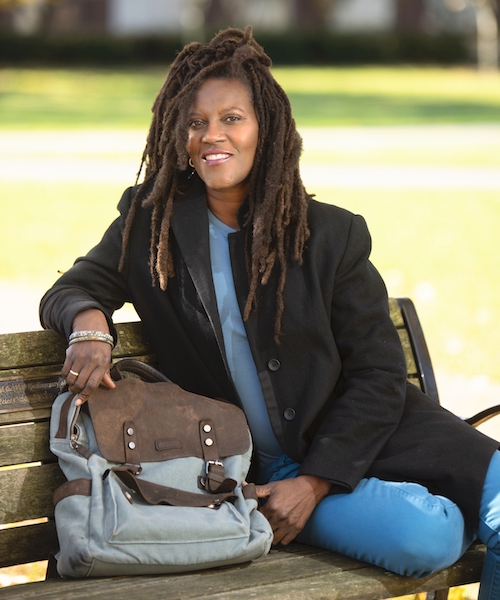 Carol Wayne White is a professor of philosophy of religion at Bucknell University, specializing in poststructuralist philosophies and religious naturalism. Her books include Poststructuralism, Feminism, and Religion: Triangulating Positions (2002); The Legacy of Anne Conway (1631-70): Reverberations from a Mystical Naturalism (2009); and Black Lives and Sacred Humanity: Toward an African American Religious Naturalism (2016), which won a Choice Award for Outstanding Academic Titles.