A Climate Grief, Observed: Transforming Our Ecologies and Theologies of Magical Thinking

Not long after various governments announced lockdowns—and not long into this odd time of sheltering in place—social media began to buzz with more than just announcements concerning COVID-19 physical-distancing measures. Suddenly, our collective ecological life began to shine through, subtle at first, but then with increased intensity: Swans and dolphins returning to habitats they had long vacated, elephants and other endangered or displaced lives thriving. Stories of nature’s resilience entered the cultural spotlight, visions of an earth given reprieve by the absent Anthropos of the Anthropocene.

Many of the stories, as one might have suspected, weren’t entirely true. Our ecological bodies (human though they may be) remained vulnerable along lines of continuing intersectional injustices, and various news organizations began to bust eco-myths of a nature suddenly healing itself. After a while, memes subtly mocking the theme of healed nature followed: Buffalo herds supposedly re-emerged in Buffalo, New York (courtesy photoshop). Dinosaurs long extinct miraculously returned to big cities. The most elusive of species—toilet paper—returned to store shelves. Even the real reprieves appear, at best, temporary.

Yet, silly as they seem, those stories and memes do point towards important eco-social insights for our present moment, theologically and ethically. They point towards a kind of “magical thinking” happening both in the center and at the fringes of our cultural life. Magical thinking is the concept often given in grief studies to the experience of wishing or acting differently in such a way that might undo actual loss, or make things perfect or orderly “like they were before.” We see a jacket of a lost loved one and imagine them still alive, waiting to put it on. We pick up the phone to call someone, only to remember they’re gone. We imagine that if we had just said something differently, acted differently, the outcome might be different. We imagine God bringing our beloved human species kin back to us in the present. Grief begets eccentricities of magical thinking, and however much ecological healing isn’t completely true, we wish we were making that regeneration so.

As Joan Didion remarks in her magisterial writing on the subject, The Year of Magical Thinking, “Grief, when it comes, is nothing we expect it to be” [1]. Nothing is as we expected it to be, right now. Our present ecology of magical thinking, I think, may be read as a kind of unacknowledged grieving—at least, a cultural affect made visible—a passion for a planet rending apart in the wake of the ecological losses made manifest by settler colonialisms, environmental racisms, and all manner of anthropocentric imaginaries. One might hopefully feel, perhaps, that current actions attending to one crisis could magically undo the harms done in another.

As COVID-19 spread, I was on sabbatical researching how religious communities and theo-ethical imaginaries reframe the complex archive of ecological affects, emotions, and feelings that accompany the climate crisis. Climate grief, eco-anxiety, anger, fatigue, and feelings of overwhelmed moral agency were commonplace with folks concerned about our planetary connectivity before the current crisis hit. Constructive theology and ethics often play down our affective energies in ethical decision-making and political action for logical schools of discernment, even while the communication of those energies might be the most significant in thinking about moral agency or eliciting change. When it comes to climate, emotional complexity is paramount.

And so we attempt, in this moment, to acknowledge vast emotive changes of common and political life together. But we’re attempting to do so on a planet already transformed and made complicated by the collapse of ecologies and the past, present, and spectral future of anthropogenic global warming. We’re disoriented, and the slow burn of our emotional energies is attempting to work through silver linings and generate hopeful resilience where the exhaustion of anxiety, grief, or ordinary trauma clings in our hearts. Magical thinking abounds.

What COVID-19 brings to the forefront of our imaginations and lives is what I’ve been calling, on one hand, the ethics of planetary intimacy and, on the other, the theological art of planetary feeling for our common life together. We’re aware now, more than ever, of the vulnerable interconnectedness of our creaturely bodies and communities in ways known and unknown, and that vulnerability is pointing us towards imagining and enacting the radical changes needed for a planetary common home together. Grieving our current moment means, fundamentally, recognizing our intrinsic relatedness as organisms and working through privileges, powers, and histories that structure and erupt within our inherited lives.

For my own area of Christian environmental ethics, imagining a Divinity that lures and allures possibilities of connection out of isolation, the possibilities of working collectively through grief, the mutual enjoyment of creative forms of resilience, the collaborative risk of subversive forms of connection that urge radical social change—that Divinity might precisely be what is needed right now. Becoming lured to planetary feeling means attending to the resilient and vulnerable political power of a wide array of our ecological affects—connecting with political empathy to the suffering of the human and more-than-human world, feeling towards the disorientation and loss animal species might share with us, expressing prophetic anger at ecological injustices, and feeling the creative playfulness at what new radical eco-social structures might be created. Instead of imagining a past that never was or desiring a facile return to normal, the present moment asks us how we might transform feelings of isolation into the connective tissue that empowers us to face climate crises with our full, relational selves. 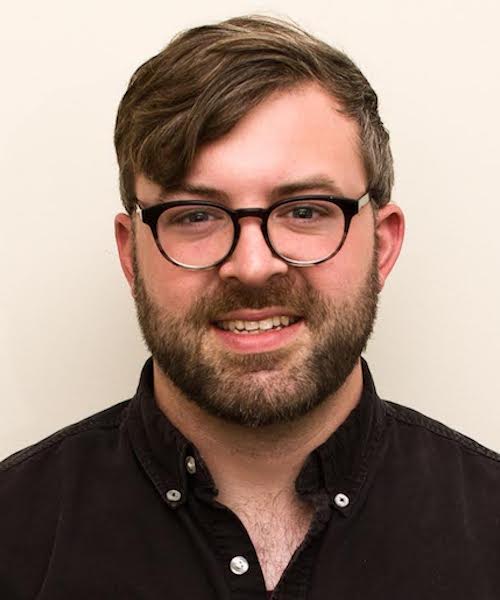 Jacob J. Erickson is an assistant professor of theological ethics in the School of Religion at Trinity College Dublin. A constructive theologian, Erickson attempts to evoke an eco-theology attentive to climate justice, planetary conviviality, and political resilience in the wake of global warming. He is currently finishing two books, A Theopoetics of the Earth: Divinity in the Anthropocene; and Irreverent Theology: On the Queer Ecology of Creation.