Environmental Gains Are Not a Silver Lining of COVID-19

While news coverage of the COVID-19 pandemic has focused largely on stories of suffering, death, and economic disaster, some have also noted the pandemic’s silver lining for the environment. Social distancing measures have led to halts in air travel and factory production, resulting in decreased pollution and carbon emissions. A widely circulated video posted by the Guardian showed a herd of goats roaming the abandoned streets of north Wales. In a segment asking whether the coronavirus could help save the planet, the German-based channel DW News reported that tourist hotspots such as Venice are “enjoying some respite” from the usual bustling crowds, and Germany might actually meet its climate goals for the year.

If we are tempted to see the large-scale, rapid responses to the current pandemic as a model for responding to the climate emergency, this moment also demands that we acknowledge the vast disparities in the ways that both the crisis, and our human responses to it, have played out for different human communities. Enacting what Elaine Nogueira-Godsey calls decological praxis, conversations about using this as a model must include reflections on the ways that our choices “enable [some] people to survive at the expense of others.”

Celebrations of the pandemic’s positive outcomes for the environment come from a position of ecocentrism, a viewpoint that all lifeforms have inherent value and the earth transcends the importance of any one species. But the COVID-19 pandemic is placing in stark relief the reality that environmental justice activists have warned about for decades: Vulnerable communities suffer from environmental problems on a massively disproportionate scale. Disparities of wealth, opportunity, and power are playing out predictably when it comes to coronavirus illnesses and deaths. COVID-19 is not an equal opportunity killer, as Charles Blow points out, because social distancing is a privilege. Discussions about any potential environmental benefits of the pandemic must acknowledge the specific human lives that are being sacrificed to enable some of us to protect the environment, and ourselves, by sheltering in place.

The problem with this outlook is that environmental actions are always motivated by a variety of factors, including for those who claim that their values are ecocentric. In God and the Green Divide, I examined the environmental values and activism of religious communities involved with an interfaith environmental organization in Chicago. The organization, Faith in Place, was one of numerous religious environmental nonprofits across the United States advancing the idea that taking care of the earth is a religious mandate: All religious traditions have teachings that require their followers to be good stewards of the earth.

In my research, I found that religious environmental activists often drew from ecological theologies, religious teachings, and environmental ethics to support their work. But they also brought other priorities and concerns to their “green” projects and behaviors. Some pastors saw environmental programming as a way to breathe life into their dying churches, while some Muslims cited their mosque’s solar panels as evidence that their mosque was not “fundamentalist-controlled.” Discourse among African-American churches focused on not getting “left behind” from the green economy, and many white participants’ involvement was related to feelings of white shame. While these communities engaged in activities that had positive outcomes for the environment, such as installing solar panels, planting gardens, and lobbying for environmentally friendly policies, their actions were rarely driven by ecocentric concern for the earth.

In my current research among Latinx churchgoing Catholics in Los Angeles, I’ve identified a widespread ethic of living lightly on the earth that is expressed through home-based conservation measures, such as reusing old yogurt containers instead of purchasing Tupperware, boiling pasta in the same water that was used to rinse out the jar of sauce, and wearing hand-me-down clothing that was donated to the church. Many of the Latinx Catholics I’ve met are avid backyard gardeners and feel an especially close connection with trees. My informants’ practices and values align with efforts to mitigate climate change and protect the earth, yet they are seldom recognized as responses to the climate crisis because they are assumed to be expressions of culture or poverty, not concern for the environment.

While explicit environmental values and ecocentric ethics have supported the work of many activists leading the fight against climate change, this framework fails to appreciate the perspectives and contributions of diverse communities—especially immigrants, communities of color, and the poor—for whom protecting the environment can be motivated by human concerns, or is a mundane aspect of daily life. Assuming that an ecocentric perspective is the most effective orientation for addressing the environmental crisis, moreover, perpetuates the colonial mindset that has long plagued dominant modes of environmental thinking. Decolonial scholars of religion and the environment, such as Tyson-Lord Gray, Elaine Nogueira-Godsey, and Melanie Harris, have argued that there are numerous perspectives and orientations for addressing the environmental crisis that cannot be captured by—and in fact are at odds with—the limited framework of ecocentrism.

If we want to understand how religious ethics can inform approaches to global health and the environment, especially in light of the current pandemic, surely we must be open to learning from those multiple perspectives. 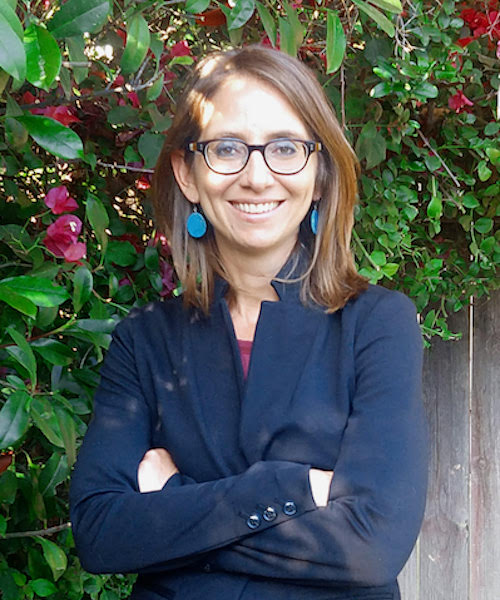 Amanda J. Baugh is an associate professor of religious studies at California State University, Northridge. She specializes in the study of religion, the environment, and American culture, with attention to questions of race, ethnicity, and class. She is the author of God and the Green Divide: Religious Environmentalism in Black and White (University of California Press).