The Crisis of Planetary Health: Reflections from the World Religions

The pandemic that we find ourselves in is an indication of how out of balance we are with our world. From what we eat to how we care for our bodies, the very basic habits of a healthy life are already significantly eroded. People wonder what has happened and why we weren’t prepared. We can say it is because we have created an illusion that we are not part of nature. We act as if we have conquered nature and can live in a fantasy world where food comes from supermarkets and water is in bottles. Nothing could be further from the truth. But the challenge is, how will we reconnect the lines back to planetary belonging and planetary health? Without this there is no insurance for human well-being as much as we talk about health insurance systems. As Thomas Berry said, “We can’t have healthy people on a sick planet.” We need healthy ecosystems as the basis of healthy lives. Where will clean water come from, clear air, vibrant soils, nourishing food, and flourishing oceans? These will not come from a deluge of chemicals and an unraveling of ecosystems on a planetary scale. We need new modes of Earth restoration, not endless technologies of extraction.

How did we arrive at this impasse? How is it that we are brought to our knees in a planetary pause that has enormous impact around the world? No one is exempt. No one is guaranteed safety. This is the great leveler.

With the levels of uncertainty and panic rising we can hardly envision returning to a “new normal,” much less the endless consumption and indifference to inequities that has characterized life in the “developed world.” Will we wake up? Will we connect the dots between the coronavirus and related epidemics to the eating or treatment of animals? More than half of contemporary diseases (SARS, MERS, Ebola, Lyme disease, West Nile virus, etc.) have been connected to our relations with animals. Will we connect the dots to the devastation of the climate emergency that lurks in the background of this pandemic moment? Endless suffering, millions of refugees, droughts and floods, tumultuous weather and devastating storms.

We are a people devoid of an ethics comprehensive enough and inclusive enough to encompass people and the planet in ways that are convincing and efficacious. The Earth Charter is one important declaration of an ethics of interdependence that can serve as an inspiring vision for integrating ecology, justice, and peace. Similarly, Laudato Si, the encyclical of Pope Francis, is a pathbreaking document calling for humanity to hear the “cry of the Earth and the cry of the poor.” This is the pope’s appeal for a new paradigm embracing an integral ecology.

As we transition to a more comprehensive ecology and inclusive ethics, we can also call on the world’s religions for guidance in ways that bring them out of their human-centered concerns to reawaken to mutually enhancing human-Earth relations. Such relations are implicit in all the world’s religions. In collaboration with thousands of people and communities from around the world, the Yale Forum on Religion and Ecology has endeavored to retrieve, re-evaluate, and reconstruct these relationships for the last 25 years. While the religions have their problems in terms of intolerance and other worldly concerns, they also have great promise for being a moral force for our collective planetary health.

Indigenous traditions around the world have upheld for millennia and still embrace cosmovisions of relationality of humans with the more-than-human world. The mutuality of dwelling within a world of living beings—birds, fish, reptiles, mammals—is honored among native peoples. How could others have lost this worldview of flourishing within a larger family of “all my relations”? How can that be recovered and re-lived in our modern world with respect and humility?

Western religions have always had a strong sense of social justice for humans, but the pull toward ecojustice is now palpable, although still to be fully realized. Judaism, Christianity, and Islam uphold the dignity of the human and are reaching now to include the larger creation—embracing land and creatures. To move toward stewardship in Judaism and Christianity and trusteeship in Islam means that the response to the beauty and complexity of life requires a sense of responsibility for its continuity. This is our greatest hope. Planetary health requires such a moral force along with science, policy, law, and economics.

The religions of South Asia have traditionally had a strong sense of doing one’s duty (dharma) and expressing devotion (bhakti) to one’s guru or god. These religious practices are being extended beyond the human to include duty for the protection and care of nature as well as devotion to the sacred rivers and trees. How can the Ganges and Yamuna, among the most sacred rivers in the world, have succumbed to massive pollution and eutrophication? The call for a renewal of the rivers and a cleanup of ecosystems is gaining traction in India and within aid organizations such as the World Bank. Trees, too, are valued. In the Chipko movement in the Himalayas, women embrace trees to prevent them from being cut down. In Thailand and Cambodia, Buddhist monks are ordaining trees to stop deforestation.

In East Asia, both Confucianism and Daoism espouse a desire to harmonize with nature, to sense its endless variety and fecundity, and to bring humans into the rhythms of its dynamic flow, the Dao. Confucianism originally envisioned humans not as isolated individuals but as interdependent beings embedded within concentric circles of family, society, education, politics, nature, and the cosmos itself. Moral cultivation of the human aims not just at personal enlightenment or salvation, but at creating humane societies and political systems. Humaneness (jen) is the highest virtue leading to care for others and nature within a commitment to a common good. Humans are encouraged to work for a shared goal, an aim beyond the benefit of an individual. In a Confucian worldview that pervaded traditional China, all education and political offices were aimed at serving the larger public good with moral integrity and civic responsibility. These traditional values are being brought forward into an aspiration to create “ecological civilization” in China.

All of these religious and spiritual traditions have something to say in our moment with its empty dogmas of hyper-individualism and monetary gain as the highest goods. None of the world’s religions would advocate this approach of personal profit at any cost, and yet this is a dominant ideology at high levels of politics and business around the world.

The pandemic is calling for a radical change in these values. Can we awaken to our profound relationality with all life? We are in this together, and no one will survive by retreating into one’s own private gains versus a common good. We are a planetary people who flourish beyond the walls of nation states. A pandemic knows no borders. We need to join the Earth community if we are to survive and thrive. Is this not what our children are asking of us? And their children too? Is this not the urgent call of life’s continuity that speaks to us out of the deluge of sickness and death that surrounds us?

Surely we can answer this call and affirm the highest commitment of humans—to pave the way for a life of flourishing in future generations of all species. We might consider a new golden rule for all religions to articulate in their distinctive ways: To nurture the Earth in ways it has nurtured us. Let us embrace this with radical hope and joyful thanksgiving. 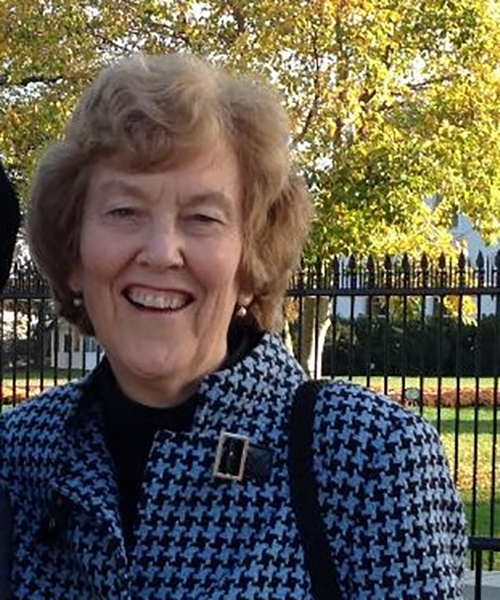 Mary Evelyn Tucker is a senior lecturer and research scholar at Yale University, with appointments in the School of Forestry and Environmental Studies, Divinity School, and Department of Religious Studies. She teaches in the joint M.A. program in religion and ecology and directs the Forum on Religion and Ecology at Yale with her husband, John Grim. Mary Evelyn and John were executive producers of the Emmy Award winning film Journey of the Universe (2011) with Brian Swimme. Her special area of study is Asian religions. 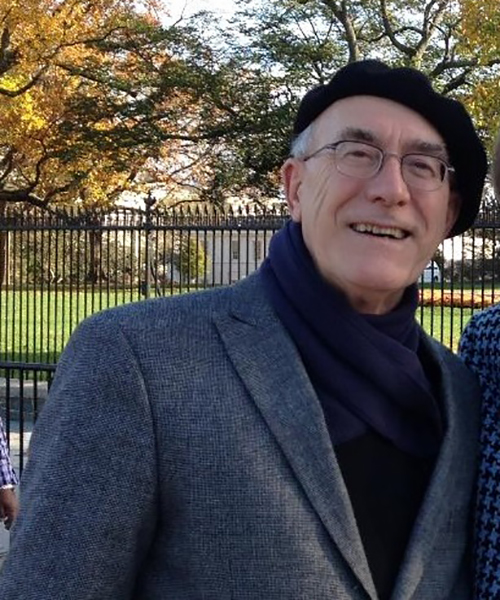 John Grim is a senior lecturer and research scholar at Yale University, with appointments in the School of Forestry and Environmental Studies, Divinity School, and Department of Religious Studies. He teaches in the joint M.A. program in religion and ecology and is co-founder and co-director of the Forum on Religion and Ecology at Yale with his wife, Mary Evelyn Tucker. Mary Evelyn and John were executive producers of the Emmy Award winning film Journey of the Universe (2011) with Brian Swimme.