The coronavirus pandemic has thrown into sharp relief the myriad ways in which the globe and its problems—environmental, economic, and health—are deeply interconnected. I study Islamic environmental activism and have found, within some Islamic environmental groups, both a sound analysis of this interconnection that long precedes our current predicament and suggestions for change that are doubly relevant in our current crisis. As I outline in this piece, while there are positive lessons from some religious environmentalisms, there are also important limitations of religious communities.

There are clear connections to be drawn between the virus and our global climate crisis. People living in places with high levels of air pollution appear to suffer from COVID-19 more acutely, and some argue that with a warming climate global pandemic such as this will become more common. The pandemic has also provided dramatic visuals of the way in which our economic structures are reliant upon a “healthy” world and, paradoxically, are destroying it. A health crisis has plunged the global economy into a major recession, whilst the reduced economic activity has resulted in improved environmental indicators like pollution and air quality in major cities worldwide.

The Muslims in my study also recognized that environmental issues were intimately related to health crises. More significantly though, was the connection they made between economic inequality, environmental issues, and health: inequitable access to fresh food, high levels of pollution in low-income communities, exposure to toxic chemicals. The “injustice” inherent to these health issues (and environmental injustice more broadly) was captured by one activist who pointed out that “even the rich are suffering [from the impacts of climate change] but I guess they manage to remove themselves” [2]. Such injustice continues to be evident in the spread and impact of the coronavirus, particularly in countries with high levels of inequality.

The solutions activists proposed to these complex issues drew upon both the Islamic tradition for a moral foundation and a wide variety of secular environmental and economic thought. These solutions ranged from transformative structural change, to (religious) self-sustaining eco-communities, to individual behavior change. Activists would talk in one breath of “de-growth” and in the next that Islam called for society to put “the interests of living beings, both human and non-human, as well as the interest of life in generations to come” at the center of any economic structure. While the solutions varied widely, justice sat at the heart of much of the work undertaken by Muslim environmentalists. Of all the groups, the UK group Wisdom in Nature offered the most sophisticated solution. They argued for transformative structural change that put justice, equality, “deep democracy,” and sustainability at the heart of a new world [3].

Any number of opinion pieces, white papers, and articles in the last two months have argued that the coronavirus pandemic and associated economic crisis is the opportunity to create that transformational change. Islamic environmentalism (along with other similar religious environmentalisms, such as Pope Francis’ integral ecology) can bring to their emphasis on holism and justice to the rebuilding of our world that will be required in the months and years to come. But religious environmentalists (and religious communities more broadly) also have limitations in their ability to respond to the coronavirus pandemic and its myriad consequences.

First, Islamic environmentalism shows us that there is no one religious position on an issue like climate change, and neither can there be on coronavirus response and the recovery plan to come. Islamic environmentalism encompasses many things – from community groups organizing litter-picks and education programs, to mosques organizing recycling initiatives and community gardens, to activists taking direct action. Environmentalism itself was, at the time of my research, marginal to many Muslim communities. In fact, the majority of Muslim environmentalists in my study spent most of their time trying to change the attitudes of their fellow Muslims about the importance of environmental action. Similarly, there has been no singular “religious” response to coronavirus. Where some religious communities have followed state-mandated lockdowns and moved religious observance into virtual spaces, others have flouted public health warnings.

Second, religion has a tendency to promote individual action as the means to create change. Some of the Muslim environmentalists recognized this, with a U.S. activist telling me: “Religion can lend itself very quickly to an individual focus, like the thought that you need to fix yourself” [4]. Although Wisdom in Nature worked for transformative structural change, they were an outlier in my research: Other activists sought to change their behavior and the behavior of those close to them, without fundamentally challenging the system that created the problems. If the post-coronavirus world is going to be structurally different to the pre-coronavirus world in ways that protect both the integrity of the natural world and of a just human society, then our previous system must be challenged. Individual action will not be enough.

The actions and frameworks of religious environmentalists like those in my study have some lessons for us now as we try to understand and respond to the complex interrelationship of the coronavirus pandemic with our environmental and our economy. When Muslim environmentalists brought the moral framework of their Islamic tradition to environmental and economic thought in creative and innovative ways, they demonstrated the value religious particularity can bring to problem solving complex crises. But religious communities and frameworks grounded in any one religious tradition have their limitations – contestation within the community (not to mention limited relevance beyond), and a propensity for individualistic and sometimes depoliticized action. 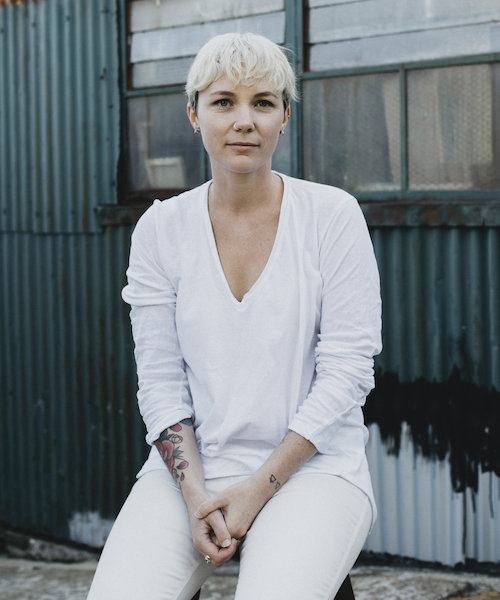 Rosemary Hancock is a research associate in the Institute for Ethics and Society at the University of Notre Dame, Australia. A sociologist who writes about the intersection of religion with politics and activism, with a particular focus on environmental politics, her first book is Islamic Environmentalism: Activism in the United States and Great Britain (Routledge).