This forum asks us to reflect on what the COVID-19 pandemic might teach us about the intersection of climate change and global health. Like everything about the pandemic, its relationship to environmental destruction is complicated. On the one hand, the pandemic shows how anthropogenic environmental harm has made humans more vulnerable. On the other hand, responses to it offer some grounds for cautious hope about our capacity to change. While religion has not been a significant factor in these shifts, it may have a valuable role to play in long-term responses to both the pandemic and to climate change.

Environmental destruction, pursued for human self-interest, ironically exposes humans to serious health risks. Warming temperatures help spread diseases into new areas, as do closer contacts between humans and wild animals due to habitat loss and the wildlife trade. The National Institutes of Health estimate that 75% of all novel infectious diseases originate with wildlife. Environmental destruction also intensifies human effects as, for example, air pollution makes people more prone to respiratory infections. This is especially true for poorer people and regions, who are both more vulnerable and less resilient in the face of health and environmental threats. Religious leaders and communities may have a unique role to play in calling attention to the socially unequal impact of both the pandemic and climate change and in supporting practical programs to reduce environmental destruction and aid its victims.

Because it reveals dire effects of ecological destruction, COVID-19 is a “warning shot,” as the UN environment chief puts it, which we fail to heed at our peril. Some observers are hopeful that the crisis might show us ways to respond positively, to “hit the reset button” on destructive economic, political, and cultural patterns. The pandemic might encourage more environmentally sustainable behavior, they argue, both because it underlines how climate change and habitat loss increase our vulnerability and because it shows that drastic change is possible. As young climate activist Jamie Margolin notes, the pandemic “has exposed how government leaders, and the American public, actually can make immediate, dramatic behavioral changes — even when those changes have serious consequences for the economy and our quality of life. It’s just that, until now, they haven’t been willing to.” The question, of course, is whether the experience of pandemic will make people more willing to take dramatic steps to address climate change and other looming threats, or whether people will be eager to return to an unsustainable normalcy.

Hopeful responses are countered by fears that in the wake of the pandemic, governments will focus on economic recovery without environmental safeguards – and indeed, the Trump administration has already used COVID-19 as an excuse, ironically, to ease lower air standards. This action points to the highly polarized way the pandemic is being interpreted and leads us to the role of religion in understanding and responding to it. Some conservative religious groups, especially evangelical Protestants, are doubling down on conspiracy theories, polarized views of their cultural “enemies,” and rejections of scientific evidence. Rather than reflecting on how we might need to “reset” in the wake of this disaster, these groups view the pandemic – as they do climate change – through their suspicion of science and other “liberal” social forces. The conservative religious rejection of science is part of the extreme cultural and political polarization that makes it impossible to reach consensus, and make progress, on many urgent social and environmental problems.

Other religious groups are sympathetic to calls for greater environmental protection, which many have been promoting for decades. However, there is no evidence that their exhortations have led to more environmentally sustainable behavior. In contrast, a deadly disease has led to radical reductions in emissions and air and noise pollution, almost overnight. In regards to climate change, then, perhaps the most important lessons of the pandemic are that major behavioral changes are possible and that such changes have significant and rapid effects on environmental indicators.

I am not sure what role religion can play in persuading people to make the behavioral changes necessary to slow climate change and address other environmental problems. I suspect that material factors, and especially concerns about public health and economic stability, will be much more influential in leading both individuals and governments to make the necessary changes. However, religion may be able to promote these changes, albeit in an indirect way, by helping us reframe the ways we think about climate change, public health, and their relations to our larger cultural context. Religion has played a central role in the polarization that cripples efforts for political solutions to problems like climate change and the COVID pandemic. Its most constructive contribution now might not be to address them directly (or at least not just to address them directly) but rather to reduce the ideological divides that currently make civil discourse and constructive problem-solving virtually impossible on a national level.

We are going to spend a long time thinking about – and living with – the consequences of the pandemic, in every sphere of our lives. It can be an opportunity, as the owner of a hotel in Venice suggests, “to reflect and see how we can be more organized in the future to find a balance” between humans and nature. Such reflection, hopefully, will lead to the conclusion that there is no deep conflict to be resolved between environmental and human health. If COVID-19 has taught us anything, hopefully, it is that human life can be sustained only if we dramatically reduce the harm we are doing to the planet. Religions can offer both new models of a good society and practical support as we reshape our communities. 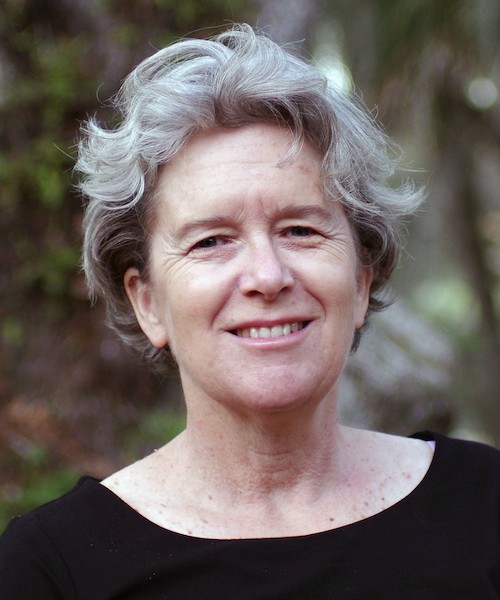 Anna Peterson is a professor in the Department of Religion at the University of Florida. Her research interests are in religion and social change, especially in Latin America; environmental and social ethics; and animal studies. Peterson's recent books include Being Animal: Beasts and Boundaries in Nature Ethics (Columbia University Press) and the co-edited volume Religion and Ecological Crisis (Routledge).