Rarely does one get a reprieve before encountering a big test, but this is exactly what the coronavirus pandemic offers humanity as we struggle to address climate change. The first two decades of the twenty-first century continued the Great Acceleration, begun in the mid-twentieth century, of human economic activity dominating Earth’s biophysical systems. Then suddenly, a few weeks ago, these global trends slowed down.

Nature has provoked a Great Lull, offering breathing room for humanity to pause and consider what sort of world we want to live in. In this moment of profound suffering, exacerbated by craven profit-seeking government officials who disregard science, the Great Lull creates space to consider how we might re-shape our policies and systems to be more life sustaining for humans and nature alike. As we revel in the sparkling clarity of a planet with lower carbon emissions—crystalline urban air, clear lakes, abundant birdsong, on the fiftieth anniversary of Earth Day—we must re-assess the toll that consumptive, extractive lifestyles take on planetary health, and orient our values and vision toward collective well-being that prioritizes the most vulnerable and promotes flourishing ecosystems.

While climate change often appears to be distant in both time and space, the coronavirus pandemic is climate change made vivid, visceral, and present. The pandemic spread of COVID-19 results from the same dominating ideologies and practices that create imperialism, deregulated capitalism, and patriarchy. Structural change must address the over-consumption and economic inequality that contribute to habitat destruction, deforestation, and wildlife trade, degradation that causes both zoonotic disease and climate change.

Understood to be a zoonotic disease that jumped from nonhuman hosts, possibly bats or pangolins, to humans, the pandemic emphasizes the influence of the nonhuman world on human societies. Ecologists and epidemiologists have long predicted this sort of zoonotic outbreak when humans and wildlife are increasingly crowded together. Urban and suburban sprawl extends into wildlands; exotic animal products have become status symbols for urbanites; and impoverished rural villagers, finding traditional sources of agriculture and forest products depleted, turn to novel sources of wild meat known as bushmeat, making zoonotic infections more likely.

In his 2012 book, Spillover: Animal Infections and the Next Human Pandemic, the science writer David Quammen described the terrifying diseases, including Ebola, resulting from zoonotic outbreaks. In 2019, the "Global Assessment Report on Biodiversity and Ecosystem Services" warned of the threat: “Zoonotic diseases are significant threats to human health… Emerging infectious diseases in wildlife, domestic animals, plants or people can be exacerbated by human activities such as land clearing and habitat fragmentation…”

Extensive forest clearing and fragmentation of forests by roads and agricultural lands, deeper human penetration into wild ecosystems, and increasing consumptive uses of wildlife reveal a global economic system that disregards life and promotes ecocide as it prioritizes the accumulation and hoarding of wealth. Human well-being is impossible without robust, intact natural ecosystems where wild plants, animals, and processes can flourish, as shown by the emerging fields of one health and planetary health which study the linkages between human and ecological health. The Great Lull offers a much-needed pause to rethink the values that guide industrialized societies, re-orienting toward the flourishing of all human and nonhuman life.

The climate activist Naomi Klein has called for a rejection of individualistic, competitive, isolationist values as a key step to addressing climate change. In This Changes Everything: Capitalism vs. The Climate, she argues for the adoption of egalitarian and communitarian values that prioritize the collective.

The coronavirus pandemic is the first test in responding to climate change collectively. The unprecedented global shutdown—with nearly four billion people under stay-at-home orders promulgated by municipalities, states, and nations—shows the possibility of global collective action directed toward an urgent, specific goal. Interdependencies at a range of scales have emerged: in neighborhoods, neighbors deliver food to people self-isolating; between states, with U.S. states creating compacts to collectively procure and share medical supplies; and around the globe, as scientists collaborate on research on the coronavirus and share data like never before.

That the pandemic struck East Asia first prompted an early demonstration of communitarian values and practices to slow transmission of the virus. The cultural context of Confucianism, which emphasizes filial piety, respect for one’s elders, and honoring tradition, supported the collective adherence to government directives. Individual inconvenience was subsumed as citizens donned masks, ceased travel, and withdrew from the public sphere in collective actions meant to protect the whole. As with climate change, some limitations on personal freedom are needed to protect the collective. Recognizing the ways in which humans are shaped by webs of interdependence can allow people to perceive limitations as being inherent to participation in a community. To be sure, communitarian ethics can be used to suppress individuality and deny human rights. Careful discernment is required to maintain respect for human dignity together with communitarian values that encompass all living beings.

Many of the worlds religious traditions emphasize interconnection and reciprocity. Buddhism and Hinduism emphasize the interdependent and reciprocal nature of society and reality, identifying the myriad causes and conditions that shape events. Likewise, Indigenous traditions locate humans within networks of supportive relationships to which they have reciprocal obligations. Similarly, feminist ethics recognizes that the individual cannot exist outside of the myriad relationships and communities that mutually produce, shape, and constrain the individual.

Alternative values for ordering societies and addressing planetary challenges already exist. These values show the poverty of a society based on endless consumption and competition. The Great Lull is a pregnant pause for catching a glimpse of the world we want. During the lockdown, people have intuitively turned toward nature, flocking to local parks and recreation areas for a respite from the grief of unrelenting bad news. Humanity must nurture these places, plants, and animals that support our well-being, promoting collective, communitarian values from a range of traditions that can inspire us to work for our shared flourishing.

Dr. Allison thanks her graduate students, particularly Tamara Litke, Matthew Switzer, and Rebecca Siegel, for helpful discussions and comments that shaped this essay. 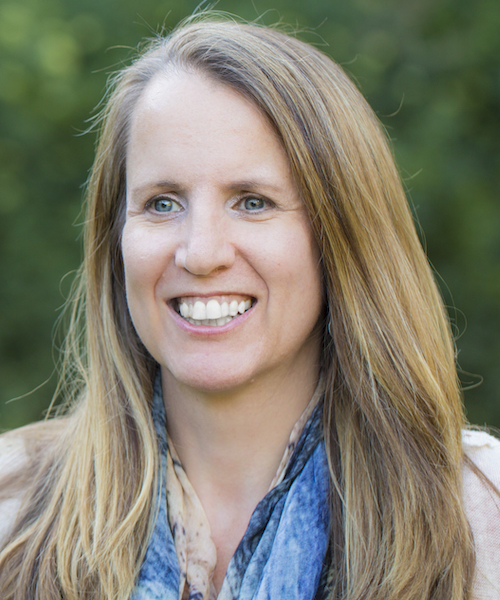 Elizabeth Allison, Ph.D., is an associate professor of ecology and religion at the California Institute of Integral Studies in San Francisco. She researches the convergence of religion and ethics with environmental policy and practice. Allison is co-editor of After the Death of Nature: Carolyn Merchant and the Future of Human-Nature Relations.