When it comes to the Free Exercise Clause of the First Amendment, the Supreme Court split into thirds in Fulton v. Philadelphia. This was the case positioned to overturn Employment Div. v. Smith, but that did not happen. Instead, the unanimous holding was a reaffirmation of the bedrock principle under the First Amendment that unlimited government discretion burdening First Amendment interests is subjected to strict scrutiny.

While there was nothing new in free exercise jurisprudence in the Court’s holding, six justices did put down their stakes on the future of constitutional free exercise jurisprudence. All nine justices agreed on the fundamental First Amendment principle that disfavors government unbridled discretion that burdens First Amendment freedoms. They held that Philadelphia’s unchecked discretion to choose to apply its anti-discrimination rules to foster care agencies triggered strict scrutiny, and the city failed to show a justification for such discretion. The constitutional error, therefore, is easily fixed: Philadelphia needs to remove its arrogation to itself of latitude to follow the city’s fairness policies and instead apply those policies to every agency—without exception. That much is straightforward.

More complicated was the patchwork of free exercise jurisprudence dicta. Three justices took no position on the future of free exercise: Chief Justice Roberts and Justices Sotomayor and Kagan. They were content to reaffirm a traditional constitutional principle all nine justices agreed on. They all invalidated Philadelphia’s foster care contract with Catholic Social Services (CSS), because the city allowed itself complete discretion over whether to impose its anti-discrimination policies on agencies. When the government accords itself unilateral discretion that burdens free exercise, the law is not generally applicable and triggers strict scrutiny, just as the Court held in Church of Lukumi Babalu Aye v. Hialeah. A similar principle is a bedrock in the free speech cases, where unbridled discretion over parade and use permits has been treated to searching scrutiny. Roberts, Sotomayor, and Kagan saw no reason to address the vitality of Smith.

That left six justices split over what to do about Smith, if anything. The fault line between them rests on interpretation of the history of the Free Exercise Clause. Many, including myself, feared that the new conservative majority on the Court would abandon Smith and instead hold that the First Amendment mandates religious exemptions to neutral, generally applicable laws. This interpretation—which rests on a weak historical record—sets religious actors above the law and was a mantra by religious litigants even before Smith was decided. When the Court definitively rejected it in Smith, religious entities turned away from the Court and toward Congress to obtain such rights through a statute, the so-called Religious Freedom Restoration Act (RFRA). But as it is only a statute, and not a constitutional command, the debate over Smith persisted.

That left six justices split over what to do about Smith, if anything. The fault line between them rests on interpretation of the history of the Free Exercise Clause.

Predictably, there were justices in Fulton who followed the overly protective pathway, but only three: Justices Alito, Gorsuch, and Thomas. Justice Alito’s concurrence in the judgment went on for 76 pages trying to make the case for mandated exemptions in at least some contexts. The lengthy, wide-ranging ramble through free exercise history only persuaded three justices.

Justice Amy Coney Barrett, joined by Justices Kavanaugh and Breyer, wrote a concurrence that rejected Alito’s historical account, stating, “I find the historical record more silent than supportive on the question whether the founding generation understood the First Amendment to require religious exemptions from generally applicable laws in at least some circumstances” [1]. Thus, she counseled patience and care with any re-interpretation of Smith. Her concurrence strongly cautioned against rushing into overruling Smith, and suggested that the Court would need to reconsider free exercise on a case-by-case basis, and not through the wholesale rejection proffered by Alito, Gorsuch, and Thomas. I heard echoes in Barrett’s concurrence of Justice Sandra Day O’Connor’s approach to free exercise in Smith and Boerne v. Flores, where she expressed approval of a context-based approach to free exercise cases, and a use of strict scrutiny that was quite deferential to government interests.

What Fulton Means for LGBTQ Rights

The good news in Fulton for LGBTQ rights was that six justices do not have the appetite or agenda to jettison free exercise jurisprudence wholesale. Smith and Lukumi remain controlling, which means that a religious entity that seeks to avoid neutral, generally applicable anti-discrimination laws will have an uphill climb. As I stated above, the fix for the constitutional error in this case is to make the anti-discrimination law applicable to all agencies without exception. Philadelphia would do well to take that step now if it is intent on protecting the rights of LGBTQ youth and couples in the foster care and other agency contexts.

The reality, though, is that the law of free exercise is not just constitutional and, in fact, Fulton does not address all free exercise threats to LGBTQ youth and couples. The free exercise statutes are more threatening to LGBTQ freedom and equality than the First Amendment. Let’s not forget—they are just statutes, not constitutional mandates. RFRA and the state versions, like Pennsylvania’s Religious Freedom Protection Act, provide means to discriminate by instituting hyper-strict scrutiny of the law, including civil rights laws. Until Burwell v. Hobby Lobby was decided, there were some who thought the civil rights laws would be a bulwark against RFRA, but that case proved they are not. For that reason, amendments to the RFRA statute to curb its negative impact on LGBTQ civil rights are under consideration in Congress, from the Equality Act to the Do No Harm Act.

The reality, though, is that the law of free exercise is not just constitutional and, in fact, Fulton does not address all free exercise threats to LGBTQ youth and couples.

As I have discussed previously, the supporters of RFRA and extreme religious liberty often take the rhetorical route of talking about RFRA as though it is constitutionally required, and not the arbitrary law it is. Let’s be clear on this: RFRA is sui generis. After Fulton, the future of dignity and equality for LGBTQ rests on the political processes.

Fortunately, the political branches can apply a broader LGBTQ horizon than did the Court in Fulton. As I discussed in my column, the Court mistakenly in my view only focused on the needs of Catholic Social Services and same-sex couples in considering government interest. They elided another element of this universe that the political branch should not ignore: the interests of the children in this process. They are not merely collateral to the program; they are the reason for it. The case solely addressed whether same-sex couples have rights against discrimination in the foster care system, but not whether LGBTQ children do. Dictum in Chief Justice Roberts’ opinion for the majority indicated in passing that CSS will place LGBTQ children in foster care, but not with same-sex couples, as though that made CSS’s discrimination less invidious. But that practice means that children cannot be nurtured by those who live in committed, legal marriages, and are like them. That is a cruel message to LGBTQ people, both children and couples. Any law that deals with such discrimination needs to consider the harm to children and adults generated when a social service agency is permitted to discriminate.

After Fulton, the future of LGBTQ rights rests not with the Supreme Court, but rather with lawmakers at the state and federal levels.

After Fulton, the future of LGBTQ rights rests not with the Supreme Court, but rather with lawmakers at the state and federal levels. They hold the power to protect the children and families in this space and to carve back the toxic reach of the extreme religious liberty statutes, including RFRA. 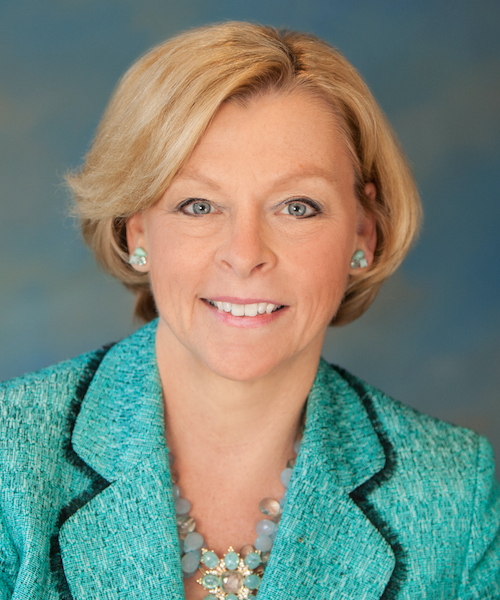