Fulton and the Future of a Contrived Culture War

For decades, the battlefield of America’s culture wars has featured a major, fabricated conflict between religion and the LGBTQ community. Engineered by the religious right, these discriminatory machinations have victimized not just LGBTQ people, but countless other minority groups—non-Christian faith communities, women, people of color, immigrants, and communities directly impacted by poverty. Despite a narrow victory for Catholic Social Services, the Supreme Court’s unanimous decision in Fulton v. City of Philadelphia denied the religious right, for a second time, a license to discriminate against LGBTQ people and other minority groups.

In light of Fulton, some have argued that the Court has communicated to the American public that it views the rights of LGBTQ people and the rights of a specific subset of anti-LGBTQ religious actors as equally vital and compelling. That is grossly untrue. What the Court determined is that non-discrimination laws can apply to religious organizations so long as they are generally applicable and enforced neutrally—in this case, the Court determined that the city of Philadelphia failed to meet this requirement when it allowed a commissioner sole discretion over exemptions.

While not a complete victory for American civil rights, this decision provides temporary reprieve as we discern and prepare for how the future of this debate surrounding religious freedom and LGBTQ rights will unfold.

While not a complete victory for American civil rights, this decision provides temporary reprieve as we discern and prepare for how the future of this debate surrounding religious freedom and LGBTQ rights will unfold.

American democracy is rooted in the unfulfilled vision of equal protection under the law for all. The movement for LGBTQ rights, like all other civil rights movements in America, is motivated, in part, by a desire to see America live up to its highest ideals. It is a movement in service to the nation’s commitment to forming a more perfect union by ensuring that all of its citizens and inhabitants have their rights protected and dignity affirmed.

But, as Eddie Glaude Jr. writes in Begin Again, “Our sincere commitments to democracy have always been shadowed by the lie evident in our practices,” and it is far too often that our nation’s practices have elevated and privileged the particularly anti-LGBTQ, anti-Black, anti-women beliefs of certain religious institutions. So, while some pose the question of how we address the alleged conflict between religious freedom and LGBTQ rights, what we must ask ourselves is how we protect our democracy from those who would threaten its foundations under the guise of religious freedom.

What we must ask ourselves is how we protect our democracy from those who would threaten its foundations under the guise of religious freedom.

As President Biden recently reflected, “we are at an inflection point between democracy and autocracy.” The fate of our democracy rests in the vigor with which we commit to defending its core values of equality and justice. This is especially true regarding the rights of gender and sexual minorities whose liberties have often been treated as disposable in the face of the religious right’s endless false claim of an assault on religious freedom in America. As Marie Juul Petersen of the Danish Institute for Human Rights aptly notes, “insistence on the incompatibility between freedom of religion or belief and gender equality has the potential to destabilize and delegitimize the broader human rights system.”

Protecting religious freedom is a critical part of safeguarding our democracy. Religion has always been a core part of civic life, and the free exercise of religion is an integral component of any flourishing democratic society—as is freedom from the imposition of religious tenets. Defending religious freedom, however, has become a political paradox—where it is being used by the religious right as justification to enact political, social, and other forms of violence against minority groups.

The religious right’s goals in Fulton, much like in Masterpiece Cakeshop v. Colorado Civil Rights Commission, have been to change legal precedent, and good law, in pursuit of its theocratic vision for America.

In their amicus brief in Arlene’s Flowers v. State of Washington, Samaritan’s Purse and the Billy Graham Association assert that the Court “should reject the notion that accommodation of one’s Christian Faith in civil society will inevitably justify discrimination against those who do not share that faith.” They argue that the Washington Supreme Court’s protection of LGBTQ people from discrimination in matters of public accommodation is implicitly hostile toward religious beliefs that are not LGBTQ affirming—beliefs that do not affirm the right, dignity, and validity of LGBTQ people.

This pursuit of a license to discriminate against LGBTQ people—and by extension, any group—is the pursuit of a legal right to enact sociopolitical violence, masquerading as the defense of religious liberty.

Our current political climate shows us the lengths to which the religious right—an elite, highly funded, well-platformed, and incredibly powerful ecosystem of conservative religious individuals and institutions—will go to materialize their anti-democracy vision for America and the world.

And yet despite the religious right’s pursuits, American people of faith are overwhelmingly supportive of laws that clearly and explicitly protect LGBTQ people’s right to live free from discrimination. The Public Religion Research Institute’s 2019 American Values Atlas detailed how a majority of every religious group in the United States supports non-discrimination protections for LGBTQ people. Meanwhile, it's important to understand that LGBTQ people are also, despite the religious right’s claims, people of faith ourselves. The UCLA School of Law’s Williams Institute published a report titled “Religiosity Among LGBT Adults in the US” showing that 46.7% of LGBTQ adults are religious, a number that skyrockets amongst most communities of color. (For example, 71% of Black LGBTQ adults identify as either moderately or highly religious.)

The question is not whether or not we can strike a balance between religious freedom and LGBTQ rights. The premise therein is flawed—LGBTQ people are also people of faith, and the LGBTQ community has broad support from all religious communities in the country. The material question at hand is whether or not we will allow our jurisprudence to privilege a minority of Americans whose sincerely held religious beliefs have motivated them to pursue an agenda that would enshrine their convictions in American law and policy over and against all others. That objective is exactly opposite the very definition of religious freedom, and an affront to our democracy.

The question is not whether or not we can strike a balance between religious freedom and LGBTQ rights. The premise therein is flawed—LGBTQ people are also people of faith, and the LGBTQ community has broad support from all religious communities in the country.

Ultimately, the battle for LGBTQ rights is simply one component of a broader campaign to defend our democratic principles. White evangelical Protestant opposition to the Civil Rights Act of 1964 has been well documented, and how the fight for racial justice has played out in the courts has very much mirrored the LGBTQ rights battle. Every effort to advance civil rights in this country is intricately woven together in a tapestry of unrelenting hope in the face of a massive campaign to coronate white Christian nationalism as the law of the land. All roads lead back to the Christian elements of the religious right.

The Christian right’s stonewalling of racial justice, entrenchment in the battle against the rights of sexual and gender minorities, and opposition to other democratic causes are its defining characteristics because at its core, it has always been a white supremacist, heteropatriarchal colonial project. This has never been a conflict between religious freedom and LGBTQ rights—it is a battle between the religious right and our very democracy.

The future of American democracy depends, in part, on our ability to ask better questions—our willingness to confront the truth in reconciliation. We must ask ourselves how do we most effectively, compassionately, and vigorously perfect our union by inscribing into our laws consistent, permanent, and explicit protections for—in Howard Thurman’s words—the disinherited, all while defending against the relentless siege of the religious right and its more tyrannical impulses. The question cannot be, and has never been, what is the way forward for religious freedom and LGTBQ rights as if they were enemies fighting over a scarcity of justice. There is no such scarcity, only a scarce commitment to ensuring that our democracy works for everyone. 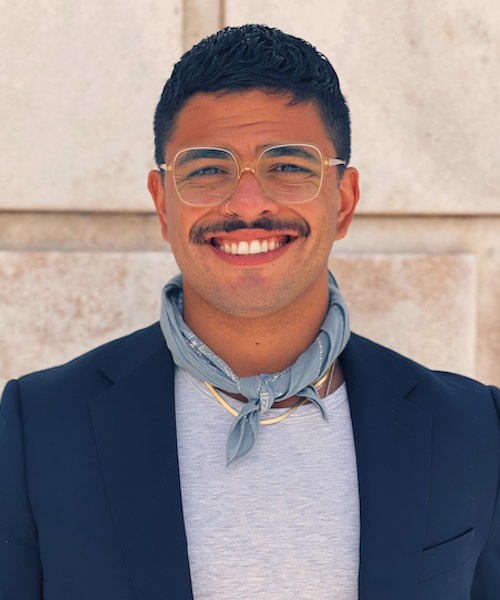 Michael Vazquez is a public theologian, homiletician, and community organizer currently serving as the Religion & Faith Program Director at the Human Rights Campaign. He holds an MTS from Duke Divinity School, and his research focuses on the influence of religious rhetoric on law and policy and the impact of theocratic movements on gender, sexual, and racial minorities.