In Fulton v. City of Philadelphia, a unanimous U.S. Supreme Court held that the City of Philadelphia violated the First Amendment right to the free exercise of religion when it denied one of its contractors, Catholic Social Services (CSS), a religious exemption that would allow it to turn away same-sex couples seeking certification as foster parents. CSS sought such an exemption based on its religious belief that marriage is a sacred bond between a man and a woman.

Scholars, advocacy organizations, and the media have offered conflicting takes on the Fulton decision. Some characterize it as a victory for equality and LGBTQ people; others claim victory for religious freedom. Some see the Court’s narrow factual holding—it grounded its decision on a contract between the city and CSS, rather than on a city-wide public accommodations law—as a harbinger of future pro-LGBTQ decisions; others view that narrow approach as an outcome-determinative strategy that is evidence of the Court’s chipping away at public accommodations laws in a way that eventually will render them hollow for LGBTQ people.

But what if the purported tension between the First Amendment and equality principles as instantiated in public accommodations laws isn’t really the fulcrum of the dispute among the justices about how to resolve today’s religious exemptions claims? Perhaps, instead, the fulcrum of the dispute is how the Court ought to square religiously based racial discrimination with religiously based sexual orientation discrimination. A finding that they cannot be squared would result in LGBTQ exceptionalism—a determination that LGBTQ people simply aren’t entitled to the same protection from public accommodations law as are people of color, even though such laws contemplate that both classes of people will receive the same protections.

The Court previously has rejected a religious exemption claim to engage in racial discrimination. In the 1968 case of Piggie Park v. Newman, the Court rejected the religious exemption claim of a white restaurant owner—whose religion instructed that the races should not mix—who sought to turn away African American customers, even though federal law prohibited such discrimination.

In the 1968 case of Piggie Park v. Newman, the Court rejected the religious exemption claim of a white restaurant owner—whose religion instructed that the races should not mix—who sought to turn away African American customers.

Resolving current cases by analogizing to past cases with similar facts is a common judicial tool, which makes the analogy to Piggie Park compelling in the context of today’s religious exemption cases. Given that the Court rejected a religious exemption for racial discrimination in Piggie Park, LGBTQ rights advocates argue that today’s exemption requests for sexual orientation discrimination should similarly be denied.

Discussion of the race analogy was prominent in the Fulton oral argument (as it was in the Masterpiece Cakeshop v. Colorado Civil Rights Commission oral argument), with the justices apparently divided along the conservative-liberal divide about whether to accept it. The conservative justices fear that analogizing to Piggie Park and religiously motivated racial discrimination will inaccurately brand today’s exemption seekers as bigots. This concern arises because of the contingent nature of bigotry: Today, most people looking back at cases like Piggie Park likely would describe religious opposition to desegregation as racist because social mores have largely changed to embrace formal racial equality. Thus, the reasoning goes, using the race analogy in contemporary religious exemption cases will unfairly equate today’s exemption seekers with the racists of yesteryear. But this contemporary normative framing of past religious justifications for racial discrimination is wrong as a matter of historical fact: Religious opposition to racial integration in the 1950s and 1960s was mainstream and widely accepted. To be sure, the religious case for maintaining segregation was neither monolithic nor unanimous, but it was, in fact, viewed by many as a legitimate, non-bigoted, and sensible position. Similarly, today, religiously based opposition to same-sex marriage, while not monolithic, is considered a sensible position by many.

To be sure, the religious case for maintaining segregation was neither monolithic nor unanimous, but it was, in fact, viewed by many as a legitimate, non-bigoted, and sensible position.

This conclusion is bolstered by the fact that courts regularly treat religious beliefs as sincerely held; put another way, courts do not make normative judgments about asserted religious beliefs. Indeed, “the place of secular officials isn’t to sit in judgment of religious beliefs, but only to protect their free exercise.” Thus, those with religious opposition to racial equality in the 1960s “are entitled to the same presumption of sincerity as current opponents of gay equality.” The result is that justices ought not base an attempt to distinguish Piggie Park from today’s religious exemption cases on the alleged—but inaccurate—normative differences between the people of faith who opposed desegregation and those who oppose same-sex marriage.

The reluctance of some justices to acknowledge the factual and legal parallels between faith-based discrimination predicated on race and faith-based discrimination predicated on sexual orientation is one way in which supporters of religious freedom and advocates of LGBTQ rights often seem to talk past each other. In the race analogy, these justices see accusations of bigotry hurled at traditional Christians, while LGBTQ advocates see analogous case law that, if applied, would create a desirable coherence in anti-discrimination law—an outcome that can be consistent with characterizing today’s exemption seekers as sincere rather than bigoted.

In the race analogy, these justices see accusations of bigotry hurled at traditional Christians, while LGBTQ advocates see analogous case law that, if applied, would create a desirable coherence in anti-discrimination law.

In short, today’s exemption seekers may be both sincere and unbigoted and denied religious exemptions to anti-discrimination laws consistent with Piggie Park. In this way, the lessons from the history of religion, namely that religious objections to racial equality were not considered bigoted by portions of American society, might find resonance in our current moment. Considering the race analogy in historical context—when coupled with the Court’s obligation to treat religious beliefs opposing racial desegregation and religious beliefs opposing same-sex marriage with similar deference and respect—may begin to address conservative justices’ concerns about today’s religious exemptions seekers being branded as bigots.

To be sure, the Court’s ultimate determination of whether traditional Christians may turn away same-sex couples in the face of a public accommodations law will be grounded in constitutional principles upon which the Court will base its legal analysis. The antecedent question that must be resolved, however, is whether there is a principled way in which to distinguish past rejection of religious exemptions for racial discrimination from today’s requests for religious exemptions for sexual orientation discrimination. History, and the Court’s commitment to respecting all sincerely held religious beliefs, suggests that the Court may simultaneously affirm the sincere and honorable character of today’s exemption seekers and achieve coherence in anti-discrimination law by denying sexual orientation religious exemptions. 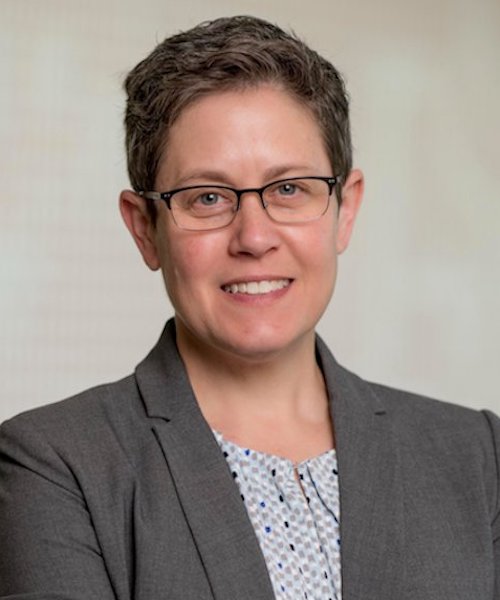 Kyle Velte is associate professor of law at the University of Kansas School of Law. Her scholarship, which examines the intersection of sexuality, gender and the law, has appeared in law journals, including the Yale Law & Policy Review, Cardozo Law Review, and Connecticut Law Review. Her recent scholarship focuses on the perceived tensions between religious freedom and LGBTQ civil rights along three axes: law, policy, and theory.